Germany is known for its love of beer and sausages, but also for being very efficient and precise. So it's no wonder that traffic signs, as well as general traffic rules, are in most cases very clear and logical. For the road signs in Germany that aren't, we've prepared a brief introduction to what you need to be aware of when driving there and what certain, rather unusual road signs might mean.

Here we will go over the following topics about road signs in Germany.

In Germany, it is common to drive a car with a manual transmission, as it is in much of Europe. If you are coming from the United States or the United Kingdom, you should ask the rental agency if you can rent a car with an automatic transmission. Keep in mind that these cars are usually more expensive as there are fewer of them. If you plan to use your rental car in Germany for long journeys, it may be worth asking for a diesel car as they are usually cheaper for long-distance journeys.

When driving on the motorway, you should drive as fast as you can still control the car well. If you overtake someone and then continue in the right lane, don't be surprised if the car behind you starts flashing its lights. This means that he wants to go faster than you and that you should move back to the left lane. Just make sure you always switch back as soon as you overtake others and it will be fine.

To support the huge road network that stretches across the country, there are also much rests stops set up along the highways. They are usually 40-60 km apart and you can often find restrooms there, as well as picnic areas and gas stations where you can rest after your drive. If you are interested in reading more about motorway service areas, you can find all the details here 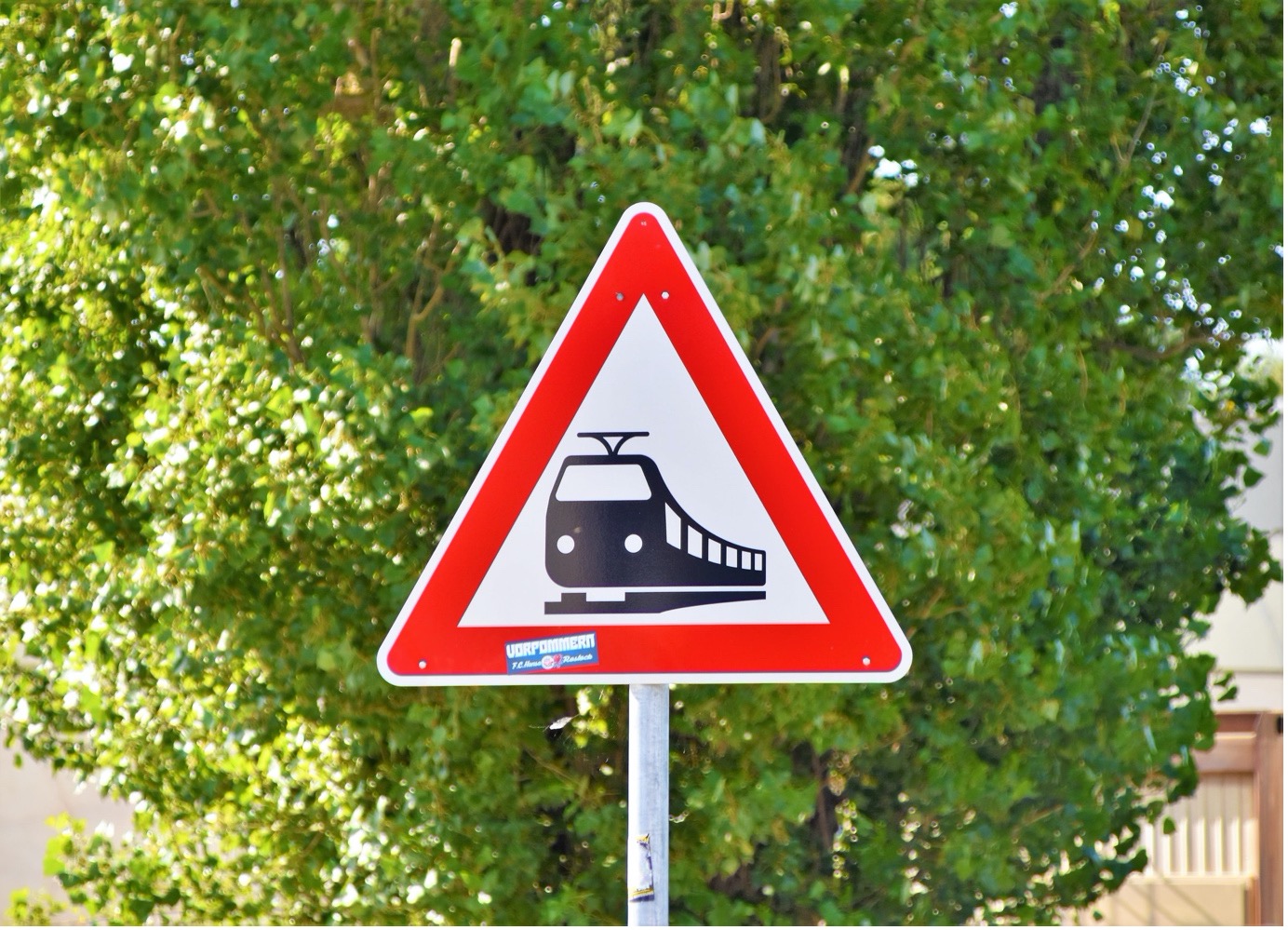 As in most countries in Europe, you must drive in the right lane and overtake in the left. Slo- moving vehicles must always move over to the right side to allow faster vehicles to overtake on the left.

If you are from the United States or a country outside European Union, then you will need an international driver's license as well as your original car rental license.

The minimum legal age for driving is 17, which is different from the rest of Europe. Regardless, most car rental companies will only rent the car if the driver is 18, and if under 25, they usually charge an additional fee for young drivers as they consider them a riskier age group.

Speed limits (on motorways and elsewhere)

Germany is known for its motorways where there are no speed limits. This is the reason why many drivers with fast sports cars go there, to push the accelerator and see how fast their rental car can go. But there are also speed limits on highways, even if only on partial stretches. Usually, that's when there's a sharp curve or an interchange. The limit there can range from 80 to 130 km/h. Also, as you enter the country, you will see road signs marking the speed limits for cities, regional road, and highways. Note that the limit for the first two is strictly enforced and a fine will be imposed if you exceed it, while the limit for the motorway is merely a recommendation from the German Government.

If visibility is poor or road conditions are bad, you must also adjust your speed or you will be fined, even though there is no official speed limit. Pay attention to road signs in Germany when driving in heavy fog.

Even though the autobahns are a bit like Wild West, that doesn't mean there aren't strict speed limits elsewhere. In cities, as everywhere else in Europe, the usual 50 km/h limit applies.  In Germany, the start of an urban area is marked by a yellow road sign with the name of the town or city. Remember that your speed must already be below the speed limit when passing this road sign, otherwise, you will be fined! If you are driving in rural areas, a speed limit of 100 km/h applies by default.

If you are travelling with children under the age of 13 or under 1.5 meters tall (whichever comes first), you should be aware that they can only sit in the back seat.

Equipment in the car

It is not mandatory to have any of the above items in your rental car, but they are all highly recommended as they increase the safety of the driver and other passengers. 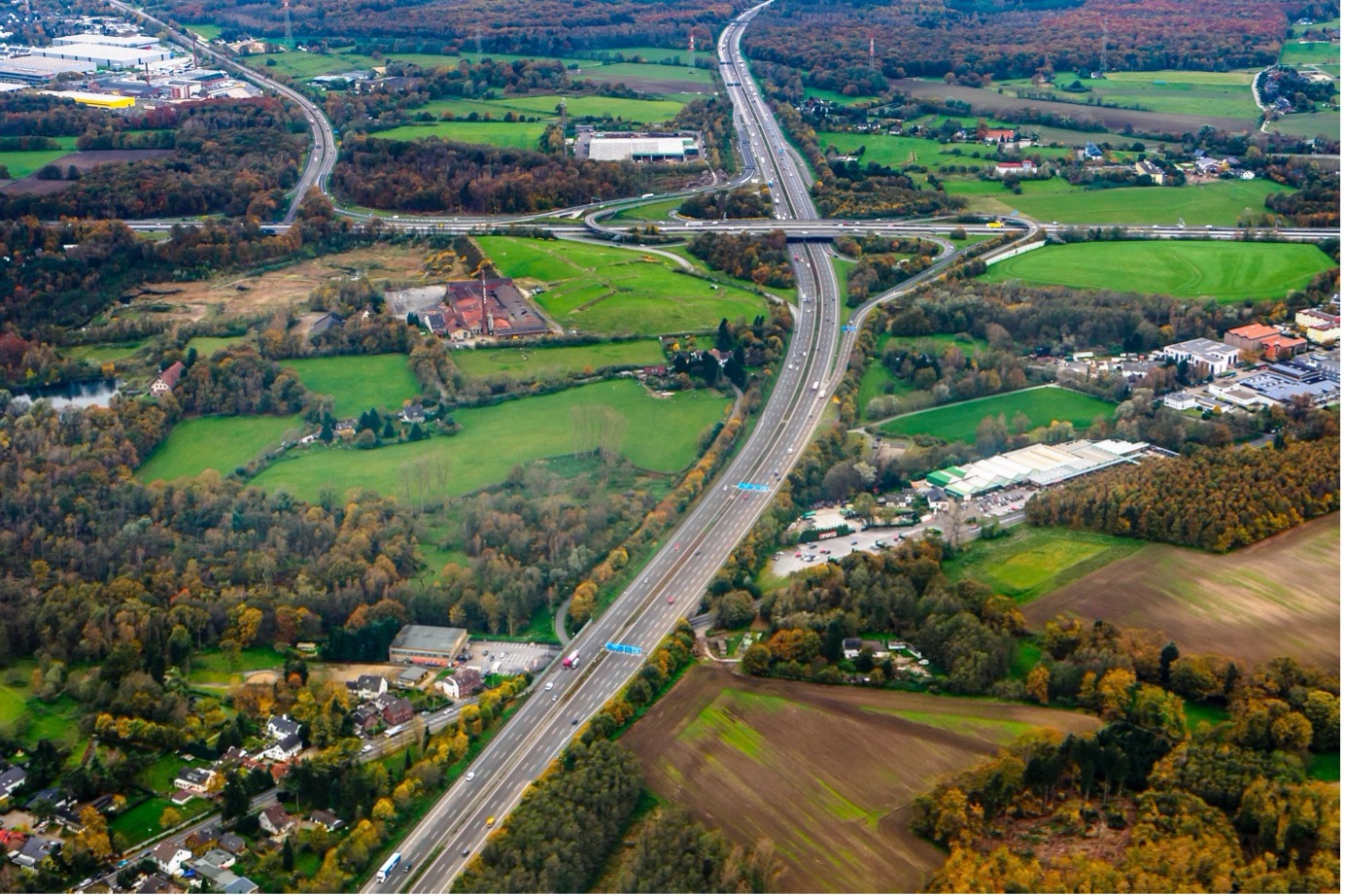 These road signs are written in German

Due to the large volume of traffic that flows through Germany on a daily basis, most road signs in Germany are written in such a way that the meaning is clear, no matter where you are from. However, sometimes you will find a road sign in Germany that says something in German. You may be thinking to yourself, "I don't speak German, what should I do?, but don't worry, we've compiled the most common road signs in German, along with their translations below.

In addition to these types of street signs in Germany, you can also stumble across some that don't have anything written on them but are just colour coded. Here are a few examples:

A circular yellow road sign with a green border and a green letter H in the middle. This marks a bus or tram stop and is usually found in cities. Parking is not allowed here.

Outside tunnels, you'll see road signs showing a car with its headlights on and the words Licht an! or Licht aus? It's to remind you to turn on your headlights before entering the tunnel and turn them off when you exit.

If you are going to park on a smaller street, you may see a red and white ribbon marker wrapped around the street light. This means that this light will not stay on all night, so it is not advisable to leave your car there overnight as it is more likely to attract unwanted attention.

If you choose to rent a car in an airport, you may see a triangular road sign with an airplane on it nearby. Be prepared for unexpected noise and, if you're driving at night, the glare of landing lights.

Sometimes you may come across a road sign that only applies under certain conditions. For example, if you see a road sign indicating a speed limit, and below it is a square black and white road sign with a car in waves and the words bei Nasse. This means that the above speed limit only applies when the road is wet.

As more and more emphasis is placed on protecting the environment, it is not uncommon to see road signs in larger cities that regulate the types of vehicles that are allowed in certain areas. These street signs consist of 2 parts, the top one has a white circle with a red border that says environment. Below that is a road sign with a red, yellow and green circle indicating that only vehicles with that type of sticker are allowed in that zone.

Freie Fahrt für freie Bürger! - Free travel for free citizens! This is a popular saying in Germany when it comes to toll roads. The country doesn't charge tolls for vehicles under 3.5 tons, which means you don't have to worry about paying any fees when you use the highways (unless you have an incredible amount of luggage).