Find the best deals in Portugal

Portugal is an epic country to explore and possibly one of the most beautiful countries in Europe, where there are so many places that are diverse and unique. With all of Porto's stunning cobbled streets, the spectacular coastline near Lagos, and the palaces of Sintra, and we could go on ... but the fact is that there are so many incredibly beautiful and best places in Portugal to discover. Portugal is located in the southwest of Europe, a fifth of the Iberian Peninsula that it shares with Spain. Portugal has its language, its own culture and cuisine. The shape of Portugal is rectangular, the longest distance from north to south is 561 km, and the widest distance from east to west is 218 km. Portugal is divided into regions, each with unique characteristics, history, landscapes and gastronomy. The regions are from south to north: Algarve, Alentejo, Lisbon and the Lisbon coast, Extremadura and Ribatejo, Beiras, Douro and Tras-os-Montes and the Miño.

What are the best spots to hire a car in Portugal?

At Orbit Car Hire we have a wide range of car rentals to offer in all categories available to book online in all regions of Portugal. It is important to choose the vehicle that will suit your trip the best, you will not be disappointed to explore the countries biggest pearls:

The Algarve is located on the Portuguese coast and is a region with many soft sandy beaches and picturesque fishing villages. This is one of the most popular places in Portugal for visitors seeking sun, sea and sand. The Algarve is truly one of the best places to visit in Portugal, especially because of its natural beauty. Once you are there, head to the island of Tavira for a beach retreat, or visit the Costa Vicentina Natural Park to stroll along the scenic cliffs that seem measured by the sea. Alternatively, take a boat trip to Benagil Cave or explore the stunning area around Lagos or Sagres. For a quieter beach, head to Praia do Amado on the west coast of the Algarve. The best way to get to the Algarve is by car. Even if you rent a car in Lisbon you will only spend about 3 hours getting to Sagres. You can also easily reach Faro by train from Faris to Faro, but the situation with public transport in the Algarve is quite limited. So If you rent a car it is a straight road down the motorway into the Algarve and it is quite easy to get around Portugal. you can also fly directly to Faro airport and hire a car there.

Book a car online for your Sintra vacation

There was a rich man Carvalho Monteiro who decided to build an incredibly opulent palace with gardens full of hidden tunnels and secret shit! These beautiful gardens are located in Sintra and offer a variety of fascinating structures. Most famously, there is an underground tower with a spiral staircase, the purpose of which is unknown. The gardens themselves have been designed to represent ancient secret orders such as the Knights Templar and the Masons. You can spend several hours wandering the gardens and exploring the enigmatic tunnels. If you look closely, you might even find an Indiana Jones-style stone revolving door. Sintra is also home to three different palaces, of which the Palácio da Pena is probably the most famous and most photographed. It is located on a hill next to the city and is easily visible from afar. It dates back to the Middle Ages and has distinctive yellow and red walls and domed towers that make it look like a fantasy castle. This is in contrast to the Moorish castle on another nearby hill with its fortified stone walls and massive battlements. It also offers beautiful panoramic views of the surrounding countryside. 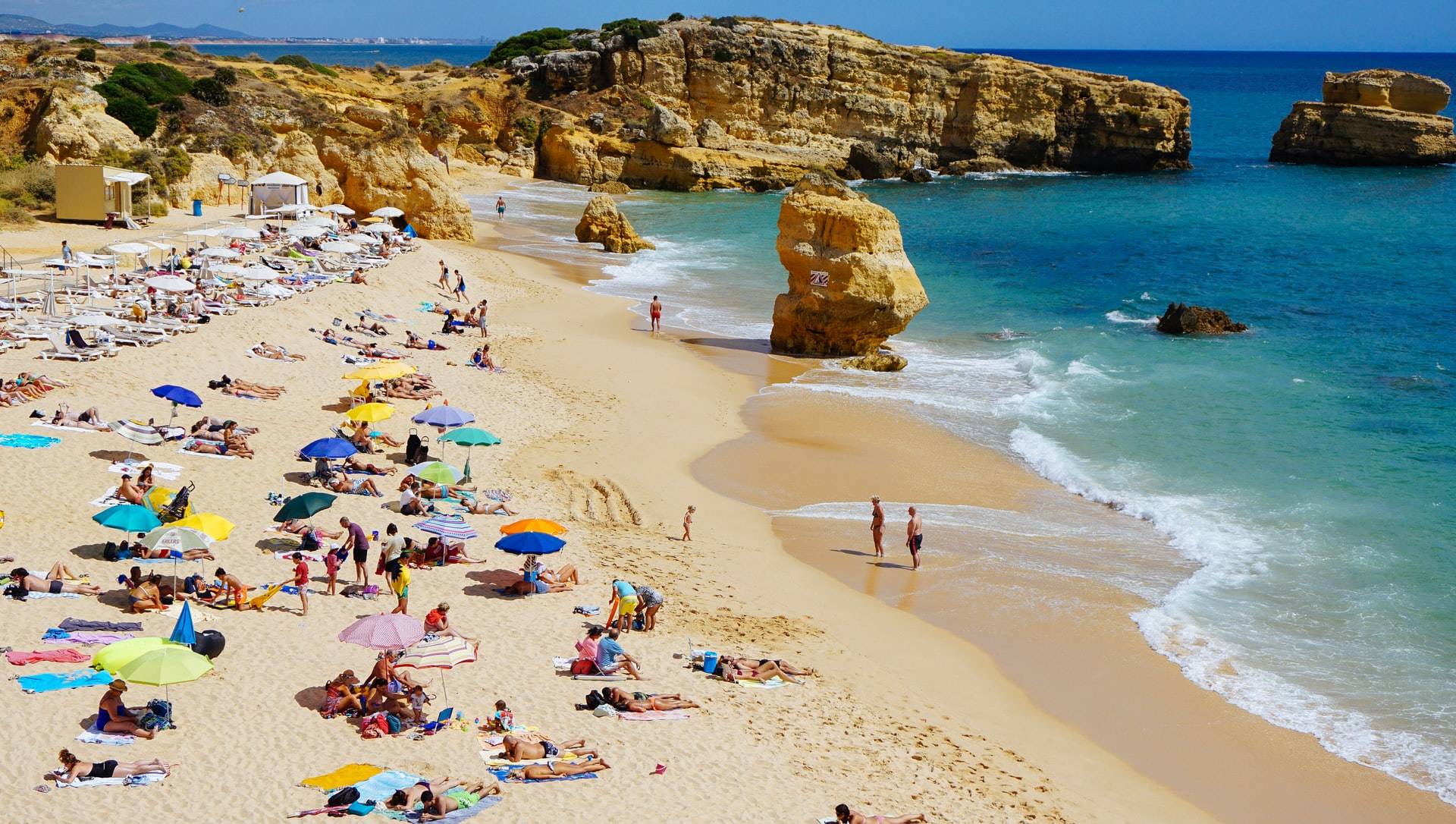 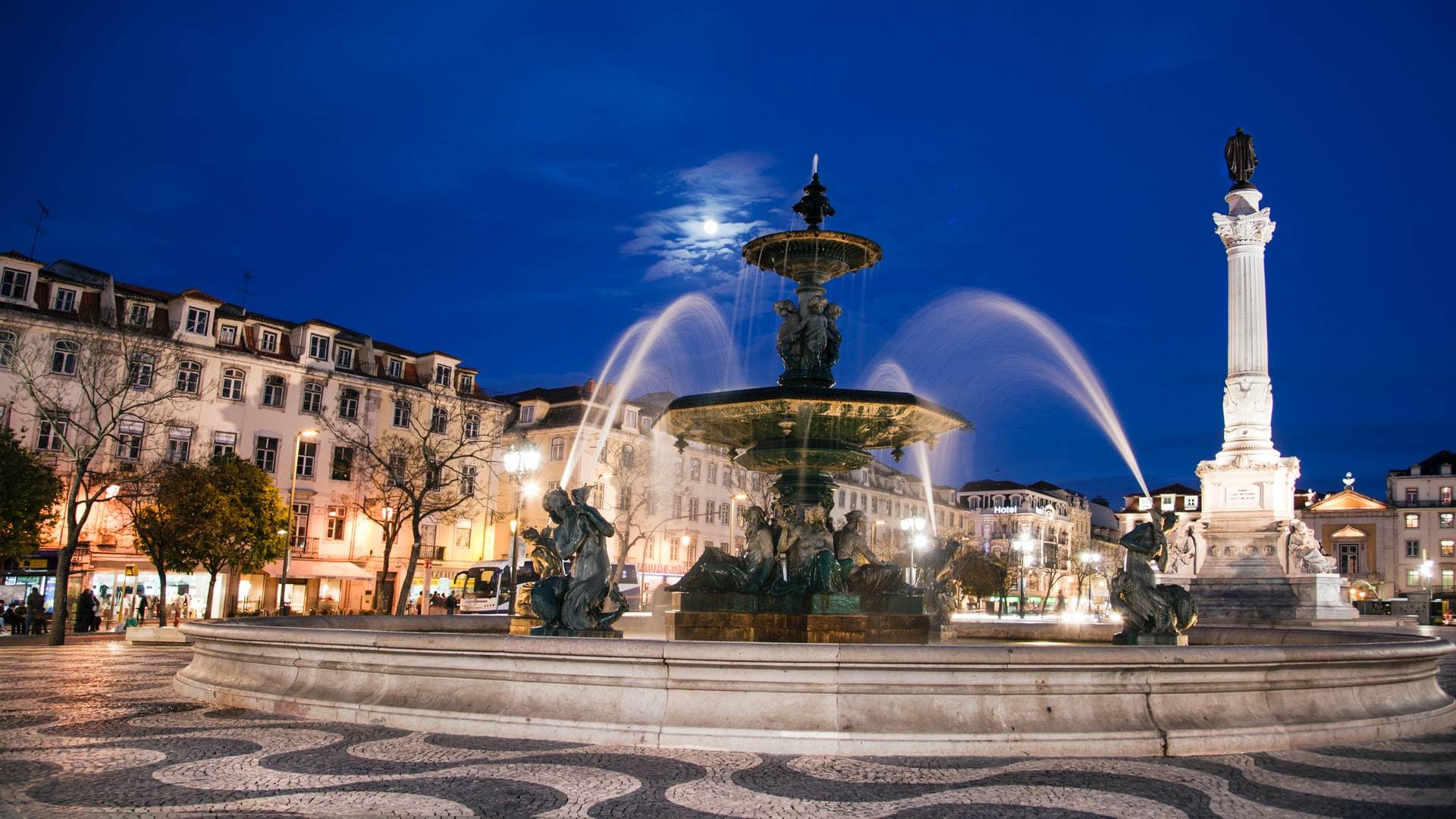 Coimbra is home to one of the oldest universities in Europe, the site of which is now a UNESCO World Heritage Site. The old university campus appears palatial and includes a ceremonial hall, a chapel and an absolutely impressive library. The nearby botanical garden and the science museum are also worth visiting. It would also be worth going up the clock tower. If you are lucky, you will see students from the adjacent sites in their traditional black uniforms. The neighbourhoods around the university are a bit shabby and covered in graffiti, although the lower part of Baixa near the river has a lot of charm. Some travellers make Coimbra as a day trip from Porto or Lisbon, or to split the trip between these cities.

If you are not only looking for beaches or cities but also fresh mountain air, head to the Serra da Estrela, the highest mountain range on the Portuguese peninsula. A few times a year, the Serra appears on Portuguese television with headlines such as "snow in Portugal". You can see that there is often snow in the fall and winter. The fluid landscapes and scenic roads of the region may not be as good as other European mountain ranges, but they make for a relaxing trip. The area also has its share of cute villages and its cultural quirks, like a famous cheese and even its breed of dog. A popular hike leads to the Poco do Inferno waterfall and is well signposted and when you have finished hiking in the Serra, you can relax in the Manteigas thermal baths.

This small fortified cobblestone town near the Serra da Estrela has an interesting history. It is home to a community of crypto-Jews, descendants of Jews who were forced to hide their beliefs during the great inquisition. They pretended to have converted to Christianity publicly but continued their traditions in private. Secretly, the community slowly began to differentiate itself from others in its practices. The Belmonte Jewish Museum gives you an interesting insight into this history. Belmonte is also a lovely place to visit for at least one afternoon to see its many charming houses, gardens with orange trees, a small castle and several other local museums. 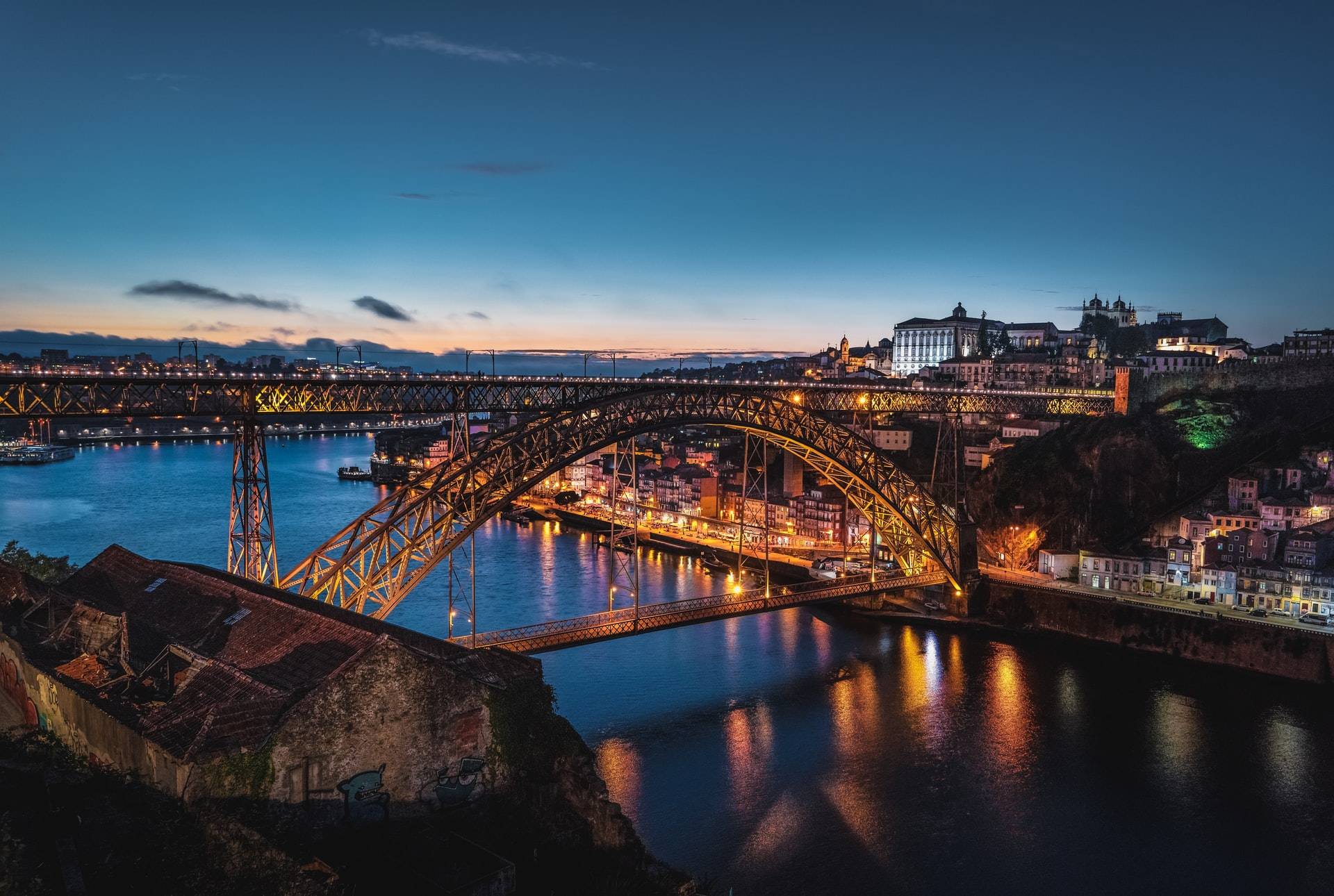 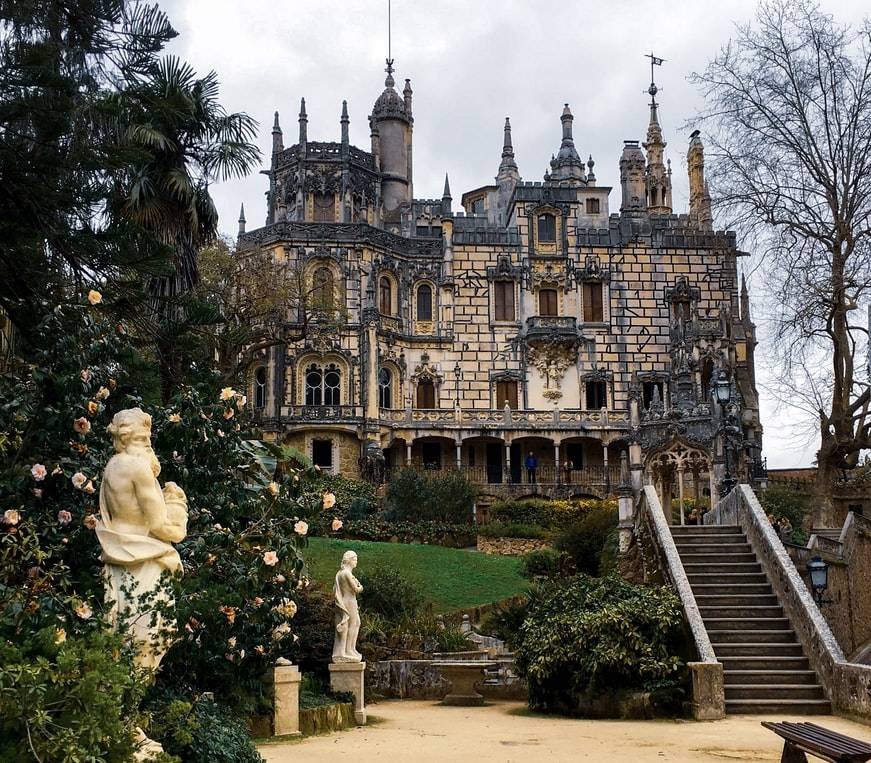 The small town of Évora sits in the middle of the hot and dry Alentejo region of Portugal, which is full of cork oaks and vineyards. Évora is primarily of historical interest, with landmarks such as several churches and cathedrals, two museums containing religious artefacts, and the crumbling columns of a Roman temple. It is a wonderful city that is indispensable for any road trip in the Alentejo and is even worth it on its own. The city centre, which is partially separated by an old wall, has bright white traditional houses with yellow outlines on the edges and window sills. Be sure to visit the Chapel of Bones, once created by monks to commemorate the impermanence of the human condition. The entire chapel is adorned with bones, skulls, and even entire skeletons that hang on the wall.

In recent years, Lisbon has experienced a tremendous resurgence, some even say it has undergone a complete transformation. While some tourists only visit for a weekend, it will probably take at least 3-4 days to get the most out of Lisbon and its surroundings as there are so many things to do in Lisbon. If you like to get lost on purpose, this is the right city for you. The centre is built around seven hills and offers wonderful views from almost every corner. Rather than trying to check the standard boxes, try to explore Lisbon on foot and not make too many plans. During the summer months, especially July and August, Lisbon can be very crowded, especially in the popular areas of Alfama and Baixa. My favourite times in Lisbon are from April to June and from September to October when the weather is nice and it is not so crowded.

Porto is a bit different from Lisbon. Aside from rivalries in the city, it is worth heading north to see Porto and the surrounding Douro wine regions. Porto has a charming and unpretentious atmosphere that showcases its artisan past while maintaining a lively cultural scene. The Ribeira River neighbourhood is a fascinating place with its medieval streets jutting out from the quays and the narrow, coloured tiled facades that emerge as a picture book about the port's old storage warehouses. above it rises the domed iron bridge Dom Luis I, which connects the hill on one side of the river with the hill on the other. It is an amazing place that I don't think you can compare to any other place in Europe. Porto is a bit grainy than Lisbon with some abandoned buildings, although its recent discovery as a city break destination has prompted a lot of new investment. You can see the main attractions in about two days, although you can spend much more time using it as a base to explore the area. 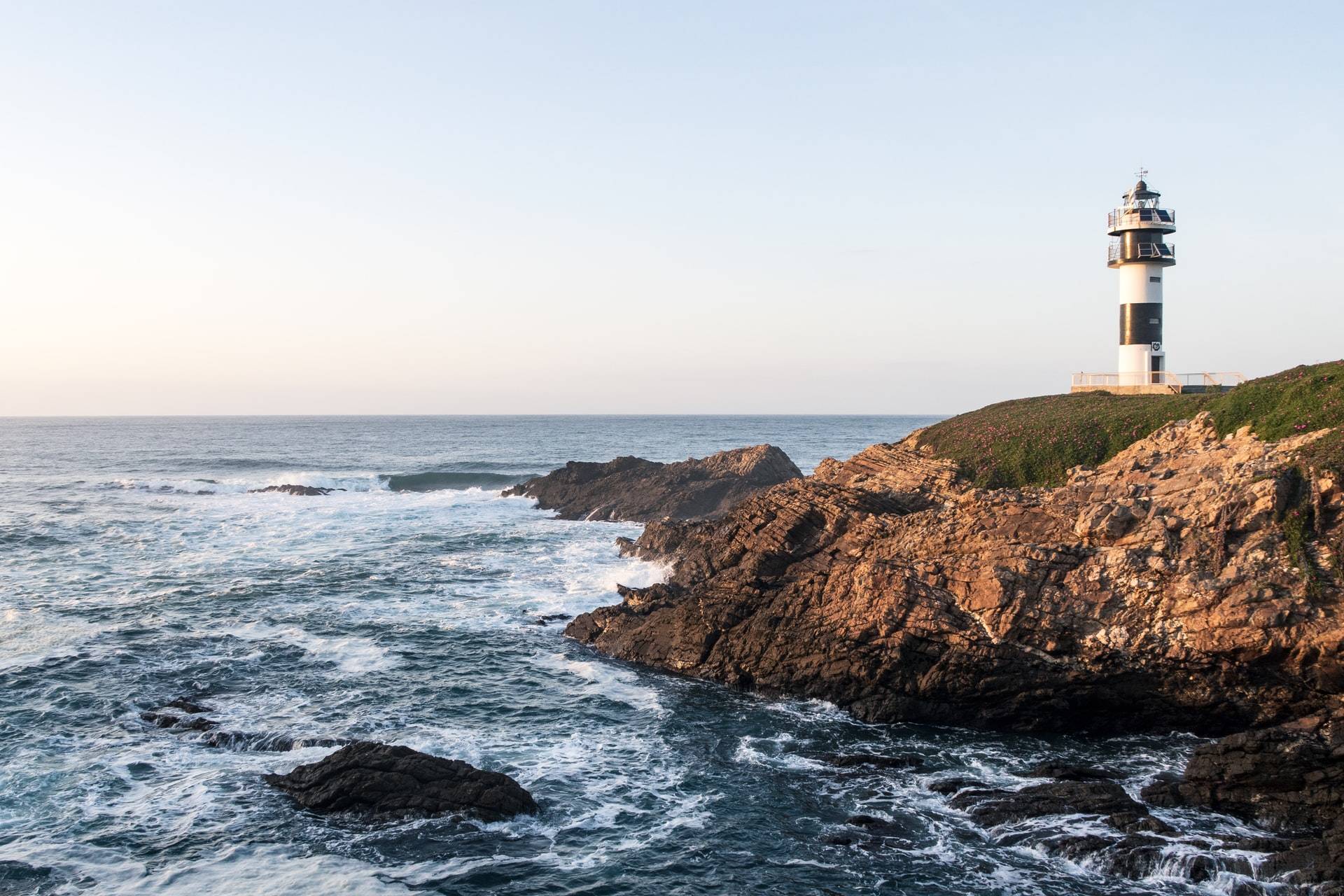 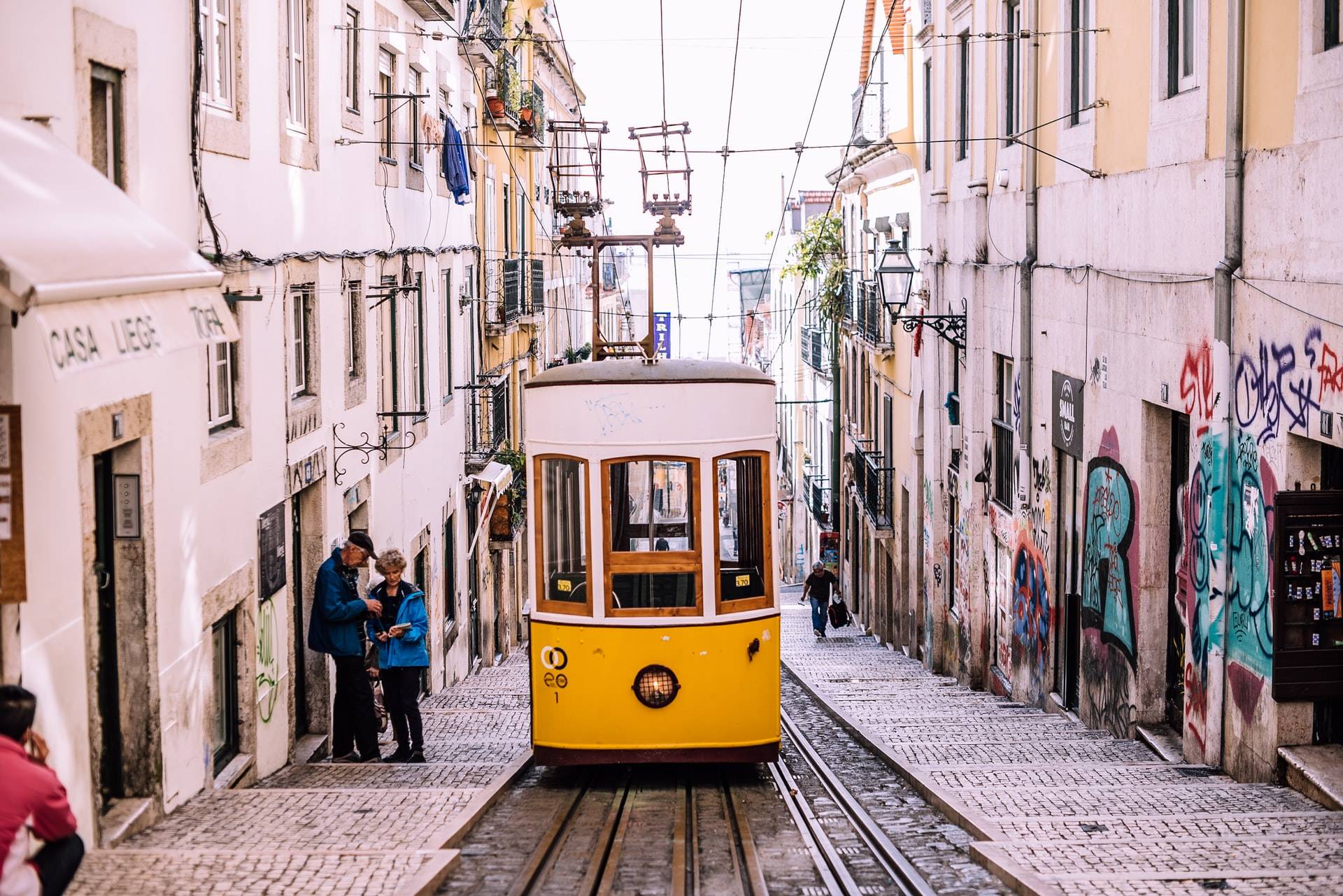 What to keep in mind when renting a car in Portugal?

The minimum age to rent a car is 21 years old and with some suppliers for people over 75 years of age. Young driver surcharges may apply for renters between 18-20 years old. This information is visible in the search engine with Orbit Car Hire. Accidents are something we do not control, therefore it is important to keep in mind what kind of coverage you have. At Orbit Car Hire you can buy additional coverage so you can travel around the Island without worry. In Portugal, you drive on the right side of the road like in all European Union. For the countries that drive on the left lane, this can be confusing but good to know before you begin the journey. 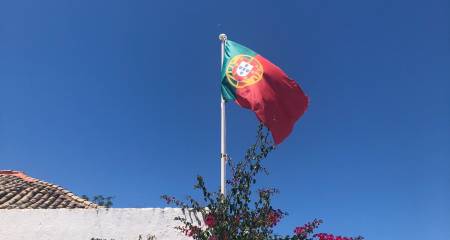 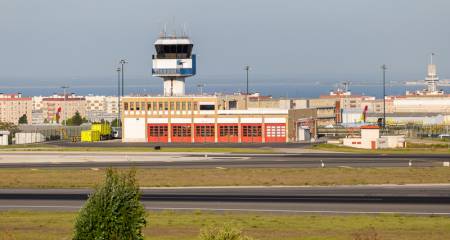 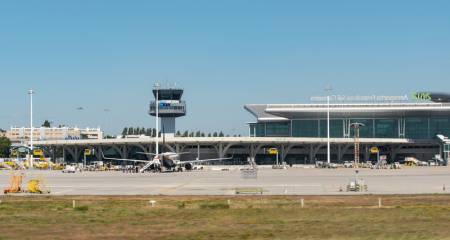 Find the best deals in Albufeira

Find the best deals in Almada

Find the best deals in Evora