5 Must Try Dishes From Morocco

Morocco is an ideal escape from the hectic and stressful European life. Yes, it's somewhere between Africa and Europe, and so are its dishes. If you want to experience something new and incredible, then it's not just the architecture and nature that have to be on your list. There's also the food. And Moroccan food is unforgettable. Once you've tried the sweet and spicy tajin, you'll be back for more.

Morocco is a unique country - spicy yet sweet and so is its food. Be prepared for some changes, because Moroccan food is not what you are used to. It is nothing like Chinese, Japanese or even French. Moroccan food is all about spices and slow cooking. And here are our top 5 delicacies you must try when you're in Morocco: 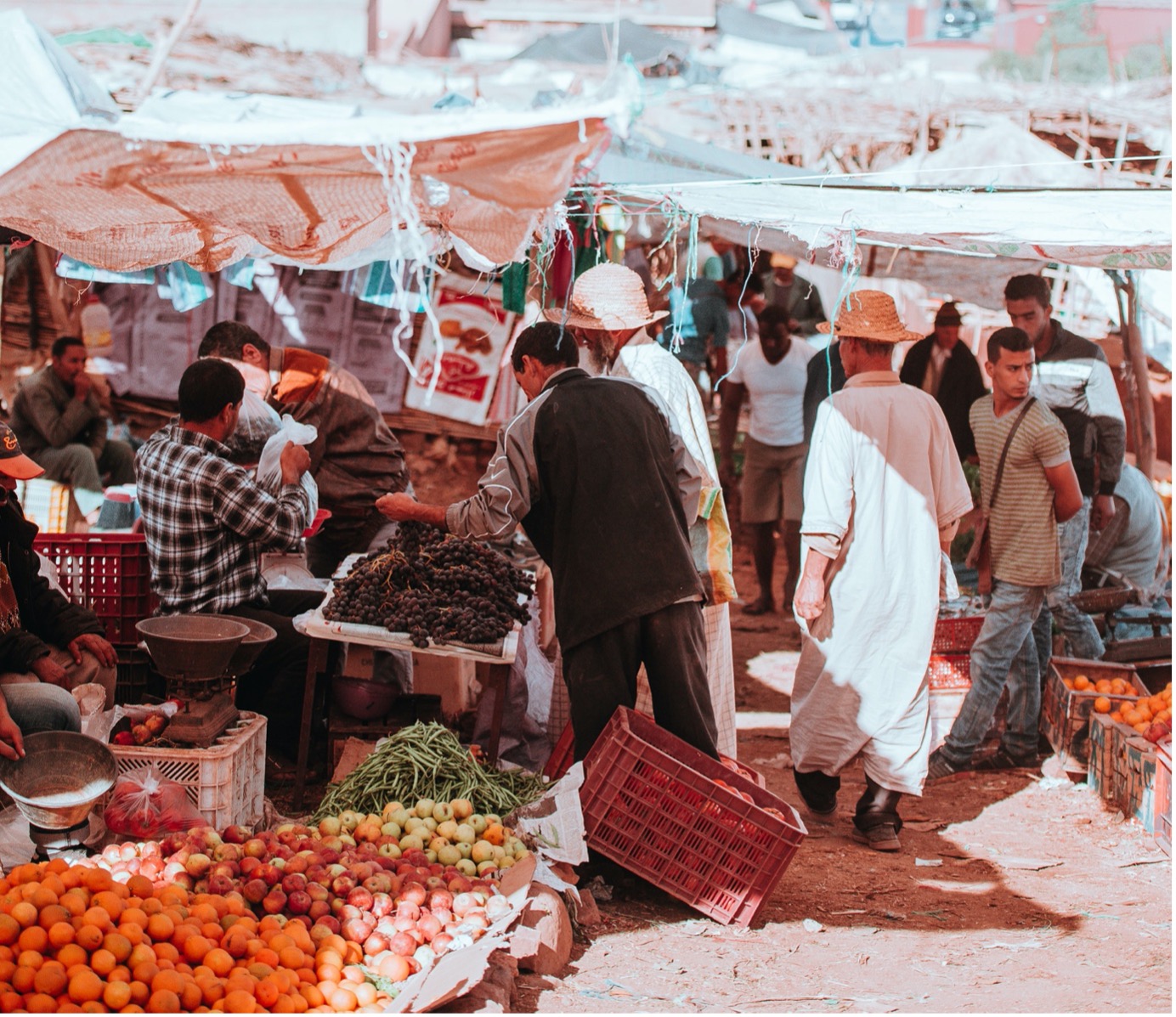 Tajine is a whole bunch of layers. It is named after the pot it is cooked in. The cooking process is slow. You start with onions and meat. Then the main ingredient is added - spices (it's a super mix of ginger, paprika, coriander, cumin, cayenne, cinnamon, saffron, and probably some secret ingredient is added). After the spices come a layer of vegetables and fruit (carrots, potatoes, olives, lemon, plums, etc). As mentioned above, tajine takes time - slow is good, and the tajine is cooked and ready to serve after 2-3 hours (it can be served alone or with couscous).

Pastilla or Bastilla is basically a meat pie, usually made with chicken. Sometimes pigeon is also used in this pastilla dish. But let's not get into the details. We are going to talk about chicken pate. This traditional Moroccan dish is savoury and sweet, made with (hopefully) chicken breast, onions, garlic, ginger, cinnamon, turmeric, saffron, almonds, dried dates, parsley, and lots of olive oil.

If you like soups, this one will blow you away. Harira is an authentic Moroccan soup that is usually served during Ramadan. And yes, even McDonald's has their Happy Meal, which includes Harira in Ramadan. This hearty soup is made with tomatoes, chickpeas, onions and cilantro. But we have to disappoint all the vegetarians out there - it also contains meat. You'll find small amounts of lamb, beef or chicken in this heavenly soup, which can be served as an appetizer or a snack.

As one of the world's largest exporters of sardines, Morocco is one place you must try the famous spicy fried sardines. They come in numerous variations but are usually stuffed with coriander, cumin, ginger and red chilli. 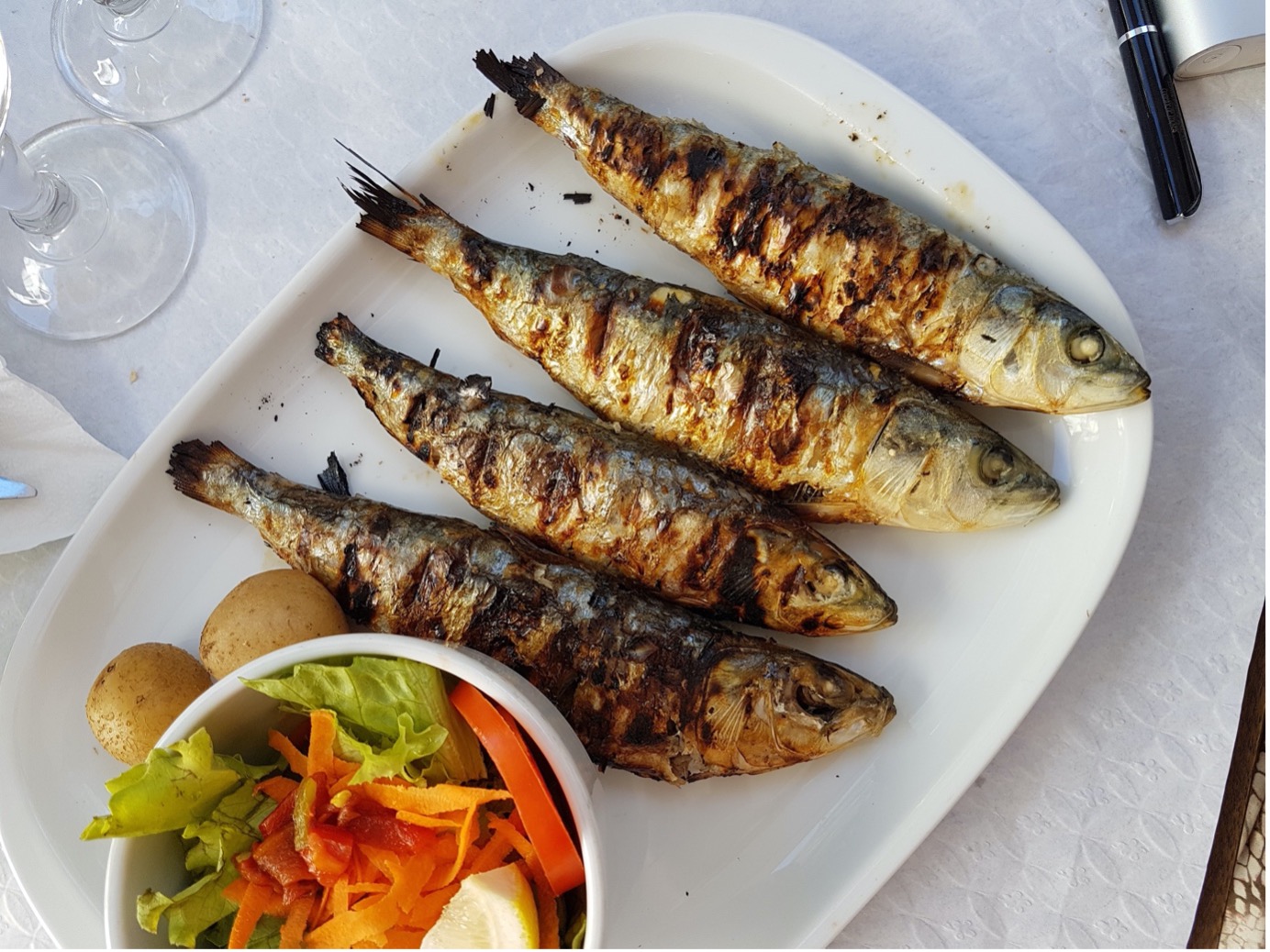 Zaalouk is the famous Moroccan salad. There are millions of ways to prepare this salad and the recipe differs from region to region. But it's usually made with eggplant and tomatoes. And olive oil - lots of olive oil. Did you notice that there wasn't a single dish here that didn't have olive oil or olives in the recipe? That's because olive oil is a jewel in the crown of Moroccan cuisine. Have you ever been to Sicily? Have you tasted their olives? Don Altobello said they were the best in the world. Well, I guess he hasn't been to Morocco. Because those olives are out of this world and there's a reason Moroccans put them in almost every dish they can. The same goes for their olive oil.

This whiskey isn't actually whiskey, and sorry - it doesn't contain any alcohol at all. Moroccan whiskey is a mint tea. Moroccan Mint Tea or Maghrebi Mint Tea can be served on almost any occasion. And when you order their mint tea, a true ceremony is performed. Usually, the head of the family will be the one to serve you their super sweet mint tea as a sign of hospitality. It can also be served as a dessert with nuts or cookies.

A few facts about Morocco