At the southernmost tip of the African continent lies South Africa. Diverse and beautiful in every way, it can make your vacation unforgettable for the rest of your life.

South Africa has 11 official languages and almost 3000 km of coastline. It is the 25th largest country in the world and has a population of over 57 million. However, South Africa is most famous for its national parks, where you can enjoy the perfect safari. The Kalahari Desert with its starry desert skies and Winelands.

Suppose you are planning a visit to South Africa. In that case, we suggest extending your vacation as far as possible because, with its 1,221,037 km2(471,445 sq mi), there is a lot to see and experience. We have compiled some interesting South Africa facts to make your trip more enjoyable.

Due to poaching throughout Africa, many wild animals are endangered. Still, fortunately, wildlife is protected in South African national parks and game farms. One of your trip's main objectives is sighting the Big Five: lion, elephant, leopard, rhino and buffalo. They are the most popular and difficult to spot wild animals that bring visitors to this beautiful country. 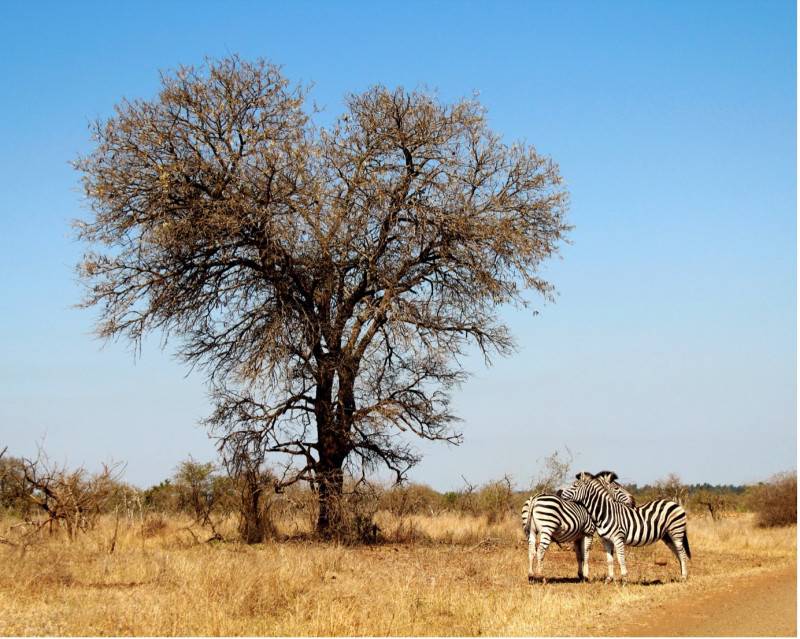 2. Everyone is young in Cape Town

Although it is the oldest city in South Africa, more than 40% of the Western Cape population is under 25. According to Bill & Melinda Gates Foundations Goalkeepers Report. Africa's young population will increase by almost 50% by 2050, making this the continent with the most significant number of young people. 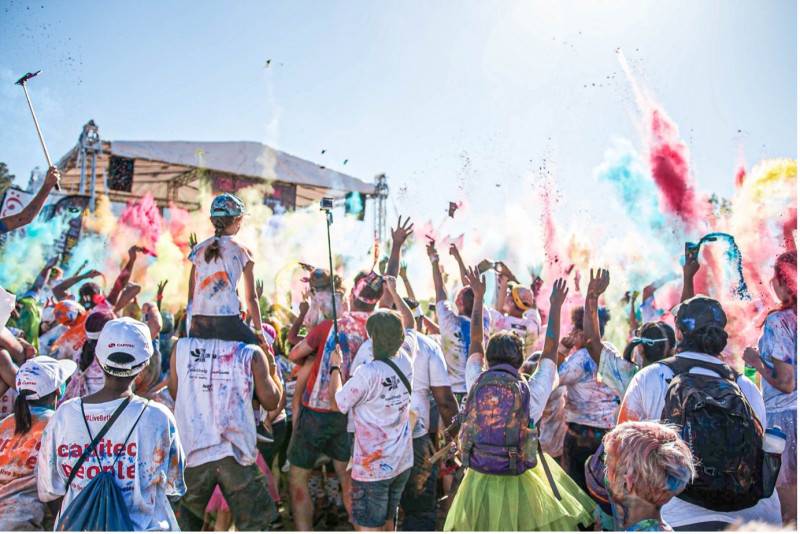 3. There are more than 3000 shipwrecks off the coast of South Africa, most of which are at least 500 years old

The coastline is dangerous in places and has claimed many ships over the centuries. The shipwrecks are from Portuguese, Dutch, English and many other explorers. The Cape of Good Hope, in particular, is infamous as the "graveyard of ships".

If you have the time, visit the wreck of the Kakapo at Noordhoek Beach, Cape Town. It was a 665-tonne rigged steel steamer that left the port Cape Town in 1900 for its voyage to Australia but ran aground directly on the beach due to heavy rain. Many attempts were made to pull the Kakapo back into the water, but she would not budge.

Pretoria is the Executive Capital, Cape Town the Legislative Capital and Bloemfontein the judicial capital. The three cities are strategically located across the country, and the country is also divided into nine provinces, each with its capital.

5. South Africa has one of the oldest mountains.

Table Mountain in Cape Town is said to be one of the oldest mountains in the world. And one of the 12 main energy centres on the planet emits magnetic, electrical or spiritual energy.

This flat mountain is located above the city of Cape Town, and there are numerous ways to get there. For example, you can drive up in your rental car and then use the cable car. Or use many forms of public transportation, such as the City Sightseeing bus or local taxi services.

We suggest planning a visit in the afternoon when the cable car is usually quieter, and there are fewer visitors. But, of course, it's also the perfect place to catch a spectacular sunset.

6. South Africa is extremely rich in mining and minerals

South Africa is the world leader, with almost 90% of all the platinum metals on earth and about 41% of all the gold in the world. The first diamond was discovered in Hopetown in 1867. Since then, mining has been South Africa one of the most significant contributors to the country's economy.

7. South Africa has the longest wine route in the world

Wine lovers get their money's worth in South Africa. They can tantalise their taste buds with wines from 560 wineries and 4400 producers.

Route 62 in the Cape Winelands is a tourist route between Cape Town and Oudtshoorn, the Langkloof and Port Elizabeth. It offers magnificent landscapes with majestic mountains, scenic passes, vineyards and orchards and many attractions to make your holiday an unforgettable adventure. You can visit wineries and game reserves, enjoy cultural tours or experience mountain climbing, canoeing, ostrich riding and much more. 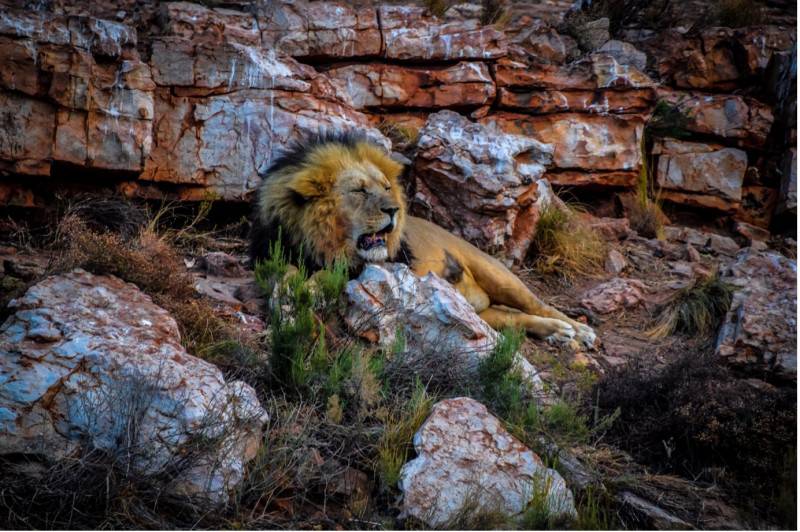 8. South Africa has the highest commercial bungee jump in the world

The world's highest commercial bungee jump at 709 feet (216 metres) is located at Bloukrans Bridge Bungee above the Bloukrans River on the border of Eastern Cape and the Western Cape in the Tsitsikamma area. Because of its extreme height, a full-body harness is used instead of the traditional ankle harness. If you are the adventurous type, don't miss the jump!

9. South Africa has another country within its borders

The mountainous kingdom of Lesotho, nestled in the Drakensberg Mountains, is also known as the "Kingdom of Heaven" and is the only country in the world that is above 1,000 metres above sea level. The kingdom has high mountains and narrow valleys. It is best known as the source of the two largest rivers in South Africa - Tugela and Orange.

10. Bo-Kaap in Cape Town is one of the most colourful neighbourhoods of South Africa

At the foot of Signal Hill, numerous "huurhuisjes" (tenement houses) were rented to enslaved Muslims in the 1760s. All homes had to be white. When this rule was eventually lifted, and the enslaved people could buy the properties, all the houses were painted bright colours by their owners to express their freedom.

While there, you can visit the Bo-Kaap Museum, stroll Wale Street along, explore the mosques and handicraft markets, or discover the delicious Cape Malay cooking style. The perfect colourful backdrop offers plenty of photo opportunities, so a visit to Bo-Kaap should be on everyone's bucket list! 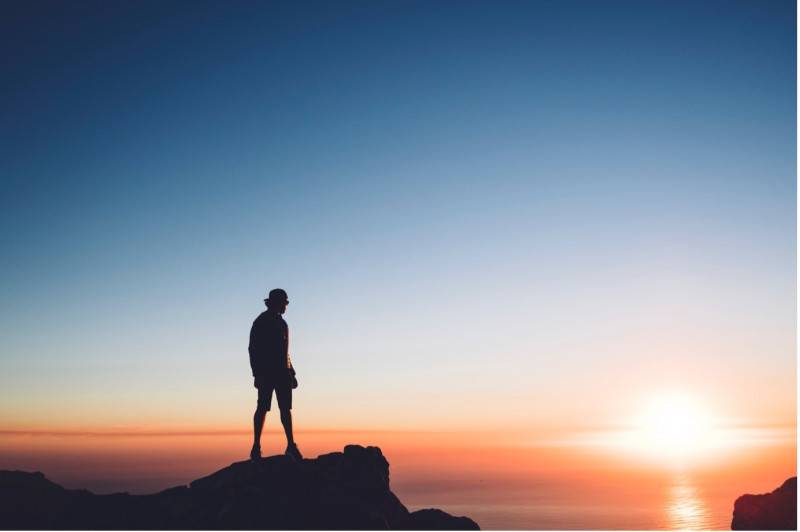