Sarajevo is the capital and largest city of Bosnia and Herzegovina with 275,524 inhabitants within its administrative boundaries. Greater Sarajevo, including Sarajevo Canton and Eastern Sarajevo, has 555,210 inhabitants. Nestled in the Sarajevo Valley in Bosnia, the city is surrounded by the Dinaric Alps and lies along the Miljacka River in the heart of Southeastern Europe and the Balkans.

Orbit Car Hire connects you with the biggest brands and best local brands for your Sarajevo car hire. We offer you to choose from a wide variety of different vehicle classes, so you can find a rental car that suits your needs and budget.

Want to rent a car for a one-way trip? No worries! Orbit Car Hire offers a variety of one-way Car Hire options in many locations outside of Sarajevo. One-way car rental is ideal for cross-town or cross-country travel, saving time by not returning to your original location. Start your reservation with Orbit Car Hire and find great options on one-way car hire at locations across the Bosnia and Hercegovina .

There are many great day trips you can take from Sarajevo. Here are some of our favourites:

What to see in Sarajevo

There is much to see in Sarajevo. The city has a rich history and there are many historical and cultural sites to discover. Some of the must-see sights in Sarajevo are: The Old Town - This is the historic heart of the city with its narrow streets, medieval buildings and lively markets.

Drive your rental car beyond Sarajevo

If you are looking for an unforgettable driving experience, Sarajevo is the place for you. This charming city is located in Bosnia and Herzegovina, and with its winding streets and mountainous terrain, it's the perfect place to put your driving skills to the test.

Whether you hire a car or bring your own, there are plenty of great roads to explore around Sarajevo. In the north of the city, you'll find the scenic Trescavica Road, which offers breathtaking views of the surrounding mountains. If you want a more challenging ride, head south to Mount Igman, where you can test your skills on the winding mountain roads.

If you are looking for an off-road adventure, head to Konjic - about an hour's drive from Sarajevo. In Konjic, you'll find some of the most breathtaking scenery in Bosnia and Herzegovina, including mountains, rivers and forests. There are several 4x4 routes in the area, perfect for exploring by car.

A great place to check out is Jajce, about two hours from Sarajevo. This small town is home to a stunning waterfall and a number of historical sites. There are also many great restaurants and cafes in the area for you to enjoy. So if you are looking for an adventure away from the city, be sure to take a drive beyond Sarajevo. 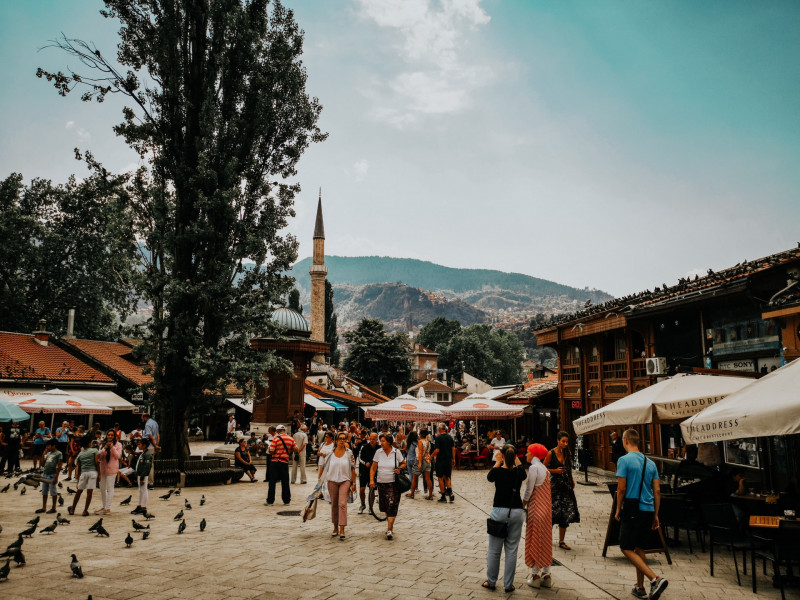 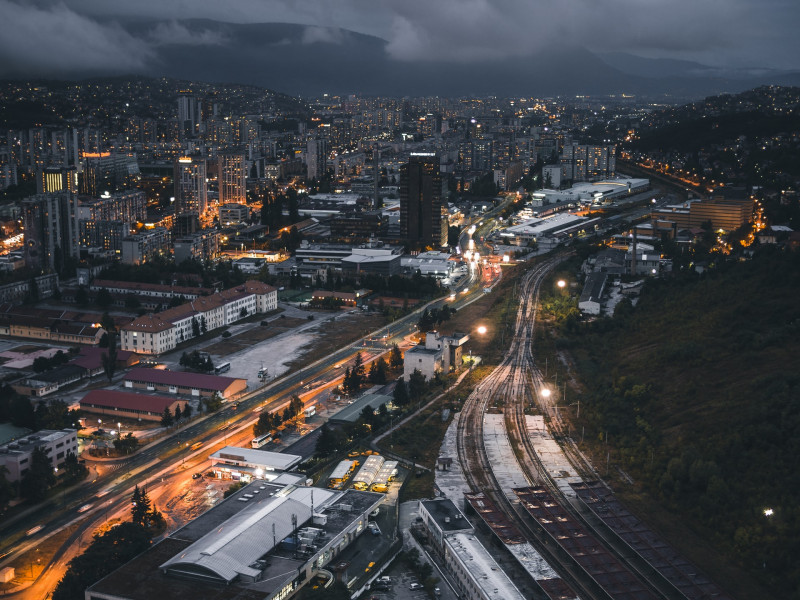 Where to eat, drink, and party in Sarajevo

When it comes to food, Sarajevo is a mix of traditional Bosnian cuisine and flavours from the former Yugoslavia. Among the most popular dishes are ćevapi (small sausages made of beef or lamb), Pljeskavica (a hamburger-like dish made of pork or beef), and burek (a savoury pastry filled with meat, cheese, or vegetables).

When it comes to drinks, you can not go wrong with a glass of rakija (a type of brandy) or Turkish coffee. And when it comes to nightlife, Sarajevo has something for everyone. There are many trendy bars and clubs, but also traditional pubs and taverns.

The kind of city best explored on foot. And when your feet get tired, there's nothing better than trying the local cuisine to refuel. Here are some of the best restaurants in Sarajevo. 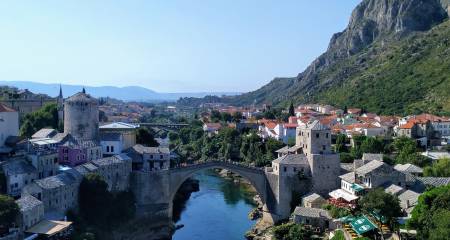 Best of Bosnia and Herzegovina