Nuremberg is a city in Germany, more precisely in the state of Bavaria. It is the second-largest city in this state, right after the capital Munich. Nuremberg belongs to the administrative district of Middle Franconia and is also its capital. It is also the 4th largest city in Germany. The city was founded around the river Pegnitz and the Rhine-Main-Danube canal and was first mentioned in 1050.

Today, Nuremberg is an important and strong city in many ways. There are several important faculties in the city and the university with a very high reputation in Germany. There is also a well-developed industry in this region and of course tourism. Tourism is a very important part of the economy of this region and it is no different here in Nuremberg. There are many different historical, cultural and religious sites that are really worth visiting. There is also some wonderful natural beauty around the city, so there really is something for every tourist and traveller. If you are taking a road trip through Germany, you should definitely put Nuremberg on the list of cities where you will spend a few days. This is also a perfect place to start your road trip. The possibilities are endless, so it's up to you what kind of holiday you prefer, but one thing is for sure, here in Bavaria and all over Germany you really have a lot to offer and will not be disappointed.

One of the main symbols of Nuremberg is undoubtedly the castle, which cannot be missed with its majestic presence over the city. This castle reminds us that this city dates back to the Middle Ages and has a really rich and turbulent past, which you can better explore in the fabulous museums around the city. Another association that comes to mind when Nuremberg is mentioned is the trials that took place here after World War II. If you want to learn more about these trials and other important events during the Second World War, you will have the best opportunity to do so here in Nuremberg.

But Nuremberg also has a very romantic side to offer. If you explore the Old Town, you will find some wonderful little squares and mediaeval streets with small cafes, bars and restaurants. So, Nuremberg really has a lot to offer, you just need to get well informed and make a good plan before visiting this charming city. Fasten your seatbelts and drive safely!

Renting a car in Nuremberg is the best idea if you want to further explore the state of Bavaria or at least the Franconia region. The roads are in good condition and there is really a lot to see and do around Nuremberg. You will not need a car in Nuremberg if you want to explore the old town. When you are done exploring the Old Town, you can take your car to other places in the city.

So before you set off, check whether a vignette is required in your destination city.

Most popular car hire at Nuremberg

The most selected hire car in Nuremberg is the Fiat 500, Renault Clio or Opel Corsa. Renault Captur is also being a popular option. The most popular car types in Nuremberg are mini and economy.

Want to rent a car for a one-way trip? No worries! Orbit Car Hire offers a variety of one-way Car Hire options in many locations outside of Nuremberg. One-way car rental is ideal for cross-town or cross-country travel, saving time by not returning to your original location. Start your reservation with Orbit Car Hire and find great options on one-way car hire at locations across the Germany.

What to see in Nuremberg

If you come to Nuremberg, you should not miss the old town and the city walls. The walls were built in the 11th century to provide additional defence. In addition to the walls, several towers were also built as part of the walls and today you can visit both the walls and the towers. The Old Town was practically destroyed during the bombing in World War II, but was rebuilt after the war, so today you can admire the city as it used to be. In Nuremberg Old Town there are some places you should not miss, such as Spittlertor, Burgviertel, Weissgerbergasse, etc.

The Kaiserburg or Nuremberg Castle, which is of course located in the Burgviertel, is one of the most important mediaeval castles in Germany and beyond. Built on sandstone, the castle is one of the main attractions of Nuremberg with its majestic appearance. Of course, you can visit the castle and the museums inside, but you can also spend the night here. The building that once housed the imperial stables is home to the Nuremberg Youth Hostel.

Hitler wanted Nuremberg to become the "City of the Reich Party Rallies". To achieve this, he decided to build a huge congress hall, but it was never fully completed. During the war, many events and parades took place here and today this monumental building reminds us of those dark times.

Drive your rental car beyond Nuremberg

Germany or the Federal Republic of Germany as the country's official name is, is located in Central Europe and is the second-most populous country in Europe after Russia. Germany borders Denmark to the north, Poland and the Czech Republic to the east, Austria and Switzerland to the south, and France, Luxembourg, Belgium, and the Netherlands to the west. The country's capital and largest city is Berlin, and Germany's financial centre is Frankfurt. In many ways, Germany is undoubtedly one of the strongest and most developed countries in the world. It is the country with the largest economy in Europe and the fourth-largest economy in the world. It is a world leader in several industrial, scientific and technological fields and is both the third-largest exporter and the third-largest importer of goods.

If you are not interested in the mountains, you can always visit the lakes and rivers or even try rafting or kayaking. The countryside in Germany is also beautiful and worth experiencing. You can also drive around and visit many romantic little villages where you can learn more about the German culture and traditions, meet the locals and try some local specialities. If you decide to explore the German countryside, you can also be prepared to see some amazing castles. Some of them are abandoned and only ruins remind us that the castle was here in the past, but some castles are still alive and are being renovated to house museums, galleries, etc. and are spectacular tourist attractions. An interesting fact about Germany is that it is the country with the third-largest number of UNESCO World Heritage Sites. Besides castles, there are fascinating churches and other majestic architectures all over the country that will simply take your breath away. 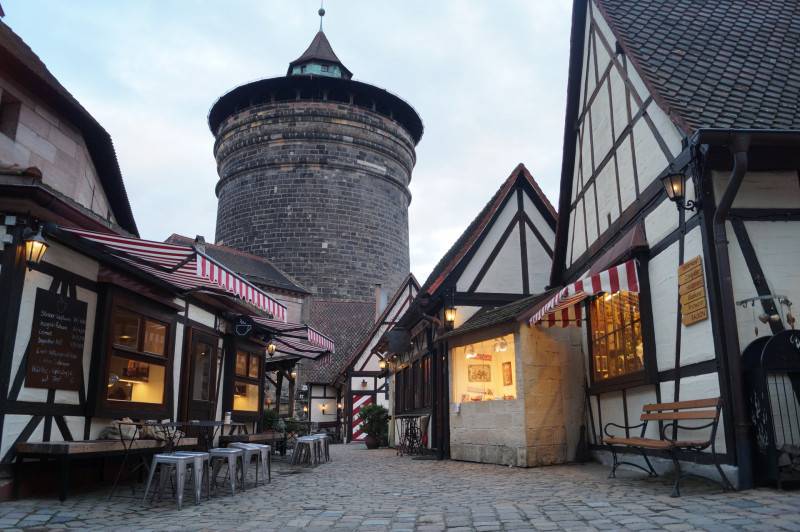 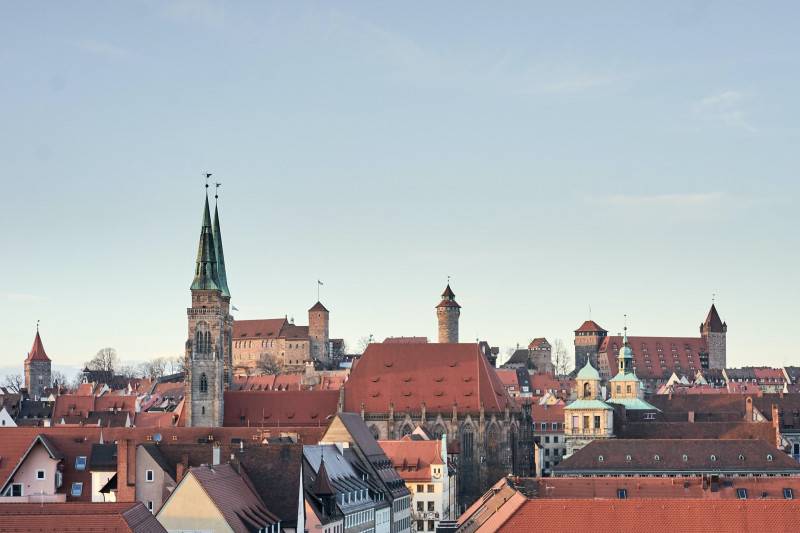 Where to eat, drink, and party in Nuremberg

Nuremberg is one of the most famous places for gourmets in Germany. This city is really a great place to visit if you want to enjoy delicious food. There are some dishes that are traditional here in Nuremberg, for example, gingerbread in December or finger-thick sausages that you can eat at every corner of the city. But of course, there are also many great restaurants in the city with very different offerings. You can go to places with traditional Bavarian and German cuisine, restaurants with more modern German cuisine, or even restaurants that offer menus from all over the world. So the offer is really huge. It's up to you which or how many flavours you want to try.