Ikaria is a Greek island in the Aegean Sea. Ikaria forms a separate municipality within the regional unit of Ikaria, which is part of the North Aegean region. The main town of the island and seat of the municipality is Agios Kirykos.

The island has a rich and long history with a very strong mythology. The island got its name after Icarus, the son of Daedalus in Greek mythology, who is said to have fallen into the sea nearby. Ikaria is known as a perfect destination for people looking for a vacation away from crowded beaches, streets full of tourists and hectic traffic. Ikaria is the complete opposite of the islands and resorts in Greece with mass tourism. The island has a fantastic green landscape with lots of mountains, running water, pretty towns and villages, beautiful beaches, interesting historical, cultural and religious sites and very nice and friendly locals. The interesting thing about the locals here is that life expectancy on the island is much higher than in other parts of Greece and beyond. This is probably due to the lifestyle on the island, which is very slow and relaxed. Food (the special diet) is a very important part of life and of course, enjoyment is even more important.

So if you are looking for a place to "recharge your batteries" and take a break from the hustle and bustle of everyday life, Ikaria is undoubtedly the place for you. The best way to get around the island is to rent a car and take a little road trip through Ikaria. You will not regret it!

Renting a car in Ikaria is the best solution if you want to explore the island properly. Towns, villages and other places of interest that you can visit on the island are spread all over Ikaria, so a car is the most practical solution if you do not want to spend too much time travelling from one place to another. It is good to know that there are some mountain roads on the island where you should be extra careful and reduce your speed, especially if you are not used to driving in these conditions. There are also some dirt roads, especially within the island. So be sure to reduce your speed to avoid damage to your car.

Fines for breaking the laws and regulations are strict and expensive. Running a red light or ignoring a stop sign will cost you 700 euros. Not wearing a seat belt in a car is punishable by 350 euros. Talking on a mobile phone without a hands-free device is punishable by 100 euros. Driving under the influence of alcohol is punishable by a fine of between 200 and 1200 euros and a likely driving license suspension of between 10 days and six months, depending on how much the breathalyzer test reveals.

Most popular car hire at Ikaria

The most selected hire car in Ikaria is Ford Fiesta, with Renault Clio and Seat Ibiza also being a popular option. The most popular car types in Ikaria are mini, economy, and compact.

Want to rent a car for a one-way trip? No worries! Orbit Car Hire offers a variety of one-way Car Hire options in many locations outside of Ikaria. One-way car rental is ideal for cross-town or cross-country travel, saving time by not returning to your original location. Start your reservation with Orbit Car Hire and find great options on one-way car hire at locations across the Greece.

What to see on Ikaria

Ikaria is an island that will truly enchant you with all its beauties and friendly people. The villages and towns around the island are picturesque and worth a visit. Each of them is special and offers you something different. Villages that you should visit are Agios Kirykos, Evdilos, Karavostamo, Christos and Karkinagri.

The island is also known for its thermal springs, which have been used since ancient times. These springs are considered one of the richest in the world when we speak about radium. Rheumatism, arthritis, neuralgia, neuritis, skin, circulatory, endocrine and gynaecological diseases lead people to the springs to find healing.

Drive your rental car beyond Ikaria

There are so many fantastic places to visit in this country that you will simply enjoy a trip through Greece. The roads are mostly in very good condition, so you will have to think carefully about which parts of the country you want to explore.

Greece or many would say the cradle of western civilization, is the southernmost country in the Balkan Peninsula. This perfectly situated country of over 2000 islands, around 170 of which are inhabited, has access to the whole world via the sea and also has a beautiful inland area full of mountains and volcanic soil, a rich culture, many historical and religious sites, delicious food and genuinely nice people - a place that every person should visit at least once in their lifetime. There are so many different things to see and do here that you are sure to find something for yourself.

Athens, the capital of Greece, is one of the cities you should visit if you are planning a road trip through Greece. Athens is something very different from Ikaria, but no less interesting and exciting. Greece is a country that is a mixture of Europe, the Balkans, the Mediterranean and the Middle East. It sits at the crossroads of Europe, Asia and Africa and is the legacy of classical Greece, the Byzantine Empire and almost four centuries of Ottoman rule. All this gives the country a great religious, cultural, architectural and also political background that contributes to the diversity of the country.

The size of the country is equal to that of Great Britain and it is divided into six main regions: Central Greece: the Píndos Mountains, North-Eastern Greece: Makedonía and Thráki, Eastern Greece: Thessalía and Attikí, Southern Greece: the Pelopónnisos, Western Greece: Ípeiros and Akarnanía, The Islands of Greece. Each of these regions has something to offer you. It is best to rent a car and explore region by region. You will need time to explore this country well, so it may be best to explore the regions one by one. The roads in Greece are in good condition, the people are friendly, the country is beautiful, the food is delicious and the sights are breathtaking, so all you have to do is buckle up and drive safely. 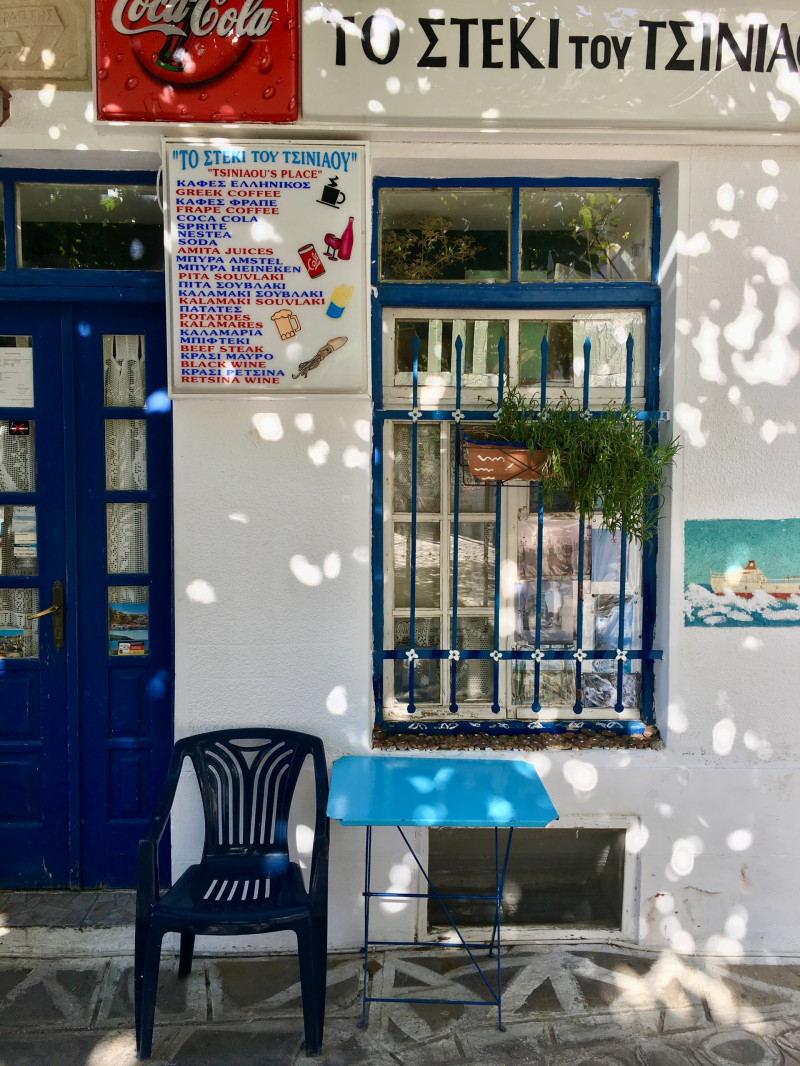 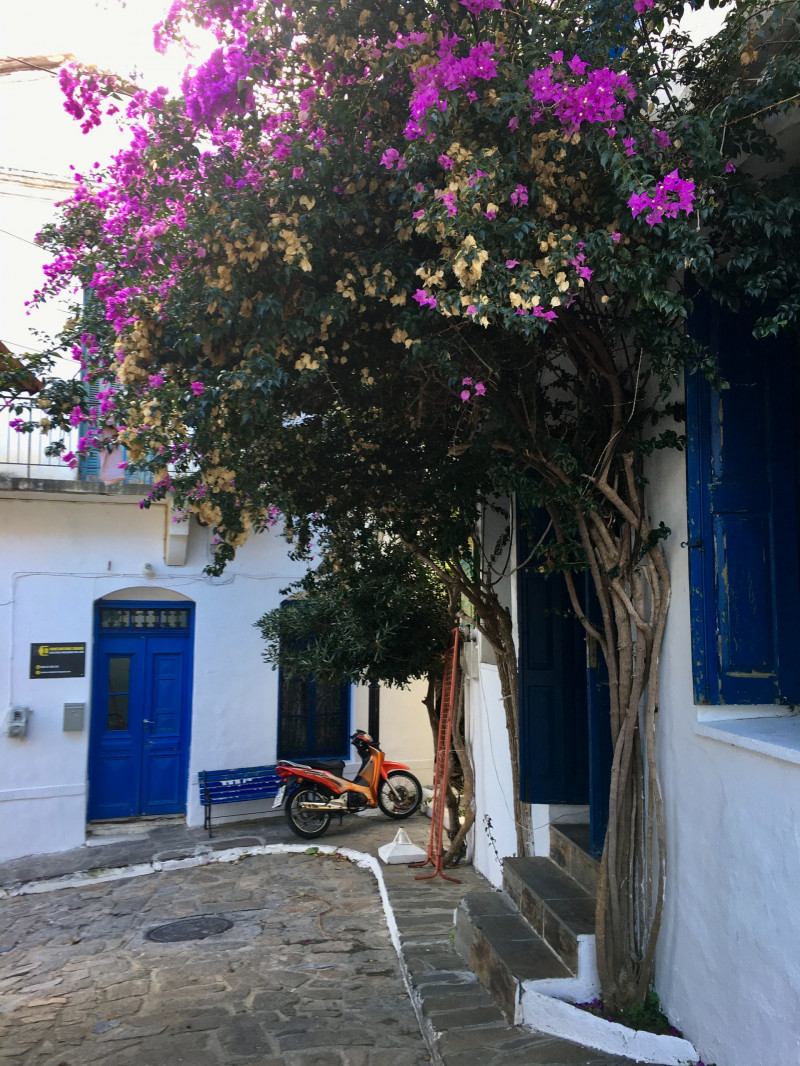 Where to eat, drink, and party on Ikaria

The cuisine in Ikaria is based on simplicity, local ingredients and variety. The people of Ikaria are known as "people who forgot to die". People here really enjoy food and know how to prepare it.

Wine is also an important part of the island's gastronomy. People mainly drink red wine. So if you want to know the lifestyle of the locals, you must drink red wine.