Olbia is a coastal city in northeast Sardinia, Italy. It's known for the medieval San Simplicio basilica, and for cafes dotting central squares like Piazza Matteotti. The dynamic city of Olbia is the main hub of Sardinia known for its port and airport, but it is also a place where people like to spend time. The location is a beautiful bay, the port, the rail, and air connections make it a lively city, but also the beaches, the activities, and the business centre make it a thriving place, inhabited and enjoyed by both its inhabitants and tourists.

There are no toll roads in Sardinia - all motorways and regional roads can be used free of charge. However, there are traffic-restricted zones, such as some city centres, where you are not allowed to drive.

Driving in Olbia can be challenging and drivers can be impatient. Remember that the maximum BAC value for drivers is 0.05%. There is a zero-tolerance law for novice drivers who have held a license for less than two years and young drivers under the age of 21.

Most popular car hire at Olbia

The most selected hire car in Olbia is the Fiat 500, Renault Clio or Opel Corsa. Renault Captur is also being a popular option. The most popular car types in Olbia are mini and economy.

Want to rent a car for a one-way trip? No worries! Orbit Car Hire offers a variety of one-way Car Hire options in many locations outside of Olbia. One-way car rental is ideal for cross-town or cross-country travel, saving time by not returning to your original location. Start your reservation with Orbit Car Hire and find great options on one-way car hire at locations across the Italy.

What to see in Olbia

In Olbia, as in many cities of Italy, the religious buildings are among the most breathtaking sights. In this respect, there are two main attractions whose different backgrounds and appearances give an insight into the incredible mix of cultures found in Sardinia. The Basilica of San Simplicio and the Church of St Paul. Olbia's main street, Corso Umberto I, is a must-see for those who want to shop in the city. It was once a historic street and its beautiful architecture can still be seen. The best time to enjoy this street is after 7 PM when the street is closed to vehicles and the lights give it a picturesque feel. There you will also find several restaurants with seating in the square, while other eateries can be found in the surrounding streets. Enjoy some of the Sardinian dishes and soak up the local atmosphere - the perfect way to end your day of discovery! 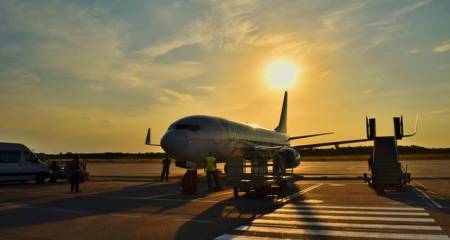