El Clásico - The heat is rising

Barcelona and Real Madrid will be played on April 10th at Estadio Alfredo Di Stefano, because the Santiago Bernabeu is undergoing extensive renovations. Who will you be rooting for in this El Clásico and who will be the winner? Before you grab your Barça or Real Madrid jersey, read what we have prepared for you about the rivalry below!

How did El Clásico get its name?

"El Clásico" translates to "The Classic" and refers to the "fierce battle" between the two football giants, FC Barcelona and Real Madrid C.F. Originally, the term was used only for football matches in the Spanish championship, known as La Liga or Primera Division. Later, the term spread beyond the boundaries of the Spanish Championship and was used for any football match between the two clubs, whether it was played in UEFA Champions League, UEFA Super Cup, Supercopa de España and Copa del Rey.

To the average viewer, El Clásico is simply a derby between two Spanish football clubs, but there is more to it than meets the eye. El Clásico is also a marker of the political and social differences between the two football teams, as well as the political rivalry and opposition between Spain's two largest cities.

Journey through the history of El Clásico

... and the year was 1899, when a Swiss football pioneer, Joan Gamper, together with a few others, founded FC Barcelona, which quickly became the symbol of Catalonia, their culture and part of the Catalan identity, as the club motto was "Més que un club" - translated as "More than a club".

Exactly three years later, in 1902, two Catalans living in Madrid, Juan and Carlos Padrós, founded Madrid FC. The name of the club we all know today was changed 18 years later when the Spanish King Alfonso granted and awarded XIII the title of "real" (translated as "royal") along with the royal crown emblem that we can see in the club's logo. To this day, Real Madrid enjoys the support of the Spanish royal family, as can be seen in many matches.

A few months later, the first match between the clubs took place in the Cup, organized to celebrate the coronation of Alfonso XIII in Madrid. The victory of the first El Clásico went to FC Barcelona. Madrid did not travel the 482 kilometres to Barcelona until 1906 when the second El Clásico was held.

The 1928/29 La Liga season was the starting point of the rivalry between the two football giants. Barcelona was beaten at their home stadium by Camp Nou. Nevertheless, Barcelona won the La Liga championship that season, while Madrid finished second, just two points behind the Catalans.

Historic 5-0 victories ... ... began in the 1934-35 season, with the first win or lead going to Barcelona and the second going to Madrid later that season. Talk about "fair play," right?

During the Spanish Civil War in 1936, FC Barcelona officials did not allow the team to participate in the Campionat de Catalunya, Liga and Campeonato Regional Centro as the championships were suspended. It was not until the 1939/40 season that the two teams met again on the La Liga football pitch.

Not many people know it, but it wasn't until decades later that the two rivals met as main rivals in the leagues - the start of what we now know as the modern El Clásico, full of power, excitement, ambition and emotion.

The rivalry between the richest, most successful, prolific and valuable football clubs

Not a modern-day division phenomenon ...

The rivalry between the two cities began before the first match between the two football clubs ever took place. Barcelona and Madrid have been "facing each other" for over 500 years. The historical and political background between Barcelona and Madrid is extremely complex and extensive, so we won't burden you with too much information and details.

The kingdoms of Castile and Aragon were merged after the Spanish Inquisition in 1481. However, within Aragon was Catalonia, a state that was culturally opposed to traditional Castilian customs and laws. A century later. At that time, Catalonia had its own sovereign state, cultural and linguistic independence, and a functioning government. But all that changed in 1714, during the war between the Habsburg and Bourbon dynasties known as the War of Spanish Succession, when Barcelona was besieged and fell under the first purge.

The relationship between Barcelona and Madrid was changed forever in 1936 when the Spanish Civil War broke out and many European countries came under the far-right wing of the Nazi or fascist regime. In Spain, the fascist group was led by General Franco, who sought power through a military coup, much like Mussolini in Italy. Some of the Barcelona football players actively participated in a group that fought against General Franco's regime. Spain was heavily divided and fought by Franco's group of nationalists and republicans, mainly from Catalonia. Under Franco's regime, Catalan traditions, culture and even the flag were banned

Post- Civil War El Clásico's were often very heated and many violent fights would break out between fans of both clubs. In 1943, Barcelona was brought to the boiling point when Franco's governments declared that the Catalans should consider themselves lucky to play Madrid. This controversial statement shredded Barça's confidence in the Copa del Rey, ending in a terrible 11-1 defeat.

Real Madrid is often seen by Barcelona's citizens and hardcore fans as the right-wing political wing, while on the other hand, Catalans are seen as the right-wing political wing. To this day, Catalans want nothing more than independence from the Spanish capital, while Madrid sees it as their patriotic duty to keep them together as one under the Spanish flag. 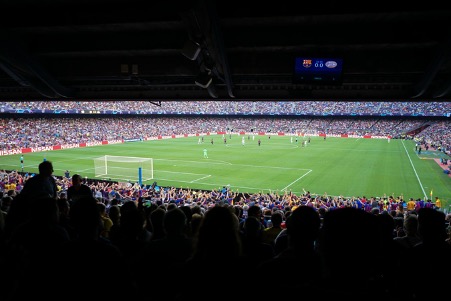 The heated rivalry continues to this day ...

The so-called "modern El Clásico" has often been described as a "reenactment of the Spanish Civil War". Most notably, in the 2010/11 and 2011/12 seasons, the two football giants played each other seven times, resulting in a total of 8 red cards due to numerous altercations on and off the pitch. And as if enough fuel wasn't poured on the fire, the arrival of new manager Mourinho ( Real Madrid) sent football fans into a frenzy, as he was a former friend of Barcelona's manager Guardiola, who transformed the team and led them to their most successful seasons. Their "relationship" went pear-shaped, to say the least, as some of you may know.

Golden boys on the football battleground ...

For many seasons we witnessed many spectacular "stalemates" between the two best players in the world. You know who we are talking about. The football of the modern era was redefined by Messi and Ronaldo with their extraordinary skills and talent on the pitch. They made the modern El Clásico one of the greatest derbies in the world. However, with Ronaldo's departure from Real Madrid, the club has yet to find a replacement for him as Barcelona still hold the most wins and hat-tricks in El Clásico and Messi is the all-time top scorer. 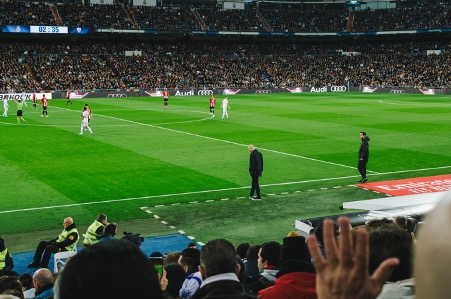 The spectacle you can’t miss ...

Along with UEFA Championship League Finals, El Clásico is considered one of the biggest football matches in the world. It is also among the most-watched sporting events in the world. According to the latest viewership and ratings, the match between the two clubs attracts around 650 million people worldwide to watch this football match.