Food in Menorca - Local Specialities And Dishes You Should Try

This is a list of the best food to eat when on holiday in Menorca. There are lots of restaurants, bars and cafés where you can sample some delicious dishes that will make your trip even more unforgettable.

Menorca is the second-largest island of the Balearic Islands and one of the Mediterranean jewels that are about to become one of the hottest destinations in this part of the world. While Menorca's big sister Mallorca and little Ibiza took all the glory for years, Menorca is finally getting the recognition it deserves. But enough about that - let's talk about the food in Menorca. The gastronomic scene on this island is red hot. The special local food and dishes alone are reason enough to fly there. 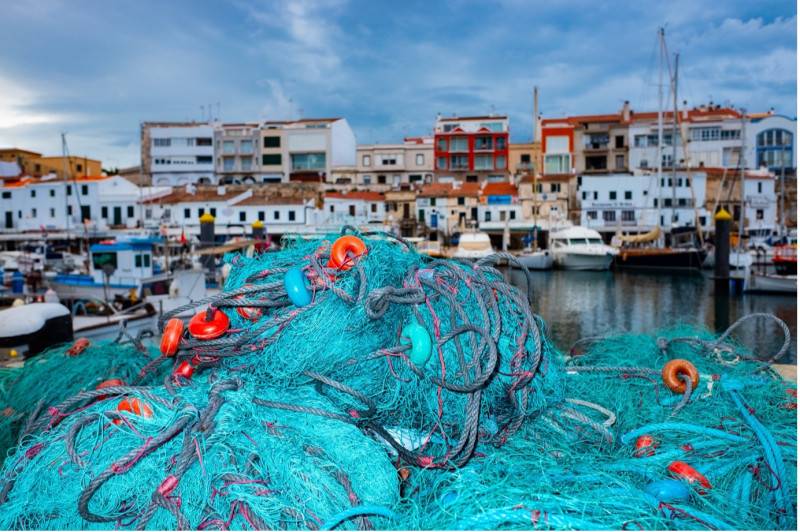 Are you ready to go?
Ok, here we go. Let's take a look at what types of food there are in Menorca, what Mahon cheese is all about and what dishes you simply must try when you visit Menorca.
Car hire is a great way to explore Menorca.

Spain is certainly a melting pot of cultures and flavours. Its cuisine is famous for gazpacho, tapas and paellas. But here we will talk about the traditional Menorcan cuisine, which is somewhat different from the typical Spanish cuisine. In a way, Menorcan cuisine is a survival cuisine that protects to the utmost the original flavour of its high-quality products.
Menorcan cuisine is simple, seasonal and always fresh. It is based on seafood, especially mussels, lobsters and octopuses. Vegetables are grown in the greatest possible variety and on a small scale - mainly for local consumption.
Their cooking has been influenced by many invaders - from the Romans to the French to the British. As part of the Mediterranean cuisine, Menorca's food could be one of the healthiest, focusing on vegetables, seafood and local, fresh foods. Even today, when most products are available all year round, Menorca has a seasonal cuisine, with seasonal ingredients and recipes that follow the cycle of nature, according to its traditions. So, yes, the food in Menorca is rich in flavours, unique in taste and healthy.
Now that we've had a look at the everyday cuisine of Menorca, are you ready for some treats? 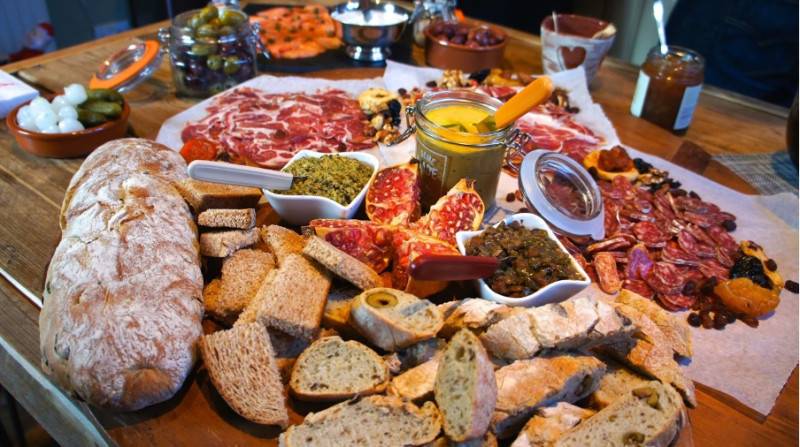 In Menorca, products such as cheese or milk make their mark on the markets. Menorca's dairy products have an exclusive taste that comes from the strong winds of the Tramontana, which saturate the fields with sea salt. Mahon cheese (named after the capital of Menorca-Mao, or Mahon as the locals call it) is a tasty example of such products and an essential gastronomic element of the Menorca foodie scene.
Mahon cheese is a special Menorcan cheese known for its blend of sweetness and slight saltiness. It is made according to family traditions. Mahon cheese is made from pasteurized cow's milk with small amounts of Menorcan breed sheep's milk.
You can find Mahon cheese in any local shop in Menorca. You can also order some in a bar or restaurant, but genuine sellers will be happy to offer you a plate with a glass of wine. It would be a shame to pass up such an opportunity. If you have a car, you can easily explore the whole island and find the most charming places where you can experience Mahon cheese at its best.
The shape of Mahon cheese has rounded edges, it is medium to large in size, tall in stature, with an orange rind and weighs up to 5 kg or more. So, in general, traditional Mahon cheese is sweet, fruity and slightly salty. However, there are some exceptions, so you can choose between aged and young Mahon Cheese. Artesano Mahon is young, matured for no more than three months and softer than traditional Mahon, while aged Mahon cheese is more elaborate and should be wrapped in foil. 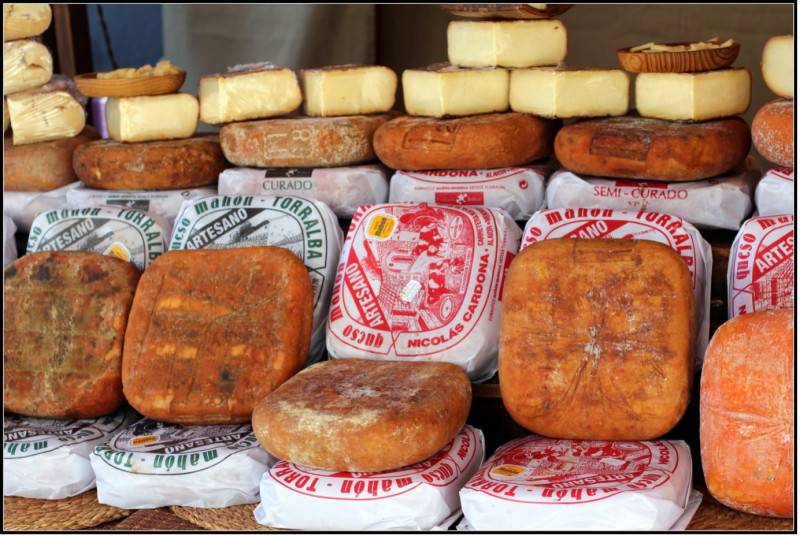 Caldereta del Llagosta - the best lobster stew in the world

Preparation of the Caldereta del Llagosta

Tie the lobster and put it in a pot with 6.5 cups of boiling water. Boil it for 15 minutes. Then remove it from the heat and let it cool. Save the broth. Chop the lobster, using your hands if possible. Chop the garlic, tomato and onion into small pieces. Heat the oil in an earthenware pot and stir-fry the onion. Add the tomato and garlic and continue to stir-fry until juicy. Then add the chopped parsley and the lobster pieces. After 5 minutes of cooking, add the reserved stock, season and cook for 25 minutes over high heat. Heat some oil in a saucepan and fry the remaining tomatoes over low heat until creamy. Strain the sauce and add to the casserole along with the brandy. Cook for a further 5 minutes. 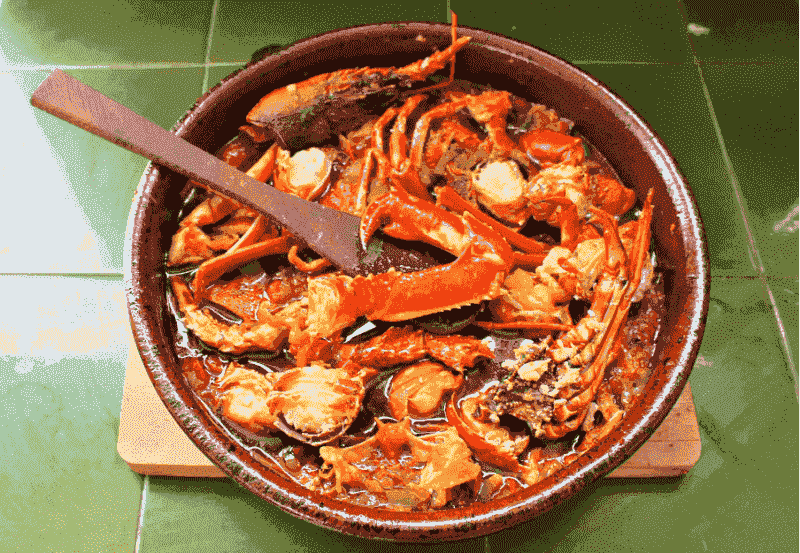 Venus Verrucosa is a small mollusc in the Veneridae family, also known as a sea truffle. It is an oyster-like member of the mollusc family. Venus Verrucosa is a local delicacy, a typical Menorcan seafood that you should not miss. Due to its rarity, it is much more sought after than its sister - the famous oyster. So if you are a fan of oysters, you will enjoy Venus Verrucosa. You want Venus Verrucosa to be served incredibly fresh with a squeeze of lemon juice.

Menorca is known for the most beautiful sandy beaches and as the proud owner of one of the most romantic port towns on the Mediterranean Sea-Ciutadella. Even though today the capital of Menorca is Mao, Ciutadella used to be the capital of this charming island. Menorca enchants its visitors with enchanting sunsets, blue bays and friendly locals. Menorca has 88,000 inhabitants, while the size of the island is only about 700 square kilometres. Menorca's official language is Spanish; however, the majority of locals speak Catalan (the second official language of Balearic Islands)-the Spanish dialect also found in Catalonia.
On the island, beautiful nature and protected areas are intertwined with living history, the traces of which can be found all over the island. You can even find the remains of megalithic stone monuments, which indicate that this island had a dynamic culture in prehistoric times.
Menorca is mostly flat, so it is very popular with cyclists and trail runners. Its highest peaks are El Toro at 358 meters above sea level. You can climb it on a winding road and enjoy the magnificent views of the island. 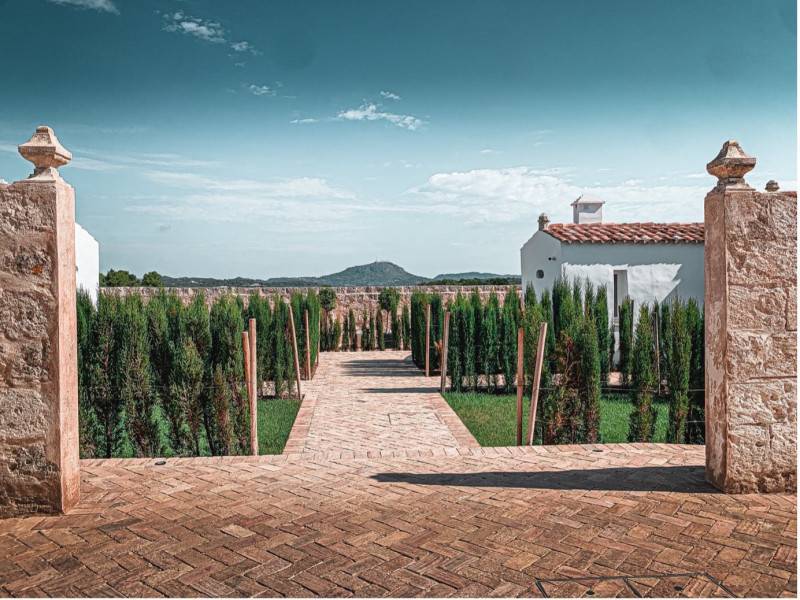