Find your rental car in Formentera

Formentera is the smallest and the westernmost island of Spain. It has about 10,000 inhabitants and lies only 13 km off the south coast of Ibiza. Its area is 68.5 square kilometres. Formentera is famous for its secluded beaches and rich natural landscape. Many holiday resorts have sprung up on the coast of Formentera, such as Playa d'en Bossa, Port des Torrent or Cala Saona. In 1982, an underwater nature reserve was established around Ibiza and Formentera, making it one of the first underwater parks in Spain and a popular diving area to this day!

The roads are mostly quiet so you can really enjoy your drive. The longest route is 312 km (193 miles) and loops around the island, so you can drive around the entire island in about 6 hours. To drive a car in Formentera, you must be 18 years old, have a valid driver's licence, and show valid proof of insurance for the vehicle you are driving. On Formentera, vehicles drive on the right-hand side of the road. The speed limit on the motorway is 120 km/h (75 mph). On normal roads the speed limit is 90 km/h (75 mph), on urban roads, it is 50 km/h (50 mph), and on all other through roads, there is a speed limit sign.
It's good to know that Spain has strict drink-driving laws, allowing only 0.5 milligrams of alcohol per millilitre of blood - stricter than in the UK, where the limit is 0.8. Novice drivers are effectively banned from driving under the influence with a very low limit of 0.1 mg/l. Seatbelts front and rear are compulsory everywhere.

Most popular car hire at Formentera

The most selected hire car in Formentera is the Peugeot 208, with the Renault Captur and Toyota Aygo also being a popular option. The most popular car types in Formentera are mini and economy.

Want to rent a car for a one-way trip? No worries! Orbit Car Hire offers a variety of one-way Car Hire options in many locations outside of Formentera. One-way car rental is ideal for cross-town or cross-country travel, saving time by not returning to your original location. Start your reservation with Orbit Car Hire and find great options on one-way car hire at locations across the Balearic Islands .

What to see in Formentera

Formentera is the smallest of the Balearic Islands and lies south of Ibiza and north of Maó (Mahon) in Spain. The island is famous for its tranquil atmosphere, crystal clear waters and fine white sandy beaches. It is also popular with campers as the prices for food and accommodation at the campsites are relatively cheap. However, it is worth staying in one of the local hotels or flats, as this gives you access to amazing places like Cala saona with its clear turquoise waters. There you can see fish swimming around in front of your eyes! Other activities include hiking on marked trails through pine forests next to magnificent cliffs, diving in beautiful bays, cycling on scenic roads, visiting caves and historical sites.

Drive your rental car beyond Formentera

Car trips on Formentera are a great way to explore the island. You can either take your car or rent one, but keep in mind that you will need a rental car on this small island. Everything is a bit scattered and a good way to get around without getting too hot is by bike! If you want to drive around the island, allow at least 30 minutes for the route. The roads are not too busy, so you will not be hindered by cars blocking the roads. Keep your eyes open for some beautiful beaches and many "calas", pretty little coves that are popular with visitors and locals alike. There are also some caves that have been converted into restaurants. So it's worth exploring and enjoying the island. 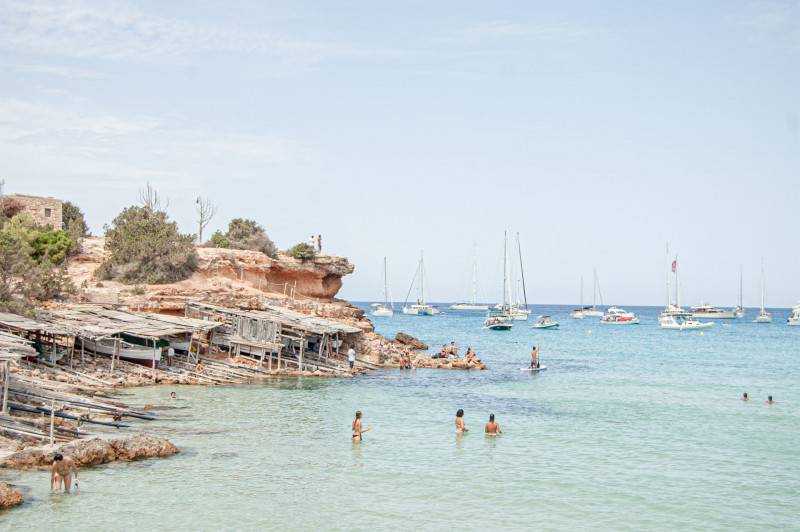 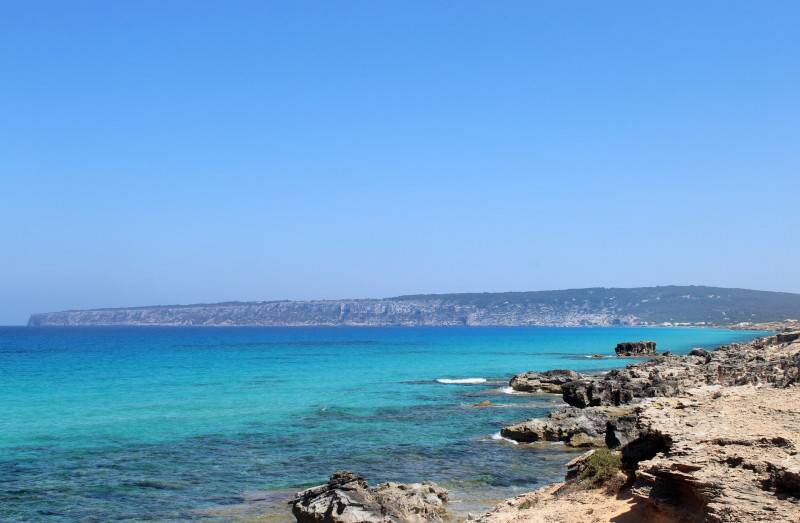 Where to eat, drink, and party in Formentera

When it comes to food, Formentera is all about tradition. The island's typically simple cuisine has been at the heart of its culture for centuries - and will continue being so long as there are still dishes that can only exist here on this small dot in Spain!

Formentera is a paradise for foodies! The island offers many different fruits and vegetables that you can't find anywhere else. We recommend trying the goat cheese, which has an intense flavour thanks to its combination with fresh herbs; or honey produced by bees living on this dry landscape that is on Formentera. 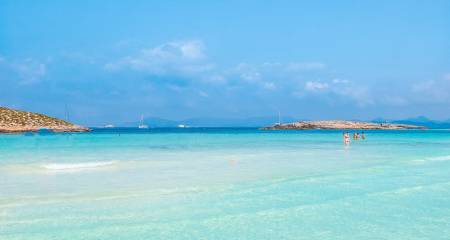