Larnaca also spelled Larnaka is a city on the southeast coast of Cyprus. It is an important tourist destination and the second most important port in Cyprus. The city of Larnaca is known for its beautiful promenade along the coast, where there is a row of palm trees. Most of the major festivals take place along this promenade. Larnaca is one of the oldest cities in Cyprus with luxury yachts docking in the port for tourists who enjoy the clean beaches, crystal blue sea, rich nightlife, and numerous festivals is Larnaca. The most popular beaches in this charming place are Mackenzie, Finikoudes, and Janates - for snorkeling lovers. Those who are interested in the history of this place can visit many places of interest, such as the Tomb of Saint Lazarus, the 17th-century museum, the Sultan Teke Hall, and the ancient city of Kition. The nightlife is not as active as in other places in Cyprus, so Larnaca is an ideal destination for a family vacation. However, there are plenty of bars to visit during the day, as well as a handful of restaurants where the food is said to be unique. Larnaca is the third-largest city after Nicosia and Limassol.

There are no tolls in Cyprus. Traffic in Larnaca is not exactly heavy, you may encounter minor congestion in the city centers, otherwise, you will mostly encounter rental cars along the way. Google Maps is very handy for navigation.
Parking lots are usually not hard to find, for the most part, they are even free, otherwise, they only cost one or two euros for the whole day. Parking at hotels is also free and mostly safe.
The speed limit on the roads is as follows, in the settlement 50 km/h, outside the settlement 80 km/h and on the expressway 100 km/h.

Most popular car hire at Larnaca

The most commonly chosen rental car in { CITY } is the Fiat 500, Fiat Panda, and Renault Clio. Renault Capture is also a popular option. The most popular car types in { CITY } are economy and mini.

Want to rent a car for a one-way trip? No worries! Orbit Car Hire offers a variety of one-way Car Hire options in many locations outside of Larnaca. One-way car rental is ideal for cross-town or cross-country travel, saving time by not returning to your original location. Start your reservation with Orbit Car Hire and find great options on one-way car hire at locations across the Cyprus.

There are plenty of things to do and see in Larnaca, but to get to know Cyprus, you'll need to hire a car and explore some other places near Larnaca. Here are some suggestions:

Famagusta is a well-known place in Cyprus and it's worth taking a day trip to get to know the region. A trip to the city of Salamis, Venetian fortresses, and even the famous Othello Tower, an imposing structure that guards the city and its port, is a must for fans of history and architecture. Medieval architecture surrounds you, giving you a sense of how things were centuries ago.

Although Paphos is smaller in area than Nicosia and Limassol, it has made great strides in recent years and is now one of the most attractive cities on the island. Starting from the magnificent Kato Paphos Archaeological Park, which houses the Tomb of the Kings and a large number of incredible mosaics, to the Church of St. Paul, the medieval fortress, to the Archaeological Museum.

This is the place with the best nature on the whole island. Cape Greco is something not to be missed. The protected nature park is located between Ayia Napa and Protaras and according to Cypriot legend was once home to a mythical monster. Amazing turquoise waters, rocks of various shapes, and hands down, perhaps the most beautiful view you'll ever see, will make you instantly fall in love with this little oasis of calm.

Ayia Napa is a great place for a day trip. There are many restaurants in the area and water sports of all kinds, including scuba diving. The best part is that it is only a half-hour drive from Larnaka.

Kornos, Cyprus is a rural village located in the center of the three major cities of Nicosia, Larnaca, and Limassol. From Larnaca, it is about 30 minutes by car to Kornos. Pottery traditions have endured here for centuries and are still a source of pride for the locals. The clay used to make the pottery comes from the foot of Stavrovouni Mountain.

Lefkara is one of the most visited villages in the Larnaka region for its deep-rooted traditions of lace-making, its captivating architecture, and its endearing inhabitants. From the 14th century onwards, embroidery and lacework became popular among the women of Lefkara. Leonardo Da Vinci once visited Lefkara.

What to see in Larnaca

Larnaca city is best known for its mile-long palm-lined promenade, better known as Finikudes, with a gleaming sandy beach, and a 14th-century fortress that was later used as a prison and is now the seat of the museum. In the center of the town is the 9th century Church of Saint Lazarus, dedicated to the Lazarus of Bethany. From a historical point of view, this is the biggest attraction of Larnaca, and the interior of the church is truly amazing. Also unmissable is the Hala Sultan Tekke Mosque, 4 kilometers from the center of Larnaca, built on the site where Umm Haram is buried, who according to tradition was the nurse of Prophet Muhammad and the wife of Ubad bin al-Samit, his follower. Larnaca is one of the cheaper cities in Cyprus, and prices are sometimes twice as low as in Ayia Napa. It's a good idea to buy souvenirs right here. 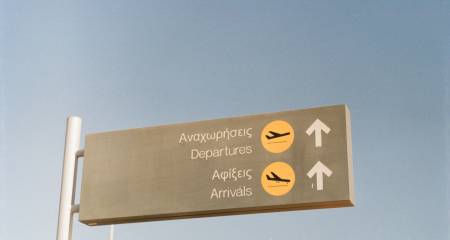