Paphos is located in the southwest of the island and, according to mythology, is the birthplace of Aphrodite, the goddess of love, beauty, and fertility. In ancient Greek and Roman times, Paphos was the capital of Cyprus. Today, it is the cultural capital of Cyprus, and the fact that the entire city is on the UNESCO World Heritage List speaks volumes about its archeological significance. In 2017, this city was the European Capital of culture. Greek and Roman buildings, medieval castles, the first Christian monasteries - all these places will surely attract the attention of tourists.

Paphos is considered the best destination in Cyprus for a romantic getaway or a relaxing, serious short break. The city is surrounded by picturesque bays and secluded beaches where you can endlessly enjoy the sound of the sea waves.

Paphos and its surroundings offer everything for a quality and fulfilling holiday with excellent hotels with European service, taverns with delicious Cyprus cuisine, and beautiful, well-kept beaches with clear water.

Driving is a good option in Cyprus, as public transport is not available everywhere at all times.  Roads connect villages and towns, with four-lane highways connecting the main cities of Nicosia, Limassol, Larnaca, Ayia Napa, and Paphos. Secondary roads and forest tracks are generally in good condition, although sometimes unpaved. Many mountain roads may be closed in winter. The Cyprus Police will keep you informed about the condition of the road network. The police also publish details of road closures or serious accidents on Facebook and Twitter. Up-to-date information on road conditions can be found at Troodos Mountains on the website Cyprus Ski Federation. Motorists should always have sunglasses handy as the bright lights can be dangerously blinding, especially in summer or if you are heading west in the late afternoon. Traffic moves on the left side. Visitors should drive defensively, as Cyprus has one of the highest rates of traffic fatalities in Europe. Plan for adequate stopping distance.

Most popular car hire at Paphos

The most selected hire car in Paphos is the Fiat 500, Fiat Panda, and Renault Clio. Renault Capture is also a popular option. The most popular car types in Paphos are Economy and Mini.

Want to rent a car for a one-way trip? No worries! Orbit Car Hire offers a variety of one-way Car Hire options in many locations outside of Paphos. One-way car rental is ideal for cross-town or cross-country travel, saving time by not returning to your original location. Start your reservation with Orbit Car Hire and find great options on one-way car hire at locations across the Cyprus.

What to see in Paphos

Paphos is the mythological birthplace of the goddess Aphrodite. Many tourists, therefore, like to swim around Aphrodite's Pillar, a mighty, solitary rock. It is located 20 km east of Paphos in the direction of Limassol. Further up the hill are also the remains of the sanctuary of Aphrodite. Paphos is a tourist and also a historical city in the southwestern part of the island. Here you can visit the Royal Tombs. The underground catacombs, carved into the stone, are at least 2400 years old. High priests and aristocratic representatives of the settlement at that time were buried in them. At the extreme point of the bay of the city is enthroned the fortress or city of Paphos. It is a Byzantine fortress, considered invincible to both Ottoman and Venetian conquerors. Next to the castle is the large archeological site of Kato Paphos, listed at UNESCO. 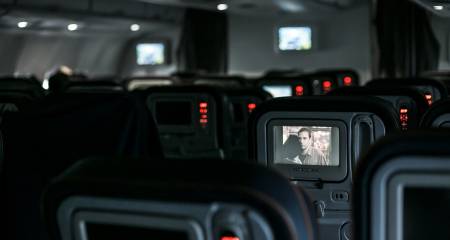