Erlangen is a city in Germany, more precisely in the state of Bavaria. It is a part of the administrative district of Middle Franconia. It is the smallest major city in Bavaria and together with Nuremberg, Fuerth and Schwabach it forms one of the three metropolitan areas in Bavaria.

The first mention of the name Erlangen dates back to 1002, but settlements in this area existed long before that. The city has a really long and rich past with many different ups and downs throughout history. Today, Erlangen is best known for the Friedrich-Alexander University of Erlangen-Nuremberg and the technology company Siemens. But this city also has a lot to offer for all kinds of tourists and travellers. If you are exploring Bavaria or taking a road trip through Germany, then you should put Erlangen on your list of cities to stop by and spend a few days in, you will not regret it.

Erlangen is also very popular among Germans, as this city hosts many interesting cultural and other events throughout the year. Tradition is very strong here and has a great influence on daily life. You can clearly feel this when you come here and walk through the streets of this historical city. It is even better if you manage to adjust your plan and come here during a festival or maybe during Christmas time because Erlangen has one of the most famous Christmas markets in Bavaria.

Besides history, art and culture, you can also discover the delicious Bavarian cuisine in Erlangen, as there are several wonderful restaurants in the city where you can try delicious menus that are traditional for this part of the country. So, if you are travelling in Bavaria, you should definitely stop in Erlangen. This city will enchant you not only for its charm and beauty but also for the fact that the streets of Erlangen are not as crowded with tourists as in the other major Bavarian cities. So you can really get to know the city without long lines in front of tourist attractions, restaurants or bars. Fasten your seat belt and drive safely!

If you want to explore Bavaria properly, a rental car is the best solution for you. Erlangen is located in the state of Bavaria and to explore this whole state and also the city of Erlangen, it is best to rent a car and make your own plan to explore the places that interest you. A rental car is the best option for any tourist who wants to explore places on their own. In Germany, there is a very well-organised public transport network, so you can combine driving and using public transport at any time. There are many places outside the city that can be easily reached by car. You just need to be well-informed, buckle up and drive safely!

So the options for getting around here are many and varied. It is up to you which means of transport you prefer. If you are driving, you just need to follow all the traffic signs and obey the rules. The roads in Germany are in a good condition and the cities are well connected, which makes this country a perfect place for a successful road trip.

Most popular car hire at Erlangen

The most selected hire car in Erlangen is the Fiat 500, Renault Clio or Opel Corsa. Renault Captur is also being a popular option. The most popular car types in Erlangen are mini and economy.

Want to rent a car for a one-way trip? No worries! Orbit Car Hire offers a variety of one-way Car Hire options in many locations outside of Erlangen. One-way car rental is ideal for cross-town or cross-country travel, saving time by not returning to your original location. Start your reservation with Orbit Car Hire and find great options on one-way car hire at locations across the Germany.

What to see in Erlangen

Erlangen is a city with many different historical, cultural and religious sites that are worth visiting. This means that this city is worth visiting for all kinds of tourists and travellers. There are also some outstanding places outside the city, as Bavaria is known for its beautiful nature.

If you are here in Erlangen, you should definitely visit the palace garden. This baroque garden was created in the 1700s and is very popular with both tourists and locals here in Erlangen. This garden also hosts the largest garden festival in Europe, inviting 6,500 guests. This festival is organised by the University of Erlangen-Nuremberg and is a very popular event that the locals are very proud of.

Another place worth seeing is the Orangery, which was built at the beginning of the 18th century. Initially, the building served its original purpose, but later the orangery became a building where many different events are held.

The Huguenot Church is a church built at the end of the 17th century. It was built by the Huguenots in the middle of the 17th century on the square of the same name. One of the most remarkable parts of this building is undoubtedly the clock with the blue-red-white colour on the dial as a sign of the French tricolour.

Drive your rental car beyond Erlangen

But of course, Germany is not just the industrial and financial giant. It is a country with many opportunities in many different fields. From arts, education, tourism, sports, etc. Germany has a long and turbulent past with all kinds of events and among these events, there are some that Germans are not very proud of, such as the World War. There are many monuments, museums and places that commemorate these events and send a warning to the world that this kind of event should never happen again. 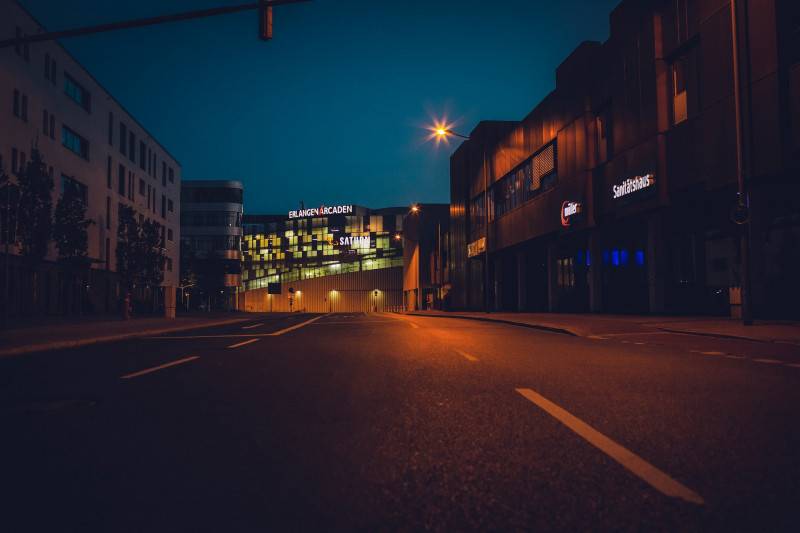 Where to eat, drink, and party in Erlangen

Erlangen is a city famous for food and beer. Bavaria is a state that has some of the most famous beers on its list of local products and, of course, this is also a state with many delicious flavours that you can discover in some of the best restaurants in Germany. There are many different restaurants in the city where you can explore the local gastronomy or try some of the authentic German dishes. Of course, there are also some restaurants that offer more modern German cuisine and also menus from all over the world. So, it is up to you what kind of culinary offer you prefer, but one thing is for sure, Erlangen will definitely meet your expectations.