Mainz is a city in Germany, more precisely in the federal state of Rhineland-Palatinate. Mainz is also the largest city in the state of Rhineland-Palatinate and its capital. Together with the surrounding cities, towns and villages, it forms the Frankfurt Rhine-Main metropolitan region. The city was founded in the 1st century BC by the Roman Empire on the left bank of the Rhine. In the beginning, it was actually just a fortress that provided additional protection to the surrounding towns, but slowly Mainz grew in many ways and became an important city in the Holy Roman Empire in the 8th century AD. Later Mainz experienced several ups and downs and the last setback was the heavy bombing during World War II. The city was largely destroyed during this bombing, but after the end of the war, Mainz was completely renovated and restored step by step.

Today Mainz is a very interesting and charming city that attracts tourists from all over Germany and also from other parts of the world. There are a lot of interesting things to see and do here, and if you are taking a road trip through Germany or at least through this area, you should definitely put Mainz on the list of cities to stop and explore. You will not regret it, because there are many historical, cultural and religious sites worth visiting here, but you can also admire the beautiful nature surrounding the city. If we add great gastronomy, friendly people and many festivals, Mainz is really a perfect place for a short holiday.

The city is known as an important transport centre, which means that the transport infrastructure is very well developed. The city is well connected with other parts of Germany and Europe, so it is really easy to get here and also plan your further holiday or road trip after you have explored Mainz. So it's up to you what kind of holiday you prefer and what activities you are looking for, but one thing is for sure, Mainz will offer you many different things to choose from. Buckle up and drive safely!

A rental car in Mainz is the best option if you want to explore not only Mainz but also the surrounding areas of the city or the state of Rhineland-Palatinate. This city, and in fact the entire region, is known as a major transportation hub. This means that the transport infrastructure is well developed and maintained, so driving your car should be a pleasure. As you leave Mainz and drive through the countryside, you'll be treated to some great views.

To avoid problems on German roads, you should follow the traffic rules and pay attention to the road signs. In general, traffic signs here in Germany are clear, visible and frequent, so it's quite easy to find your way around.

Vehicle registration and city government sell stickers. Local garages and vehicle inspection centres such as TUeV and DEKRA are also authorised to sell stickers. If you buy them directly from municipal offices, they cost €5. Online, they can cost more. And if they need to be shipped abroad, that can sometimes be a bit more expensive. The city of Berlin sells stickers online (in English or German) for 6 €. TUeV-SUeD offers stickers for 15 € in German, Česky, Français, English, Italiano, Polski, Tuerkçe. TUeV-NORD sells stickers for €9.90 if the vehicle is registered in Germany, for €17.50 if the vehicle is not registered in Germany.

The environmental zone in Mainz is delimited by the freeway ring. The industrial area north and south are excluded from the zone.

Buy vignettes only on the official websites of the city or TueV. Other websites are often much more expensive if you can get a valid sticker there at all.

Most popular car hire at Mainz

The most selected hire car in Mainz is the Fiat 500, Renault Clio or Opel Corsa. Renault Captur is also being a popular option. The most popular car types in Mainz are mini and economy.

Want to rent a car for a one-way trip? No worries! Orbit Car Hire offers a variety of one-way Car Hire options in many locations outside of Mainz. One-way car rental is ideal for cross-town or cross-country travel, saving time by not returning to your original location. Start your reservation with Orbit Car Hire and find great options on one-way car hire at locations across the Germany.

What to see in Mainz

Mainz or many would say the wine capital of Germany, is a city with a wide variety of things to do for any type of tourist or traveller. There are really many different things you can see and do here.

One of the most famous attractions of the city is the Mainz Cathedral. This majestic structure was built about 1000 years ago and is still the most important religious object in this region. Besides that, it is also a very popular tourist attraction. If you come to Mainz, you will know why.

Another attraction you should not miss in Mainz is the Guttenberg Museum. Guttenberg, the man who printed the first Bible, was born and lived here in Mainz. Today you can visit the museum dedicated to the life and work of this great man.

The market is another attraction worth visiting, as there are many different things to do here. Three times a week there is a market in this square where you can buy all kinds of local products. But there are also some tourist attractions here like the market fountain and the Romanesque palace chapel, which was commissioned by Adalbert of Mainz.

Drive your rental car beyond Mainz

Germany or the Federal Republic of Germany as the country's official name is, is located in Central Europe and is the second-most populous country in Europe after Russia. Germany borders Denmark to the north, Poland and the Czech Republic to the east, Austria and Switzerland to the south, and France, Luxembourg, Belgium, and the Netherlands to the west. The country's capital and largest city is Berlin, and Germany's financial centre is Frankfurt. In many ways, Germany is undoubtedly one of the strongest and most developed countries in the world. It is the country with the largest economy in Europe and the fourth-largest economy in the world. It is a world leader in several industrial, scientific and technological fields and is both the third-largest exporter and the third-largest importer of goods.

If you are not interested in the mountains, you can always visit the lakes and rivers or even try rafting or kayaking. The countryside in Germany is also beautiful and worth experiencing. You can also drive around and visit many romantic little villages where you can learn more about the German culture and traditions, meet the locals and try some local specialities. If you decide to explore the German countryside, you can also be prepared to see some amazing castles. Some of them are abandoned and only ruins remind us that the castle was here in the past, but some castles are still alive and are being renovated to house museums, galleries, etc. and are spectacular tourist attractions. An interesting fact about Germany is that it is the country with the third-largest number of UNESCO World Heritage Sites. Besides castles, there are fascinating churches and other majestic architectures all over the country that will simply take your breath away. 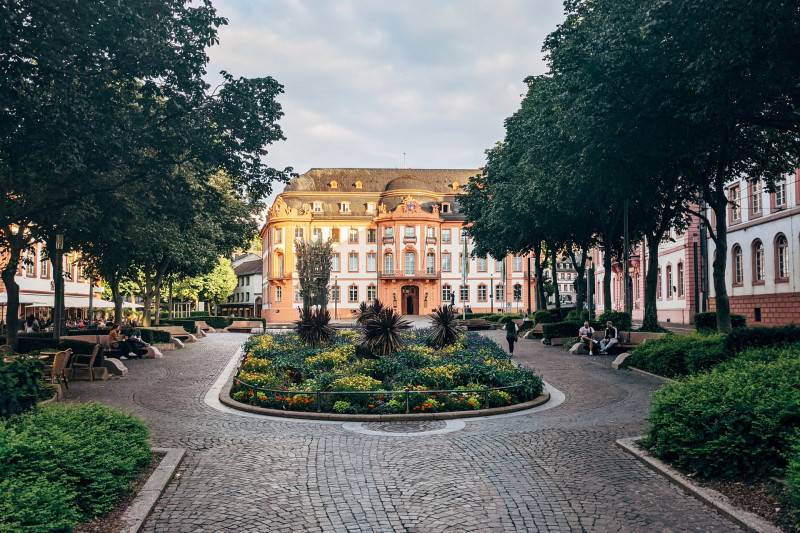 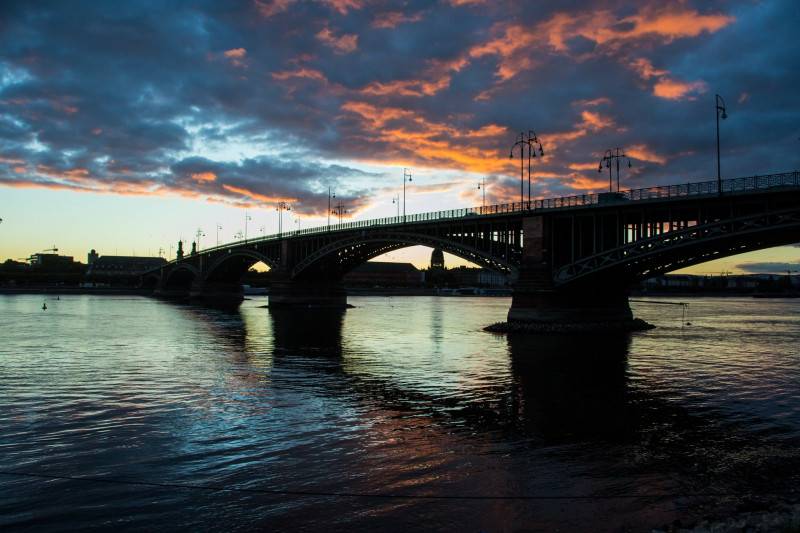 Where to eat, drink, and party in Mainz

Mainz is a perfect destination for all gourmets. It is also the so-called wine capital of Germany, so you know what to expect here. But you can also always expect surprises. In Mainz, the gastronomic surprises are usually positive, as there are a large number of fantastic restaurants and pubs throughout the city where you can enjoy a wide variety of cuisines. From traditional German cuisine to more modern menus and also menus from all over the world.