We want our customers to experience only the best Ljubljana Dowtown car hire service at all times. We choose our partners carefully to ensure the best possible service. We want your trip to be unique.

Orbit Car Hire deals in Ljubljana Dowtown include all mandatory fees, taxes, extras, CDW, Theft Protection, and Unlimited Mileage so there won't be surprises when you pick up your hired vehicle.

Orbit Car Hire connects you with the biggest brands and best local brands for your Ljubljana Dowtown car hire. We offer you to choose from a wide variety of different vehicle classes, so you can find a rental car that suits your needs and budget. Find top suppliers such as AirAuto and SurPrice Rent a Car.

Why Hire a Car in Ljubljana

There is a lot to see in and around Ljubliana. Medieval buildings line the squares of the old town and Ljubliana Castle sits atop a hill overlooking the city. If you want to see a slightly different side of Ljubliana, head to Metelkova City. A place that used to house military personnel is now a place where artists meet and subcultures emerge. The bars and nightclubs here are very popular. If you are looking for something quieter, you can go to Tivoli Park. There are many park benches there where you can enjoy the sun. 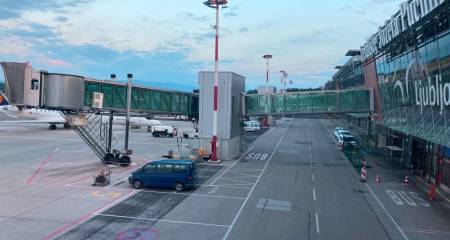