Find your rental car in Birmingham

Birmingham is a city in the West Midlands region of England. With over 1.5 million people, it is the second-largest city in the United Kingdom. Birmingham is an important economic and cultural centre with a strong history in industry, commerce, education and the arts. The city is home to five universities, including the University of Birmingham and several other higher education institutions. Birmingham is also an important centre for the performing arts with a range of theatres, museums and music venues. In addition, the city has a diverse range of communities and cultures and is a significant venue for national and international events. Birmingham is a vibrant and exciting city with something for everyone.
Birmingham is the fourth most visited city in the UK for people from other countries.

Birmingham is a great city to drive in, but there are a few things you should be aware of. First of all, the roads can get very busy during rush hour. It is essential to be mindful of your surroundings and plan your route accordingly. Secondly, finding a parking space can be difficult and quite expensive. If you are looking for a parking space, read the signs carefully and follow the instructions. Finally, remember to drive on the left side of the road! If you take these tips to heart, you should be able to drive to Birmingham without any problems. There is plenty of parking in the city centre. Traffic rules are clear, and roads are well signposted. Locals generally drive correctly and follow the traffic rules. Consider the weather when you are going and be aware of traffic during rush hours.

Most popular car hire at Birmingham

The most selected hire car in Birmingham is the Fiat 500, with the Ford Fiesta and Kia Stonic also being a popular option. The most popular car types in Birmingham are Mini and Economy car categories.

Drive your rental car beyond Birmingham

Do you want to rent a car for a one-way trip? No problem! Orbit Car Hire offers a variety of one-way rentals in many locations outside of Birmingham. A one-way rental is ideal for travelling across town or the country and saves you time by not having to return to your original site.
As Birmingham is a city in the middle of the UK, it is exciting to travel beyond Birmingham. There are many fascinating cities to drive to with your hired car, such as Coventry, Worcester, Wolverhampton, Derby and many more! With permission of the car hire company you work with, you can even take your rental car to other places like Scotland, Northern Ireland and Wales and start your little UK trip. The possibilities are endless!
Start your reservation with Orbit Car Hire and find excellent options for one way car hire in locations all over the UK.

There are many great day trips you can take from Birmingham, UK. Whether you want to explore a nearby city or admire Birmingham's stunning countryside, there's sure to be a perfect day out. Whatever you are looking for, you will find the ideal day trip from Birmingham.

Stow-on-the-Wold
Stow-on-the-Wold, the highest town in the Cotswolds, perches at an impressive 800 feet on Stow Hill and is one of the most famous towns in this picturesque English region. Known for its antique shops and art galleries, Stow-on-the-Wold is the perfect place to find a unique piece for your home. It's an atmospheric market town with the market square at one end, the stocks at the other and lots of authentic stone shops and townhouses. Do not miss the iconic door of St Edward's Church, said to have inspired J.R.R. Tolkien's 'Doors of Durin' in The Lord of the Rings: The Fellowship of the Ring. The drive to Stow-on-the-Wold takes about one and a half hours.

Stratford-upon-Avon
If you are a theatre buff, you must visit William Shakespeare's home town of Stratford-upon-Avon. The main Shakespearean venues are the Royal Shakespeare Theatre and the Swan Theatre, two adjoining establishments on the banks of the River Avon. But there is much more to see, including the 500-year-old Cottage, Shakespeare's half-timbered birthplace, the MAD museum of kinetic artworks and the relaxing canal basin with its colourful canal boats and rowing boats. The drive to Stratford-upon-Avon takes about an hour.

Telford
Telford in Shropshire should also be on your Birmingham road trip hit list. Ironbridge Gorge, south of the city, is a UNESCO World Heritage Site and has been the cradle of the Industrial Revolution in the 18th century. Today there are ten museums here, all housed in authentic warehouses, factories and homes. The Wreckin is a stunning viewpoint five miles out of town that is well worth a hike. It is a volcanic peak older than Mount Everest and has a fantastic view of 17 English counties. The drive to Telford takes about an hour.

What to see in Birmingham

Are you looking for things to do and see in Birmingham? Whether you want to explore the parks and countryside, taste the incredible range of food and drink, or unwind with a relaxing spa break. There are plenty of fun things to do in Birmingham. Guided tours and visits are always one of the best ways to explore and learn more about the place you are visiting.

Sarehole Mill
Sarehole Mill is a working watermill in the Hall Green area of Birmingham. It is now a public museum. The mill was initially built in 1542 but was rebuilt in 1756 and again in 1822. In 1869 the mill was owned by Matthew Boulton and was used for grinding oatmeal and wheat. The mill continued to be used commercially until 1919, when it ceased to operate. It was then used as a private residence until Birmingham City Council acquired it in 1984. The City Council carried out extensive restoration work on the building and opened it to the public in 1987.

Aston Hall
Aston Hall is a large country house in Aston, Birmingham. The hall was built in 1618 by Sir Thomas Lyttelton. Aston Hall was created as a rural retreat for Sir Thomas Lyttelton and his family. It was also used to entertain guests and as a place for business meetings. In 1649, Aston Hall was the scene of a Royalist plot to free King Charles II from captivity in England. The story was uncovered, and the conspirators were arrested. Aston Hall remained in the Lyttelton family until 1758, when it was sold to Matthew Boulton, a Birmingham manufacturer. Boulton used Aston Hall as a summer residence and for entertaining guests. The interior of Aston Hall is lavish with a great hall, several staterooms and a stunning staircase. In 1817, Aston Hall was purchased by the Birmingham Corporation and opened to the public as a museum.

The Birmingham Botanical Gardens
The Birmingham Botanical Gardens are a public botanical garden in Birmingham, United Kingdom. The gardens were opened to the public in 1832 and now cover an area of 12 hectares. The gardens are home to over 11,000 different species of plants and a variety of animals and birds. Visitors to the parks can enjoy a range of activities, including walks and picnics around the beautiful grounds or taking part in one of the many educational events and programmes. 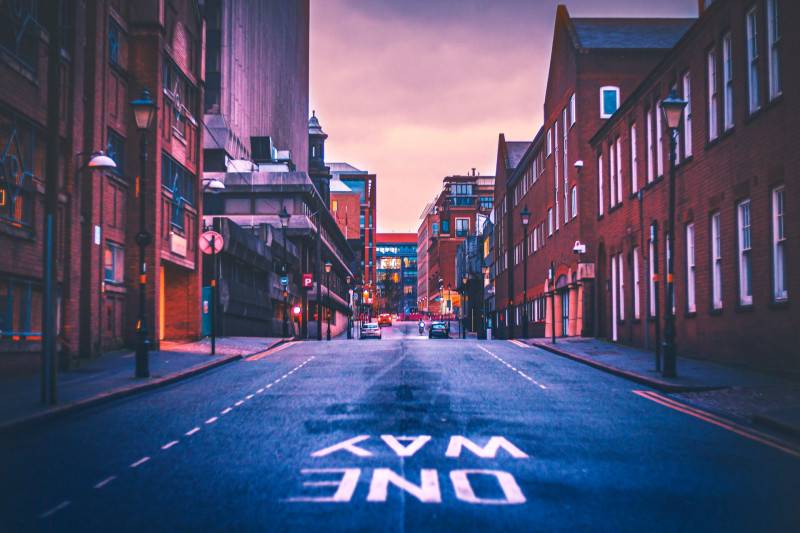 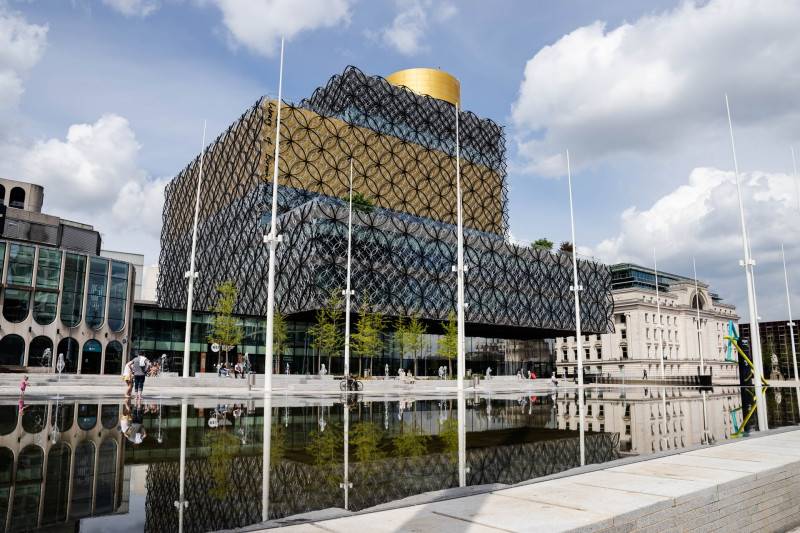 Where to eat, drink, and party in Birmingham

If you are looking for an unforgettable culinary experience, Birmingham is the place! Michelin-starred restaurants, stylish independent eateries, street food, the world-famous Balti Triangle, farmers' markets and afternoon teas. The restaurants in Birmingham serve you dishes from all parts of the world. Birmingham has it all, so lick your lips and dive in!

The Coconut Tree
This multi-award winning, friends and family-run business brings Birmingham Sri Lankan street food dishes and cocktails. The Coconut Tree's cuisine consists of smaller tapas-style words featuring plants, fish and meat - a menu that naturally has something for everyone.

Chapter
The chapter is an independent restaurant whose menu is inspired by nature and seasonal and relies on quality British produce. The chapter is community-focused with all-day dining, weekend brunch and Sunday roasts - it has something for everyone. Visit the Chapter restaurant, bar and terrace for quality flavours and a relaxed atmosphere.

Varanasi
Take a trip to the depths of Dubai on Birmingham's Broad Street and be treated like a king or queen while dining in style! Varanasi has taken inspiration from world-famous London eateries Hakassan and Buddha Bar and the luxurious elegance of Dubai. The city's most prominent restaurant welcomes you through a hallway of dreams in a mesmerising three-storey diner with multi-purpose private rooms and three cocktail bars. The menus reflect the restaurant's upscale aura, and a selection of sumptuous dishes have been created through variations on old favourites and new seasonal additions.

Aria Restaurant at Hyatt Regency Hotel
Enjoy afternoon tea in the elegant surroundings of the Aria. The luxurious afternoon tea consists of three layers of freshly prepared treats. The top tier of the stall is beautifully presented with a collection of fancies made from the freshest fruits of the season. This season, blackberries take centre stage with delights such as a blackberry ricotta cheesecake and a blackberry frangipane tart. The second tier consists of a selection of open sandwiches with tasty vegetarian and non-vegetarian fillings. The final tier consists of the classic scones, fresh from the oven and generously spread with sweet jam and clotted cream.

The Loft
The Loft is located in the heart of Birmingham next to the Birmingham Hippodrome, the Arcadian and a stone's throw from New Street Station. The Loft specialises in premium spirits, cocktails and craft beer. It is accompanied by fresh, delicious, home-cooked food served throughout the week. The award-winning and weatherproof garden is open all year round with extra blankets for those cold winter nights.

Pennyblacks
Pennyblacks is a lively, modern bar serving a wide selection of wine, real ale and cider, and a whole range of imaginative cocktails. Every Thursday, Friday and Saturday night, there is a live programme from 8 pm DJ, and the biggest sports games are broadcast live. 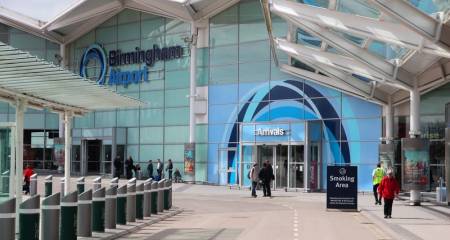