Find the best deals in Dubrovnik

Dubrovnik is a city with an ancient history that continues to be fascinating today. The old town, which you can see from atop its impressive walls built in order to protect residents against attack or invasion by sea forces alike; buildings where many notable people lived such as Davorin Mucic (painter), Anica Tanczos-Orbeceri (writer) -just some of them-, are worth exploring for any visitor who comes here and may very well leave wishing they could stay forevermore!

Dubrovnik is a city with an ancient history that has been witness to many events, both good and bad. It's one of Europe’s most popular tourist destinations because it will never cease to amaze its visitors

Driving in Dubrovnik is relatively simple and easy. The streets can get busy during the main summer months of July and August when tourism is booming. However, the roads are well maintained in Croatia and you will not experience any troubles or delays on the road. If you would ever need assistance while driving, the friendly locals of Dubrovnik will be more than willing to provide assistance.

It's a good idea to know the legal limit for drivers over 24 in Dubrovnik. If you're of age and your blood alcohol level is above 0.05 mils. For drivers under the age of 24, there is a zero-tolerance for drinking and driving with 0.00 mils rule. In Dubrovnik, you need to be at least 18 years old to rent a car, and with some car hire suppliers, the maximum age to rent a car is 75 years of age. This can differ between car hire companies as well as car categories. Please note that young driver fees may apply to people under 25 years of age, this can also vary between companies and car categories. When you book a car with Orbit Car Hire, you will always find the price to have a young driver fee or other fees included in the offers. The speed limit on the motorway is 130 km/h (81 mph). On normal roads the speed limit is80 km/h (50 mph), on urban roads, it is 50 km/h (31 mph), and on all other through roads, there is a speed limit sign

Most popular car hire at Dubrovnik

The most selected hire car in Dubrovnik is the Fiat Panta, with the Volkswagen Up and Opel Corsa also being a popular option. The most popular car types in Dubrovnik are mini and economy.

If you are travelling in large groups, you can find people carriers with seats for up to 9 persons. With the Renault Trafic, Mercedes V-Class and Opel Vivaro as options. They are also known for their large luggage space.

If you're looking for the best way to travel around Dubrovnik, a luxury car hire service is your ticket. Rent an array of high-end cars like Range Rovers or Jaguars and find out why these are just some of Europe's finest vehicles when it comes down to quality standards!

Want to rent a car for a one-way trip? No worries! Orbit Car Hire offers a variety of one-way Car Hire options in many locations outside of Dubrovnik. One-way car rental is ideal for cross-town or cross-country travel, saving time by not returning to your original location. Start your reservation with Orbit Car Hire and find great options on one-way car hire at locations across the Croatia.

Hiring a car in Dubrovnik and returning it across the border is easy with Orbit Car Hire. You can hire at one of their conveniently located airports, then drop off right where you depart! With leading brands like Alamo as well as Enterprise Rent A Car available for your needs this service will make sure that when embarking on an adventure around Montenegro there are no surprises along the way - just good deals waiting to be booked through our website.

The Island of Lokrum

Planning a trip to Dubrovnik? If you are still trying to decide between staying in Dubrovnik or taking a trip somewhere, then here are some reasons why you should go to The Island of Lokrum in Croatia. Everyone loves an adventure and there never seems to be a better way to get one than with an island getaway. There are many amazing islands around the world and one of them is The Island of Lokrum in Croatia.

​The island has many historical and natural landmarks all over, making it a wonderful place for you and your family to visit. One of the most famous landmarks on the island is a monastery that was built during the 14th century, and it's said to be haunted. Many people have reported seeing a monk standing by the entrance of the church around midnight or early in the morning. Some people believe that these sightings are real while others think it's just a trick played by local tour guides to make tourists visit this landmark more often. If you manage to catch sight of this ghost monk, please let us know if he exists!

Cavtat is a small coastal town, which lies on the coast of the Adriatic Sea in Dubrovnik-Neretva County. It is located southwest of Dubrovnik and is perfect to visit in car hire. Although it has about 5,000 inhabitants, the number of visitors during the summer months reaches 150,000 people per day! Tourists can enjoy various activities here such as exploring attractive beaches and swimming the first line and tasting delicious dishes at local restaurants and cafes along with fresh fish and other seafood specialities. Cavtat also offers a wider range of music concerts and festivals so do not forget to check its event calendar before visiting this place!

If you would like to spend your weekend away from busy life and enjoy a relaxing and peaceful stay by the sea, then Cavtat could be your perfect choice. This small and charming town offers numerous bars and restaurants where you can try various dishes of Mediterranean cuisine; however, seafood is one of the most popular menu items in this area. Tourists also can rent a boat or go for a speed boat ride to explore local islands like Kolocep or Lokrum. You should not miss beautiful Dubrovnik as well! The city has many historic sights which must be included on your visit list: old town walls, Saint Blaise's church and lots of other interesting attractions that will surely make your trip unforgettable.

Montenegro is one of the most attractive tourist destinations in the world. The country offers many natural and historical beauties that will fascinate anyone who decides to visit. You can take a day trip from Dubrovnik to Kotor, Cetinje and Lovcen National Park.
Kotor sometimes referred to as the "eighth wonder of the world", is located at the entrance of the bay Boka Kotorska (also known as the Bay of Kotor) between Montenegro and Albania, about 85 km from Dubrovnik. The small town with its numerous ancient churches presents to its visitors the richness of traditional culture combined with a unique history. It was first mentioned in the fifth century BC by the Greek historian Herodotus. It is also famous for the medieval fortress walls that have protected it from invaders for more than 2,000 years! Kotor is truly one of the most beautiful cities you will ever visit. This place looks like a fairy tale castle that you can see from everywhere.
Another gem in Montenegro is Cetinje - the historical capital of Montenegro. It was founded by the Nemanjić dynasty in the XIV century and has a long history of fighting the Ottoman Empire until it gained independence in 1878 and the city became the official capital. Nowadays, many people come to Cetinje to visit the numerous museums that house a rich cultural heritage, but also for the attractive old town with many cafes, art galleries and souvenir shops. So why not take a day trip with your family?
The last destination is Lovcen National Park. It is one of the most beautiful nature reserves in Montenegro, where you can hike or bike and admire numerous plant species. Also, if you want to see a unique mountain with many karst phenomena, this is the best place to visit. A mountainous area with an altitude of over 1,700 meters has about 2 million hectares that are home to enchanting lakes, unspoiled nature and diverse wildlife with bears, wolves or eagles... This park will certainly leave a deep impression on your memory.
Montenegro is truly one of the most attractive places in the world that will never disappoint you. If you are planning a day trip from Dubrovnik, this country is the perfect choice because it has something for everyone!

Mostar is a beautiful, historic city that's worth visiting. It has always been an important place for tourism due to its rich history and cultural heritage. People come from all over the world especially during the summertime because this riverside spot in Mostars river offers cool relief from Dubrovnik or other big cities' heat - making it popular among swimmers as well; visitors want their own piece of blue gemstone-like water with some shady trees on either side!

Split is a must-see for any visitor to Croatia, and it doesn't have to be in the same place that you start your vacation. Split offers travellers many options when deciding where they want to spend their time; whether it's an entire day or just one night! Take some advice from locals by staying at one hotel then exploring all this historic city has an offer like walking down Viašićeva Street and stroll along Medjugorje beaches which are steps away too if that appeal more than swimming next door.

What to see in Dubrovnik

Dubrovnik is the true star of Game of Thrones. The "Kingdom of Westeros" (where much of the show's action takes place) is actually in a fictional country called "Essos," which comprises most of the eastern continent in George R.R. Martin's books. But when it came time to film the series, no other city in Europe had the perfect look of a medieval walled port town on the Adriatic Sea.

The location scouts chose Dubrovnik, Croatia, which is already an incredibly popular tourist destination because it's one of the best-preserved examples of a traditional European walled city. The natural harbour just outside the walled city and unique positioning at the centre of various cultural influences over the centuries have given Dubrovnik a look that is both distinctly Mediterranean and oddly familiar.

The Dubrovnik Summer Festival is a major tourist attraction in the Croatian city of Dubrovnik. It features a variety of music, drama, and opera events performed outdoors at locations throughout the city. The festival lasts from mid-July to late August every year and attracts visitors from all corners of the globe. Some events are staged within historic venues, such as the Sponza Palace and the Rector's Palace. The mild Mediterranean climate of this coastal city is suitable for outdoor performances. Dubrovnik is one of the warmest cities in Europe and offers a variety of local cuisines and some regional delicacies.

Dubrovnik, a pearl of Adriatic is known for its many festivals and carnival celebrations. Moreover, Dubrovnik is not only popular for its summer festivities but also for the winter festival. Throughout the year, it hosts different celebrations and carnivals including music concerts and theatrical performances; however one of the most prominent ones is Winter Festival. Winter Festival is a cultural event held in Dubrovnik every year from the 8th of January until the 10th of February. 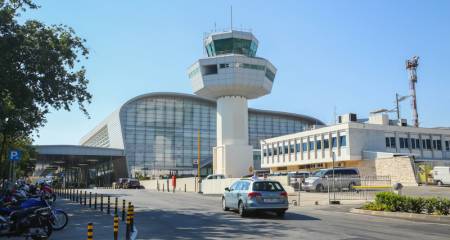