Find the best deals in Split

Split is Croatia's second-largest city, with over 178.000 people living in the city. Split has a unique setting that makes it one of the most scenic cities in Europe, the dramatic coastal mountains serve as an ideal backdrop for its turquoise waters making Split, unlike any other place you've been before. Split is a city that has been on the map for centuries. The Romans first put it there when they built their retirement palace, which Emperor Diocletian called home in 400 AD -and it's still a significant landmark today! Regardless of who else inhabited Split or what empire happened across its great walling walls, no one could conquer this historic town because there are ancient ruins alongside medieval churches galore and many trendy shops with stylish bars and boutiques.

Split is located on the eastern shores of the Adriatic Sea, at the foot of Mount Biokovo (1862 ft). The promontory on which the city is situated separates the Kvarner Gulf from the northern shore of Split Bay. Split has a humid subtropical climate with hot summers and mild winters. The annual average temperature is around 13°C, making it one of the world's warmest cities in the October to May period, but still far below other places in regions like the Mediterranean and even North America.

Driving in Split is generally simple to drive around. The road condition is very good. You will not find many difficulties while driving in the city or on the highways. The locals are also very helpful when tourists need assistance or any help is required while on the road in Croatia. Nevertheless, you must strictly follow the traffic rules and, of course, be careful.

In Split, you need to be at least 18 years old to rent a car, and with some car hire suppliers, the maximum age to rent a car is 75 years. This can differ between car hire companies as well as car categories. Please note that young driver fees may apply to people under 25. This can also vary between companies and car categories. When you book a car with Orbit Car Hire, you will always find the price to have a young driver fee or other fees included in the offers. The speed limit on the motorway is 130 km/h (81 mph). On normal roads, the speed limit is 80 km/h (50 mph). It is 50 km/h (31 mph) on urban roads, and on all other roads, there is a speed limit sign. Driving in Croatia is relatively easy. Driving in Split, however, does require some attention to driving habits. There are a few key points you should know before driving in Split: It is essential to remember that in Croatia, there is a zero-tolerance for drinking and driving. All people under 25 have a very strict zero-tolerance with 0% alcohol level in the blood (BAC). For drivers over 25, the maximum alcohol level in the blood can be 0.5% (BAC). This is more strict than is known in the UK and a reason to keep in mind before renting a car in Split.

Most popular car hire at Split

The most selected hire car in Split is the Fiat Panda, with the VW Up and Toyota Yari also popular options. The mini and economy car categories are the most popular car types in Split.

If you are looking for a luxury car hire in Split, look no further. With Orbit Car Hire, you can rent a luxury car such as Range Rover Sport, Jaguar XE, Audi A6, Mercedes V-Class and more great luxury brands.

Travelling in large groups in Split is easy. You can rent a 9-seater Renault Trafic and Mercedes V-Class that give all passengers great space for their feet and very large luggage space simultaneously.

Want to rent a car for a one-way trip? No worries! Orbit Car Hire offers a variety of one-way Car Hire options in many locations outside Split. One-way car rental is ideal for cross-town or cross-country travel, saving time by not returning to your original location. Start your reservation with Orbit Car Hire and find great options on one-way car hire at locations across the Croatia.

Trogir was once a vibrant trading town known for its medieval frescos and impressive bridge. It's since fallen on hard times, but there are still vestiges of Trogir's former glory: churches filled with centuries-old art; ancient stones marking where ships used to anchor back when this place was booming--more tourists will be able to see these things soon thanks in part due to the addition that made them international world heritage site! Trogir is a hidden gem (on the UNESCO world heritage list), and it's only 30 minutes from Split!

Šibenik is a beautiful city in Croatia that has been around for centuries. The Cathedral of St. James is on UNESCO’s World Heritage List and has an exciting exterior containing sculpted human heads made after unknown individuals living in Šibenic(15th or 16th century). Also, there's also St Michael's Fortress, which was built during medieval times; it now provides breathtaking views over its surroundings from atop this hilltop fortress!

Plitvice Lakes National Park is the most famous natural wonder in Croatia. The 16 pristine lakes are a Unesco World Heritage Site and provide a fantastic opportunity to kayak, hike or boat ride around them all!

The second closest island in Split's archipelago, Brač, can be reached by ferry or catamaran from the main port of Supetar. The ride takes about 50 minutes, and there are plenty more things that you'll want to do when arriving! You could have a leisurely day at one of many small beaches on offer; some popular spots include Milna Cove (famous for its sandstone cliffs) with excellent watersports like scuba diving - just remember where life begins if planning this trip as well because Bol has several churches worth seeing too

If you are only in Dubrovnik for the day, look at this bustling medieval town. You’ll be able to see everything that it has and then some! You can rent a car one way from Split to Dubrovnik with Orbit Car Hire.

What to see in Split

Split is one of the most scenic cities in Europe, with many great things to do and see. If you're planning a vacation visit to Split, we recommend getting a car hire because it'll make exploring all this gorgeous city available for visitors much easier!

The Cetina River is a spectacular sight to see. This 101km long river in southern Croatia has more water than any other place on earth, making it one of the most amazing natural wonders you can visit!
It may not be as glamorous or well-known as famous landmarks like The Grand Canyon. Still, I assure you will have an incredible time visiting this UNESCO World Heritage site once your trip here ̶ there's plenty for everyone who visits: fishing spots where native Dalmatian populations used them back when they didn't even realize that fish could swim Upstream.

Diocletian's Palace is an ancient palace that was once home to the Roman emperor, Diocletian. It stands in Split Town today as a reminder of days long past and what life may have been like for those who lived centuries ago.

Marjan Forest Park - This beautiful forested hillside park has something for everyone. Whether you're a jogger, hiker, or just looking to take in some fresh air and enjoy the views of nature's beauty from one of many lookout points along this trail - there should be something that'll suit your needs!

Marjan Hill is a hill on the peninsula of Split. It has 314 steps and is 178 meters in height, making it one of the tallest landmarks when visiting this fantastic city! The best way to experience Marjans' beauty? Get up close with your own two eyes by taking these breathtaking views while standing at its peak so that both sunrise and sunset can be seen perfectly--something almost everyone should do before leaving their time behind them forever...

Split is a city in Croatia that was once known as Spalatum. The Cathedral of Saint Domnius, which stands at an impressive height and dates back to the 4th century AD/Romanesque period, can be found within this ancient settlement near Plitvice Lake Park while also being one example among many other structures from throughout histories such as stone walls or lavishly decorated churches making up what's called “your medieval village” located close by where visitors will find themselves immersed into tales steeped with Legend & Lore.

The Vestibule is a place of beauty and tranquillity in the middle of Diocletian's Palace. The first section that leads from this peristyle was once used for formal entrances to imperial apartments. It now serves as more than just an entranceway with its ornate detail crafted by Master craftsmen thousands of years ago.
The vestibules served multiple purposes over time - it started simply enough being only one room before evolving into two separate areas connected via archways or colonnades- each containing unique features like incense burners which would perfume both spaces when lit at various times throughout the day.

Ultra Europe is an electronic music festival held for the first time in Croatia in Split on June 27–29, 2014, by Ultra Europe Ltd. The festival has become one of the most visited festivals in South-Eastern Europe, with ticket sales growing each year. It takes three days on five different stages at the Poljud stadium. Some of the world's best DJs perform live to tens of thousands of people every year. The full lineup included more than 100 artists from all around the globe. Headliners include David Guetta, Avicii, Afrojack, Knife Party, Axwell & Ingrosso and Alesso.

Hey, guys! Have you ever heard of the Split Summer Festival? If not, let me tell you more about it! The Split Summer Festival is a music festival in Split, Croatia and lasts for ten days. It usually starts at the end of July and ends on the first day of August. The festival has a long and proud tradition of hosting performances from all ranges, whether classical opera or jazz concerts. The most important venue for this event is the Croatian National Theatre in Split, which also hosts many performances each year!

Bacvice beach festival is one of the most popular events in the Zadar region this summer. The Surfers organization from Zadar organizes this music event. It usually lasts two days-29th and 30th of June, every year. Bacvice beach festival gathers at the peninsula Bacvice near Zadar to enjoy the best hits played by famous artists, i.e. Chris Brown, Parov Stelar, Robin Schulz, Dennis Lloyd etc. Most visitors are young people between 22nd and 30sth years old, but some older people with their children enjoy good music on Bacvicas beaches. In Split, Croatia. 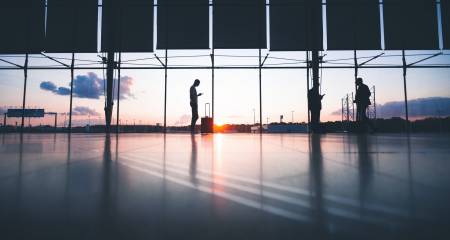