Find the best deals in Nice

Nice offers a perfect blend of an exciting seaside resort and the richness of a cosmopolitan European city. And if you want to experience the distinct bliss of the French Riviera, a vacation in the greatest city in the world, Nice, is for you.

It offers a mild Mediterranean climate, a colourful culture, a lively old town, and an immaculate coastline with great hotels. This city in southeastern France has been a popular tourist destination since the 18th century. Nice's intense light, captivating architectural structures, and imaginative market centres have long attracted artists from around the world. Artists such as Matisse and Chagall have witnessed Nice's artistic fame. As an art and history lover, you'll be spoilt for choice here, as no other French city has more museums.

Nice is a major air hub in Europe. Many budget airlines offer flights to the airport on the Côte d'Azur from London, Paris, and elsewhere. There are also fast train services from Paris to Nice. Public transport in the city includes a tram system, a transit service, and a ferry service. There is a wide range of hotel accommodation in and around Nice, from budget hotels to luxury resorts by the sea.

Despite its distinct historical profile, dating back to the 4th century BC, the city does not appear to have lost its modernism. Efforts have been made to modernize the city's infrastructure.

There are three major French roads in France: Autoroutes, National Roads and departmental roads. Autoroutes is the fastest option and in English, this road is called a highway, motorway,y or freeway depending on where you are coming from. Department roads is a good choice if you are not in a hurry and also want to enjoy scenic routes. It's a good choice for exploring new towns along the way and getting a glimpse of the vast French countryside, as this road mostly passes through towns and villages. National roads are the usual shortest routes between major centres such as ports, cities, and airports.

The best time to visit Nice is in the spring and summer. This is mainly due to the weather, but also because the city becomes more lively at this time of year.

What to see in Nice

There is much to see in Nice! Parallel to the coast stretches the famous English Promenade, 5 km long, to which Nice "owes" its fame and popularity. This phenomenal, recognizable avenue runs along the entire Gulf of Nice. It is hard to imagine that such a boulevard was originally only 2 m wide. The most famous building on the promenade is the Grand Hotel "Negresko" 5 *, built in 1912. It was included in the list of historical monuments of the city in 1974. Museum of Contemporary Art - the pride of the city of Nice, between the bus station and the Acropolis. Museum Massena (Museum of Art and History) - on the corner of English Promenade and France Street. The opposite is a part of the coast - Blue Beach. Casino RUHL from 1884 - on Av. de Verdun towards Massena Square. Marble Cross (La Croix du Marbre) - between the city centre and the English Promenade. Alberta, I Park - The oldest park in the centre of Nice. The centre of Nice is marked by a large "Sun Fountain", opposite Massena Square. Masen Square - All the major boulevards start from it. The square is reminiscent of northern Italian cities. It is the centre of city life and the place where the carnival is held. The square is recognizable by its red buildings. Massena Park - It was opened to the public in 1983. In this part is the Clock Tower, the tower of St. Francisca. Hum Castle - a 92 m high hill overlooking the old town. A beautiful park with a viewpoint, waterfalls, green areas, walking trails ... On it are the remains of a castle from the time of Greek settlement in the area. Belanda Tower (La Tour Bellanda) - at the foot of Hum Castle, near the old town of Nice. It was built in 1830 as a military facility and today the Nice Maritime Museum is located at this site, on the 214th step to the top of Castle Hill. It is equipped with a telescope for astronomical observations. A neighbourhood of narrow and winding streets, full of restaurants and cafes. This part of the city is home to a poorer world, mainly employed in the hotel and port industry. 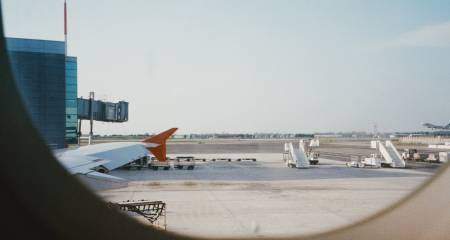 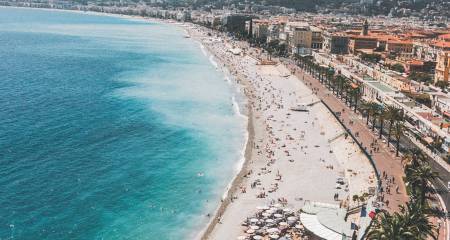