Find the best deals in Málaga

Málaga is the capital of the province of the same name, located in the Spanish autonomous region of Andalusia. It is the second-largest city in Andalusia after Seville and the sixth-largest city in Spain. Considering that the origins of the city date back 2800 years, it is considered one of the oldest cities in the world. It was founded around 770 BC by the Phoenicians as Malacca. From the 6th century BC, it was under the rule of ancient Carthage, but after 218 BC as Malacca, it was under the rule of the Roman Republic and later the Roman Empire. In the 8th century, it was conquered by the Berbers, who renamed it Mālaqah (مالقة) and ruled it for 800 years. In 1487, during the Reconquista, it came back into Christian hands. At the same time, Málaga is also the southernmost major city in Europe. Because of its location, Málaga has a subtropical Mediterranean climate with very warm winters. In fact, Málaga has the warmest winters in Europe. Between December and February, the average daytime temperature is 17 degrees Celsius. The bathing season lasts from April to November. Málaga is also the birthplace of Pablo Picasso, which you are sure to notice as you stroll around the city. A visit to the city is a special experience. Archaeological finds and monuments from the Phoenician, Roman, Arab and Christian periods have transformed the historic centre of the city into an open-air museum that displays a rich history.

Of course, Málaga is the perfect destination to enjoy the beach. There is a huge range of water sports, beach parties, bars, clubs, restaurants, and generally everything that fun-loving tourists could want. Málaga has no less than 16 beaches and each of them offers you what you are looking for with 300 days of sunshine a year. Well, despite all these beautiful beaches, it would be a shame to miss the rich historical and cultural offer of the city of Málaga. Take the combination of sea and culture and add a lively atmosphere, lots of tapas served in the bars, fashionable neighbourhoods like Soho, areas like the port that have been remodelled to offer a more modern image, and monuments with centuries of history, and the result is an exciting city that everyone will want to discover. Malaga is a great location when travelling with a family. You can find more about travelling to Malaga with a toddler.

Driving in Málaga is much less wobbly than in big cities like Madrid or Barcelona. Nevertheless, you must strictly follow the traffic rules and, of course, be careful enough. Caution is not superfluous especially because most of the year Malaga is flooded with foreign visitors who stroll through the streets while driving leisurely, so the traffic is relatively quiet.

To drive a car in Málaga, you must be 18 years old, have a valid driver's license, and show valid proof of insurance for the vehicle you are driving. In Málaga, vehicles drive on the right-hand side of the road. The speed limit on the motorway is 120 km/h (75 mph). On normal roads the speed limit is 90 km/h (75 mph), on urban roads, it is 50 km/h (50 mph), and on all other through roads, there is a speed limit sign.
It's good to know that Spain has strict drink-driving laws, allowing only 0.5 milligrams of alcohol per millilitre of blood - stricter than in the UK, where the limit is 0.8. Novice drivers are effectively banned from driving under the influence with a very low limit of 0.1 mg/l. Seatbelts front and rear are compulsory everywhere.

The A7 motorway runs parallel to the sea all along the Costa del Sol, from Málaga to Algeciras. So any time you want to get from one coastal town to another, you can drive along this A7. Also, you can opt for its newer version, the toll road AP -7 or the 'Autopista del Mediterraneo'. When you leave this motorway, the rule of thumb is that it's busy on the seaside and quieter on the mountainside. And of course, the further inland you go, towards or over the mountains, the emptier the roads are. This makes for great driving experiences!

Most popular car hire at Málaga

The most selected hire car in Málaga is Ford Fiesta, with Renault Clio and Seat Ibiza also being a popular option. The most popular car types in Málaga are mini, economy, and compact.

Want to rent a car for a one-way trip? No worries! Orbit Car Hire offers a variety of one-way Car Hire options in many locations outside of Málaga. One-way car rental is ideal for cross-town or cross-country travel, saving time by not returning to your original location. Start your reservation with Orbit Car Hire and find great options on one-way car hire at locations across the Spain.

What to see in Málaga

The great cathedral of Málaga

The great cathedral of Malaga, one of the most important architectural landmarks of the city, is popularly known as "La Manquita" or "One-Armed Woman" because of its unfinished second tower. It was built between 1528 and 1782. The building is on the site where a mosque moor was once located. Work began in the first half of the 16th century in the Gothic style, by order of the Catholic Monarchs, and was completed in the 17th and 18th centuries. The interior of the cathedral has Renaissance and Baroque influences. The chapels are also very interesting, such as that of the Encarnación, which gives the cathedral its name.

This Arab palace-fortress was built in the 11th century by King Badis of Granada. It is perfectly adapted to the contours of the land and makes the most of the height of a hill. It consists of two concentric spaces: the outer part is on a lower level and the inner part houses the palace.

This park is designed like a landscape, with curved lines that frame and delineate islands of different sizes. Within the park, there are several attractive places: various kiosks and stands, such as the bandstand, and several fountains, such as the one in La Cascada garden, a beautiful Renaissance fountain commissioned by Charles V and called the Swan Fountain or Fountain of Genoa. There are also numerous statues in the garden, many of which are dedicated to famous people from Málaga

The Picasso Museum in Málaga is located in Buenavista Palace, a building representative of Renaissance civil architecture in Andalusia. The permanent exhibition includes a selection of works from the private collections of two relatives. More than 200 works show the different styles, materials, and techniques used by this brilliant artist.

The Roman Theatre of Málaga is located at the foot of the Alcazaba fortress in the western part of the city. It was discovered in 1951 after lying underground for many centuries. It dates from the first century and was built during the Empire of Augustus. It was used until the third century.

Of course, we must not forget the beaches and entertainment. Malaga has no less than 16 beaches and, as already mentioned, the bathing season lasts from April to November. So, a visit to the beach in Málaga is something you definitely have to put on your list of things to do when travelling to Málaga. And a tip for some of the best beaches: 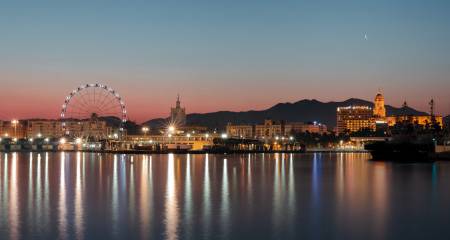 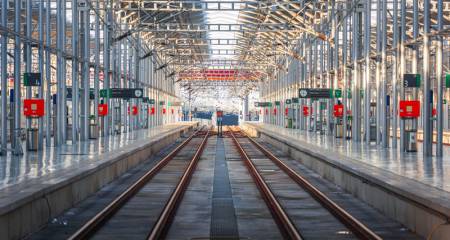 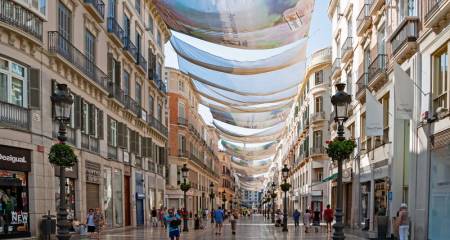 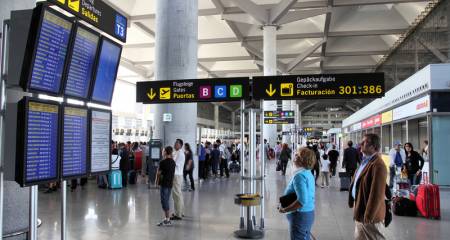