Find the best deals in Murcia

Murcia is the capital of the Autonomous Community of Murcia and the seventh-largest city in Spain with 442,573 inhabitants. It is located in the southeast of the country on the Segura River. Murcia is the perfect place to relax, both for those who enjoy walking around the city and sightseeing and indulging in the excellent cuisine and for those who like a more active vacation. Everyone can find something for themselves here. As in many other Spanish cities, Murcia hosts various festivals that are well worth a visit. The most famous festival takes place in spring, namely the Fiestas de Primavera.

Thanks to the favourable climatic conditions, it is possible to visit Murcia almost all year round, as there are hot summers and mild winters with little rainfall. You can visit the city on your own, but there are also plenty of guided tours you can book. Besides exceptional architecture like the many baroque churches, there are also buildings in which you will recognize the rococo, Moorish gardens ... In addition, Murcia is also rich in museums that have very rich collections worth seeing. Among the places of interest that you should not miss are: San Pedro del Pinatar, Cartagena, Águilas, Los Alcázares, Archena, Cabo de Palos, Caravaca de la Cruz, Santiago de la Ribera, Lorca, Mazarrón, Murcia, La Unión.

Of course, we must not forget the Costa Cálida, as the coast of Murcia is called, with long sandy beaches that offer many activities for enterprising tourists. And an interesting fact: Murcia has more than 3000 hours of sunshine a year. However, one of the most popular places on the coast is La Manga del Mar Menor.

To drive a car in Murcia, you must be 18 years old, have a valid driver's license, and show valid proof of insurance for the vehicle you are driving. In Murcia, vehicles drive on the right-hand side of the road. The speed limit on the motorway is 120 km/h (75 mph). On normal roads the speed limit is 90 km/h (75 mph), on urban roads, it is 50 km/h (50 mph), and on all other through roads, there is a speed limit sign.
It's good to know that Spain has strict drink-driving laws, allowing only 0.5 milligrams of alcohol per millilitre of blood - stricter than in the UK, where the limit is 0.8. Novice drivers are effectively banned from driving under the influence with a very low limit of 0.1 mg/l. Seatbelts front and rear are compulsory everywhere.

Most popular car hire at Murcia

The most selected hire car in Murcia is Ford Fiesta, with Renault Clio and Seat Ibiza also being a popular option. The most popular car types in Murcia are mini, economy, and compact.

Want to rent a car for a one-way trip? No worries! Orbit Car Hire offers a variety of one-way Car Hire options in many locations outside of Murcia. One-way car rental is ideal for cross-town or cross-country travel, saving time by not returning to your original location. Start your reservation with Orbit Car Hire and find great options on one-way car hire at locations across the Spain.

What to see in Murcia

It is in the Baroque style and dates from the Muslim period. It stands on the site of a mosque, which was converted into a church after the reconquest. The new building was begun in 1736 under the direction of the architect Fray Antonio de San José. The church has the plan of a Latin cross, with side chapels and two doors. The main façade is a jewel of Baroque art, thanks to the diagonal arrangement of the pilasters and the arching of the cornice and cornices.

The Cathedral of Murcia

Murcia Cathedral has many Renaissance and Baroque elements, although its interior is essentially Gothic. It was built in 1394 on the site of a former mosque. The interior is Gothic. The facade is Baroque and was built to a design by Jaime Bort. The 95-meter-high tower was built over more than two hundred years with the help of many different architects.

The museum houses one of the most complete collections of Iberian archaeological finds from various sites in the Murcia region. The permanent exhibition consists of a total of 16 rooms that offer a journey through prehistory, from the Palaeolithic Age to the Bronze Age. In addition, there are numerous examples of Iberian art. The visit is complemented by a temporary exhibition space on the theme of archaeology and educational workshops that are open all year round.

After the foundation of the city of Murcia (825), it served not only as a fortress but also as a prison and granary for the peasants. It had huge underground reservoirs that allowed the garrison to last for a long time. The walls are made of massive layers of mortar and the ground plan adapts to the topology of the terrain, extending over two terraces at different heights.

The Floridablanca Garden is located in one of the most typical neighbourhoods of the city. The garden is a result of the romantic style of the 19th century, the last remnants of which are the large ficus specimens that line the central path. The garden is now an avenue that leads from the entrance closest to Camachos Square to the statue of José Moñíno, Count of Floridablanca, a work by the Italian S. Baglietto, erected in its current location in 1849. 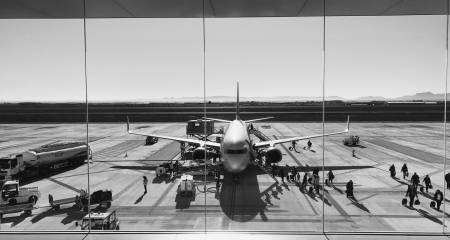