Driving Tips in Croatia: The Ultimate Guide in 2023

Croatia is an ideal country for a road trip. The capital Zagreb is connected to other parts of the country via motorways, but there are also more scenic roads around Croatia

Croatia is an ideal country for a road trip. The transport infrastructure is very well developed and maintained, so you can easily move from one part of the country to another. The capital Zagreb is connected to other parts of the country via motorways, but there are also more scenic roads such as the Adriatic Highway (D8), which connects Zagreb to Dubrovnik and is right by the sea, offering stunning views. Which road you choose will depend on your time and budget, as the highways are toll roads, and you'll have to pay the toll when you exit the highway. Tolls on Croatian roads can be paid in kuna or euros and with debit/credit cards. If you pay in euros, you will receive a change in kuna. Along the motorways, emergency call boxes are installed at intervals of 2 km, connected to the SOS network. You can dial 112 from anywhere in Europe and an operator will connect you to an emergency service in the country you are visiting. The operators can take your call in their native language, in English or French. 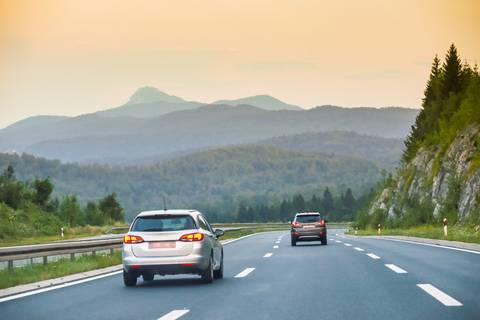 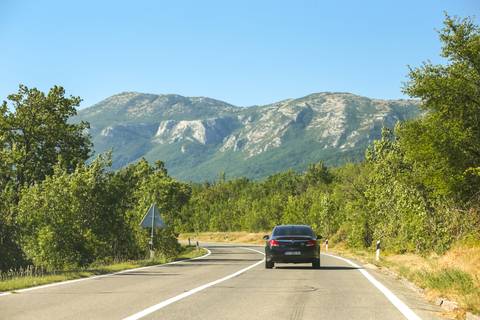 What side of the car is the steering wheel in Croatia

The steering wheel in Croatia is located on the left side of the vehicle.

Do I need an international driving license to drive in Croatia?

Do I need a green card to drive in Croatia?

No, drivers no longer need a green card to drive their vehicle in Croatia.

Can I drive in Croatia with a US driver's license?

Yes, you can drive in Croatia with a US driver's license.

Can you sleep in your car in Croatia?

In Croatia, camping outside of legal campgrounds is prohibited and can be punished. Anyone caught sleeping in a vehicle or tent in unregulated and toll-free places can be fined up to HRK 3000.

Is driving safe in Croatia?

Driving in Croatia is safe. The roads are in good condition and all you have to do is follow the rules and stick to the speed limits. You need to be extra careful on the local roads as sometimes the locals can drive quite aggressively. So it is better to drive more defensively and let the locals overtake you.

What are the speed limits on Croatian roads?

Speed limits in Croatia are all given in kilometres per hour. In general, the following speed limits apply unless otherwise stated:

Do I need winter tires in Croatia?

Winter tires or snow chains are compulsory on all winter road sections from 15 November to 15 April.

Can you drink and drive in Croatia?

Do not drink and drive. The limit for drivers is 0.05%. For professional drivers as well as for younger drivers (up to 25 years) a different law applies, the limit is 0.00%. The Croatian police carry out random breath tests, medical examinations and blood or urine samples. All road users may undergo a breath test after a traffic accident.

How long does it take to drive through Croatia?

But Croatia also has 48 inhabited islands and a total of 1185. There are many islands with islets in Croatia and some very small islands. So if you want to explore the country including its islands, you need more than 10 days. 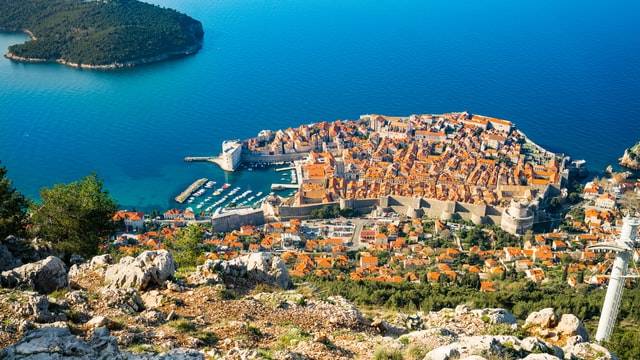 How do you travel between cities in Croatia?

The best way to get around Croatia is by car. The roads between the cities are usually in good condition, so travelling by car is by far the best solution. Of course, you can also use public transportation: bus, train, taxi and even boat taxis and ferries. 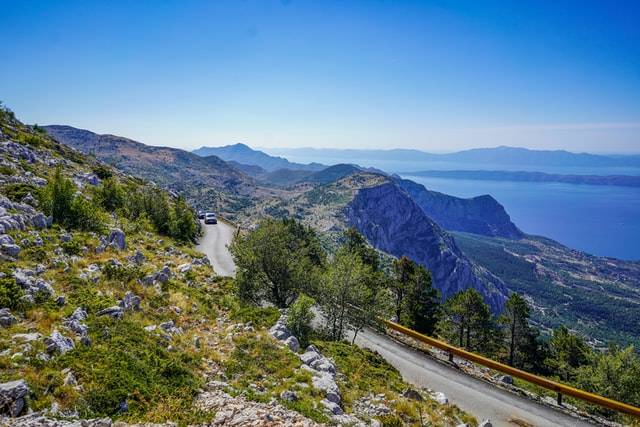 Driving in larger Croatian cities can sometimes be quite stressful, as there are many traffic jams and few parking spaces. It is often best to park your car in one of the multi-storey car parks or larger car parks at the entrance to the city and then explore the city on foot. Zagreb and Osijek also have a good tram system, so you can also use the tram or bus. In Split, Rijeka, Zadar, Pula and Dubrovnik the only public transport you can use are busses or you can rent a bike and explore the city by bike. It's good to know that especially in the coastal cities it's busy in summer, so it's best to avoid the city centre by car during the tourist season. There are also some areas in the centre of the cities, for example in Split, where you cannot enter by car because it is a pedestrian zone.

During the tourist season, you should avoid entering the cities by car, as many tourists go to the ferry port to take the ferry to one of the islands.

Driving in the countryside

All roads in Croatia are in good condition, so you will enjoy driving in the countryside as well. You should be especially careful in the tourist areas during the summer, as the roads are busier at this time and there are many cyclists and motorbikes on the road, in addition to cars (Istria, in particular, is known as a destination for many cyclists who explore this part of the country by bike). You should also be careful because various animals can cross the road (rabbits, deer, pheasants, hedgehogs, foxes). In addition to the animals, tractors and other agricultural vehicles are often seen on these country roads, where you should be extra careful as their speed is limited.

Be aware that the locals can sometimes drive quite impatiently. So give them room to overtake you if someone is driving too aggressively.

Most roads in Croatia are in good condition. The Croatian Auto Club (HAK) has a useful web application where you can find detailed traffic information, weather information, live webcam images, etc. However, you should be aware that some roads, especially on the islands and near smaller villages, are more dangerous as they have potholes, can sometimes be very windy or do not have protective fencing. It is best to reduce your speed according to the circumstances and of course, be extra careful in these areas. 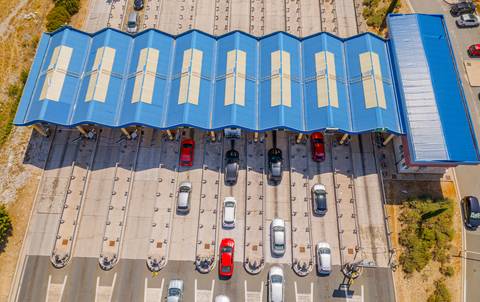 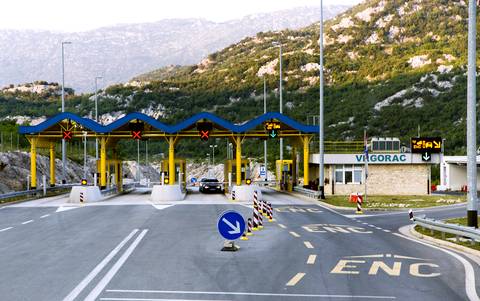 The motorways in Croatia are subject to tolls. This means that you will have to pay the toll when you leave the motorway. Make sure you do not lose your ticket, as it serves as proof of where you have driven on the motorway: You take the ticket at the entrance and pay at the exit. There are automatic toll booths or even a toll booth operator (most toll booth operators speak English, but you also have a digital display where you can see the price you have to pay). Tolls on Croatian roads can be paid in kuna or euros and with debit/credit cards. If you pay in euros, you will receive a change in kuna.

There is also a prepaid card system called ENC, which gives you a 10% discount on tolls. 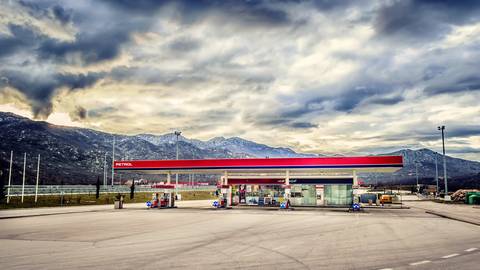 If you are travelling on the highway or in a major city in Croatia, you will have no problem finding a gas station to fill up your tank, as they are quite common. On the highway, there is always a sign in front of the gas station that tells you how many kilometres you have until the next gas station.

If you are travelling in the countryside to visit small villages and explore nature, keep in mind that it is good to fill up your car before you start exploring the area, as gas stations are not so common in these areas.

There are no automatic machines at gas stations in Croatia. This means that after filling up, you will have to go to the small shop that belongs to every gas station in Croatia and give the number indicated on the machine so that the clerk can charge you the amount.

Every petrol station has a small shop where you can buy snacks, drinks, toiletries, and car accessories such as windscreen washers, AdBlue, engine oil, windscreen wipers, etc. Larger gas stations, especially those on the highways, also have a small bar and restaurant, toilets and a children's playground. 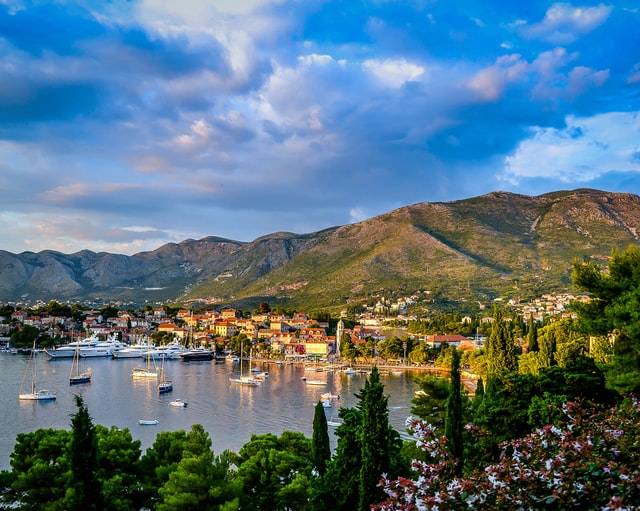 Is it worth hiring a car in Croatia?

Renting a car in Croatia is the best way to explore this beautiful country. The larger Croatian cities such as Pula, Zagreb, Rijeka, Zadar, Split, Šibenik and Dubrovnik are located in different parts of the country but are well connected by motorways and country roads. If you use public transport, you will lose a lot of time and also be limited if you want to explore the surroundings of, for example, Dubrovnik. If you rent a car, you can move at your own pace. You can stop whenever you want and you have many more opportunities to discover Croatia.

Driving a rental car from Croatia to Montenegro

You can drive a rental car from Croatia to Montenegro or any other European country, but you will have to pay a border crossing fee

What documents do I need to hire a car in Croatia?

To rent a car in Croatia, you must be at least 18 years old (age may vary depending on vehicle category) and have held your driver's licence for at least 1 year. A young driver surcharge may apply locally for drivers under 25 years of age. If you do not want to take out comprehensive insurance, you should have your credit card with you as you will probably need it for a deposit.