Vienna is the capital and the city of Austria. It is the most famous and beautiful modern metropolis in Europe and one of the cultural and historical centres of the world. The most important sights: Hofburg, Parliament, St. Stephen's Cathedral, several palaces and museums (the best art collection in Europe). There are many cafés and restaurants with tasty dishes that will introduce you to Viennese cuisine. You can spend the evenings at balls or concerts in halls like the Musikverein, the Volkstheater or the Burgtheater.

Right-hand traffic and compulsory wearing of seat belts in the front and rear seats. You need an international driving licence to drive in Austria, but if you are staying in the country for more than six months, you must get an Austrian licence. As in most Western countries, drink driving is illegal and the penalties are severe. The minimum penalty is 360 euros and the loss of your driving licence. The maximum blood alcohol level is 0.05.

When renting a car, read the small print in the contract about where you are allowed to take the car. Many rental companies prohibit drivers from taking rental cars to Eastern European countries. If you do this anyway and get caught, the consequences are extreme. Speed limits are 30 to 50km/h inside built-up areas, 100km/h outside built-up areas and 130km/h on motorways.

Driving in Vienna in winter does not present any particular challenges. If you are used to driving in snow, then it is just like at home. However, if you come from an area where there is not much snow, be prepared for icy roads and make sure your tyres are of good quality (M+S approved). Even if you follow common sense and stay off the roads when it's snowing (recommended!), keep in mind that not everyone follows this advice. Be especially careful when driving on bridges and other elevated surfaces, as these freeze first and melt last.

Most popular car hire at Vienna

The most selected hire car in Vienna is the Volkswagen Polo, with the Opel Corsa and Volkswagen Golf also being a popular options. The most popular car types in Vienna are mini, compact and economy.

Want to rent a car for a one-way trip? No worries! Orbit Car Hire offers a variety of one-way Car Hire options in many locations outside of Vienna. One-way car rental is ideal for cross-town or cross-country travel, saving time by not returning to your original location. Start your reservation with Orbit Car Hire and find great options on one-way car hire at locations across the Austria.

What to see in Vienna

Vienna is a strange city. On the one hand, it is one of the most interesting and oldest cities in Europe (number one for some). On the other hand, it does not make much of an impression - at least not compared to Paris or London. But give Vienna time. If you spend a few days exploring the hidden corners and backyards, Vienna will grow on you. The city has some truly remarkable sights that are worth seeing:

The Secession Building, a showpiece of Art Nouveau built at the beginning of the 20th century. It was built at the beginning of the 20th century. The building itself stands out from its neoclassical surroundings by being light and airy, with lots of glasswork and open spaces. It was the headquarters of the Vienna Secession, a group of artists who broke away from the traditional art scene to push boundaries and create something new (named after an exhibition they held called "The Secession of Paris"). All'interno dell'edificio sulla parete destra ci sono le sculture di Josef Madlener e Koloman Moser .

On the opposite side of the Ringstrasse is the neighbouring building of the Secession, another important landmark of this part of town. If you have time, you should definitely go inside and spend a few hours looking around. There are many beautiful details to discover there, including some stained glass windows designed by Gustav Klimt.

Drive your rental car beyond Vienna

One of Vienna's most popular panoramic routes is the Kahlenberg Route, which offers a view of the entire city. On one side you can see the historic city centre with the famous Ringstrasse and on the other the rolling hills of the Vienna Woods, populated by castles. On sunny days you can see as far as Bratislava in Slovakia. Also beautiful is the Lainzer Tiergarten, Vienna's own little zoo just outside the city, architecturally influenced by Otto Wagner, the pioneer of Arts & Crafts. It takes you through beautiful former imperial hunting grounds and along long forest paths, full of flowering blueberries in summer, to the zebras that have their stands at certain times of the year. The huge former imperial residence Lainzer Schloss houses a museum dedicated to Franz Joseph Haydn, who spent his childhood here from 1761. On nearby Peacock Island, you can stroll through an imperial garden and pavilion decorated with mosaics by Gustav Klimt's sister Maria Schell. You can also take a boat trip on the lake at Dianabad to admire 19th-century bathing facilities and neo-classical buildings in a nature reserve full of swans and duck families.

The most popular panoramic road is undoubtedly Wachau-Dunkelsteinerwald-Schneeberg. This route winds through picturesque vineyards along the Danube to the Rax, the highest peak in Lower Austria. The Schneebergbahn takes you to an altitude of 1438 metres, where you can enjoy a view over all four provinces of Upper Austria, Lower Austria, Burgenland and Styria. The narrow-gauge railway was built in 1907 and runs from late March/April to November on Sundays or daily on request. For groups of at least 8 people, there are day tickets for the round trip for €25.50 per person, including the ascent and the visit to the observation tower.

The second most famous panoramic road is the Neusiedler See-Seewinkel Tour, which takes you from Vienna through Burgenland's only national park and along the shores of Lake Neusiedl, which is particularly famous for its cranes. The bird paradise stretches from a few kilometres west of Szentgotthárd to the Hungarian border with Romania. It is part of a large migration corridor that also passes through Rakhiv in western Ukraine and into the eastern Romanian "Carpathian Arc". On the way, you will pass some beautiful churches as well as cafés and small shops where you can buy local specialities such as specially dried meats, fruit wine, dumplings or sweets. In autumn you have the chance to watch storks nesting on the chimneys before they migrate south for the winter. 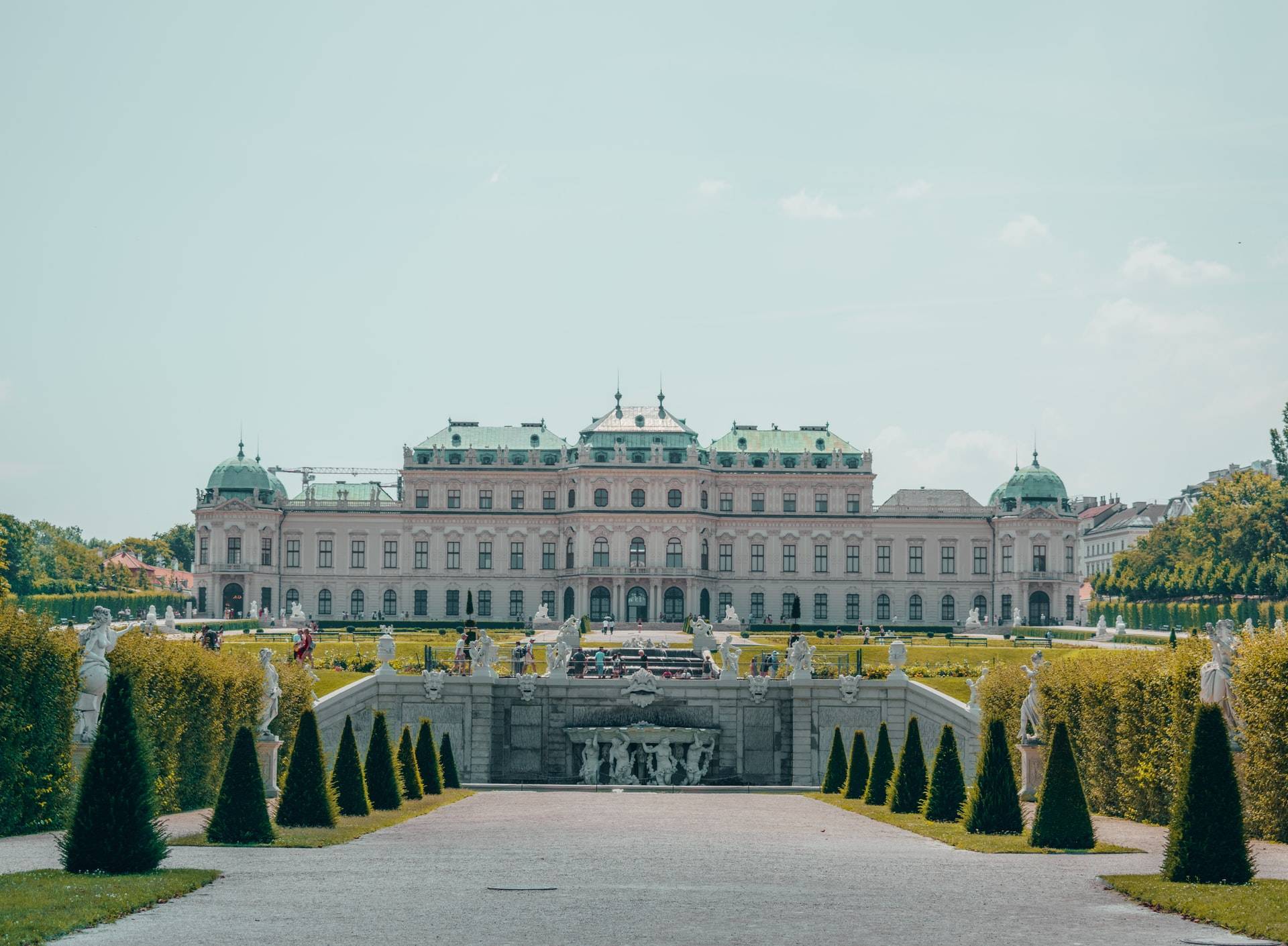 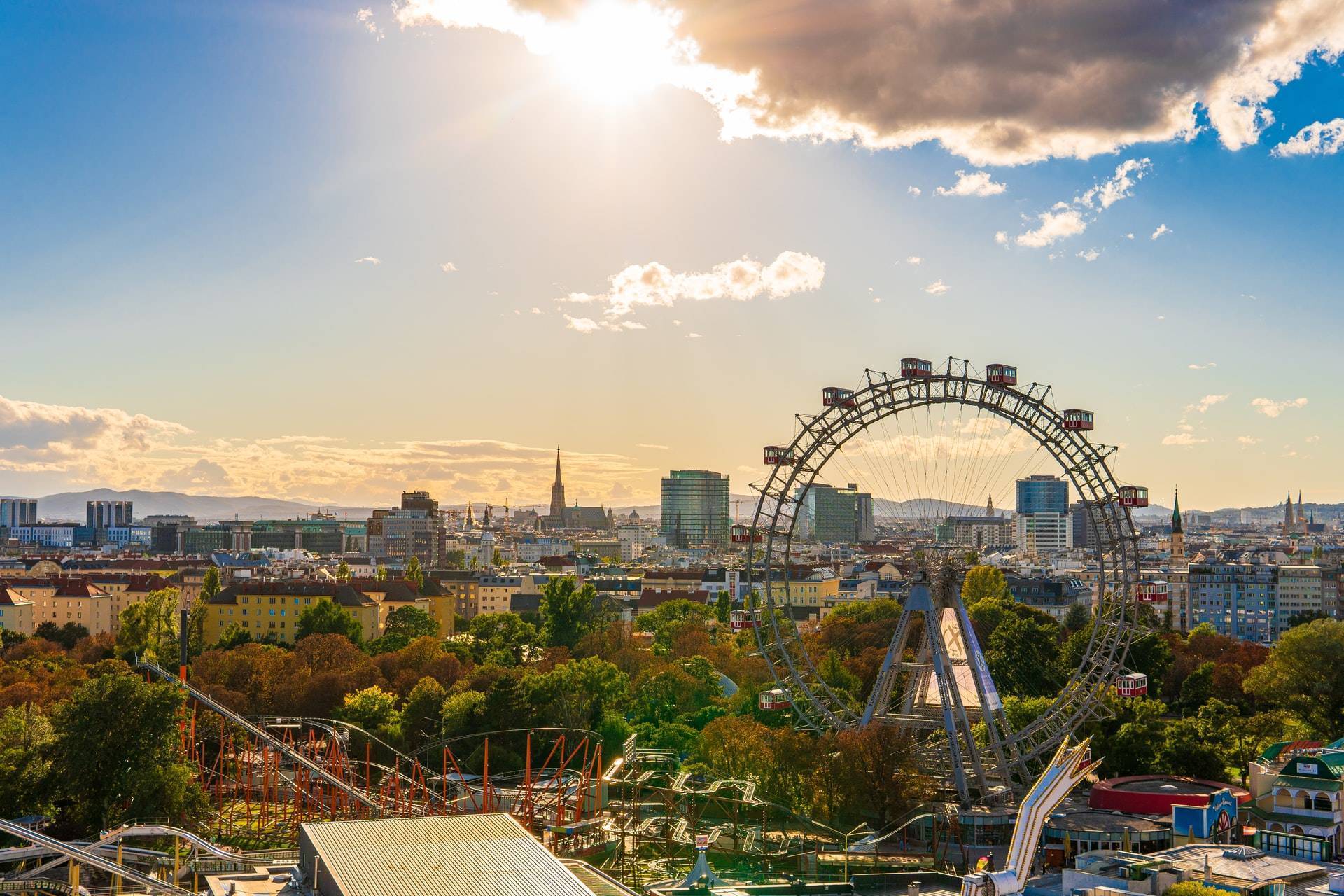 Where to eat, drink, and party in Vienna

Are you in Vienna and looking for great food? You can break the bank in fancy restaurants or eat street food like falafel, pork kebabs (Dueruem) or really good currywurst.
It's impossible not to find something to suit your taste. Even though pork still has an exotic touch for most people in Europe (with the exception of Eastern Europeans), do not be afraid to jump into one of the many Dueruems or other food trucks that serve it. It's delicious. 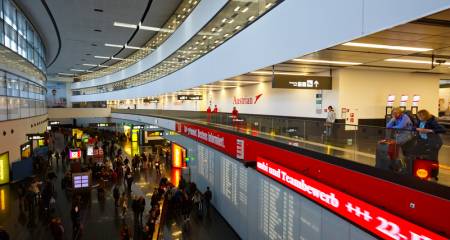