Find the best deals in Lyon

Lyon is a city in the east of France at the confluence of the Rhône and Saône rivers in the Auvergne-Rhône-Alpes region. It is the third-largest city in France and the second-largest metropolitan area in the country.

Lyon was founded 2000 years ago and grew mainly thanks to the silk industry, which was very well developed here. In the 17th century, Lyon was the so-called silk capital of Europe. Today you can visit the historical remains of factories from the rich history of this city. You will fall in love with the beautiful Renaissance old town.

Lyon is on the UNESCO World Heritage List. The oldest historical relic of France was discovered here in Lyon. Many things make this city unique. It is naturally divided into three parts, separated by the Rhône and Saône rivers. Most of the historical and cultural sites are located in the west and centre of the city. Here you can admire many Gothic churches, Renaissance houses, and the beautiful Renaissance old town. Also, if you like to discover ancient Roman history, this is the place to be. There are many Roman remains here that are open to tourists.

Lyon is the so-called culinary capital of France. Experiencing the food here in Lyon is something special. This is what is known as the essence of French cuisine. There are some of the most famous restaurants in the world here and generally, the food is delicious everywhere in the city. You can discover French culture through food and this is truly a unique opportunity that you should not miss.

As the third-largest French city, you have to expect the traffic in Lyon to be pretty heavy at times. But if you play by the rules and follow the road signs, you will not have any problems driving around the city. However, special care should be taken when driving in the old town, as there are many narrow and steep streets. If you are not used to this kind of driving condition, it might be better to park your car in one of the parking garages or a public parking lot and explore this part of the city on foot.

But if you drive outside of Lyon, you'll enjoy really good roads with good connections to all of France. You can choose between local roads and motorways, so it's up to you which type of road trip you prefer. If you prefer to explore cities, you should take the motorway so you can get from one city to another faster. However, if you prefer country life, villages and small towns, local roads are the best option for you. The local roads are usually in good condition so you will have a lot of fun here as well.

Most popular car hire at Lyon

The most selected hire car in Lyon is Ford Fiesta, with Renault Clio and Seat Ibiza also being a popular option. The most popular car types in Lyon are mini, economy, and compact.

Want to rent a car for a one-way trip? No worries! Orbit Car Hire offers a variety of one-way Car Hire options in many locations outside of Lyon. One-way car rental is ideal for cross-town or cross-country travel, saving time by not returning to your original location. Start your reservation with Orbit Car Hire and find great options on one-way car hire at locations across the France.

What to see in Lyon

This is the ideal place to explore the city's medieval past. You can walk through narrow streets with many small squares with many local restaurants. There are also many small shops and bars in these streets and squares. The atmosphere in this part of the city will surely enchant you.

Lyon is located on the site of the ancient Roman city of Lugdunum. Today, many remains from that time can still be seen in this museum. You can admire buildings, baths, theatres, vases, sculptures, all kinds of decorations and tools, coins, ceramics, etc.

This fascinating museum is second only to the Louvre as the most important French art museum. The museum has an impressive collection of all kinds of objects from the Egyptian period to the present day. There are many sculptures, paintings, vases, tools, writings, etc. to see here, but also a large collection of impressionist and modern paintings. These are just some of the painters whose works are exhibited here: Delacroix, Géricault, Rembrandt, Rubens, Poussin and Véronèse.

It is located in the oldest part of the city and is visible from everywhere in the city, as it is located on the Fourvière hill. From this hill you also have a breathtaking view of the city, so you should walk around the basilica as well. But of course, you will also enjoy the impressive interior of the basilica. It was built in Romanesque and Byzantine style and is dedicated to the Virgin Mary.

The father of cinema was born here and also worked here in the city of Lyon. There were two of them - the Lumière brothers. In 1895, the first film screening in history took place in France. The film lasted about 45 seconds and was titled Workers Leaving the Factory in Lyon. Today you can visit the museum dedicated to the work of these pioneers of cinema. 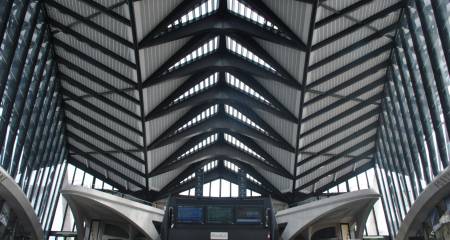 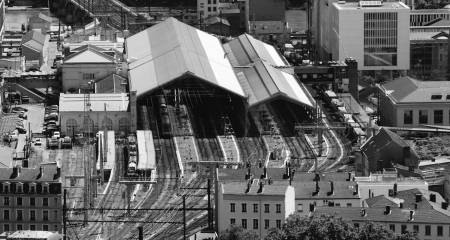 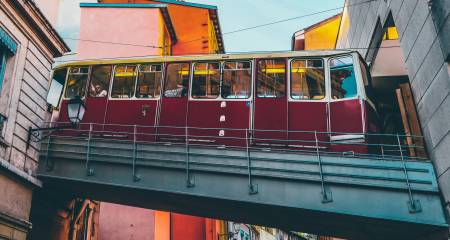