There are many advantages when you compare car hire at Gold Coast Airport. First of all, you can save a lot of money. If you book your car hire online, you can often get a discount. Also, if you book in advance, you will usually get cheaper rates than if you wait until the last minute.

Another advantage is that you have more choice when it comes to renting a car. You can choose the make and model of the car, as well as the size and type. This gives you flexibility when planning your holiday.

Finally, getting around is easy and convenient with car hire at the airport. You do not have to worry about finding a taxi or waiting for public transport. Instead, you can just jump in your car and drive off. This gives you more freedom to explore the area and see everything it has to offer.

So if you are looking for a great holiday experience, be sure to compare car rental at Gold Coast Airport. You'll be glad you did!

Why rent a car in Gold Coast

Where to pick up your Gold Coast Airport rental car

Picking up your rental car at Gold Coast Airport is an easy process when booking with Orbit Car Hire. You will find brands such as Avis, Budget, Europcar, Hertz, Sixt, Goldcar, and Enterprise to have rental kiosks inside or near the terminal.  You will find your rental car pick-up instructions on your voucher, you can also see it while searching for offers through Orbit Car Hire.

Looking for a rent a car for pleasure or business at Gold Coast Airport? With our search engine, you can find low prices for all categories from economy to luxury, mini-vans to SUV so you will be able to find the car that suits your trip. In the search engine at the top, you can enter your pick-up and drop-off locations. You will find low prices with no hidden fees, filter your preferred transmission type. Book online and help you with our customer support team by phone, email, or Live Chat.

How can I save money on my rental car? 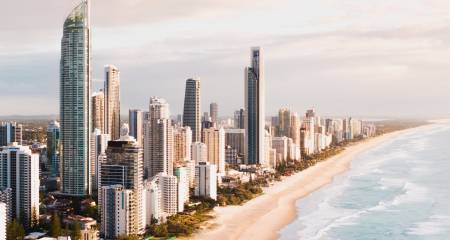